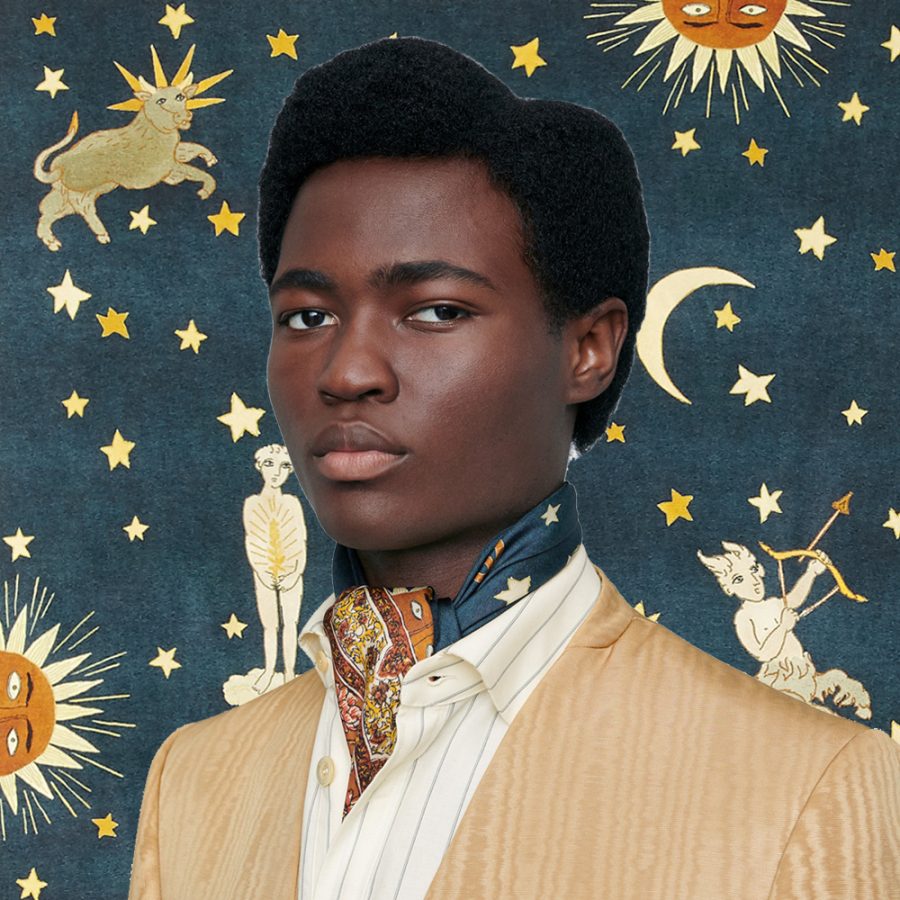 Gucci has released a gorgeous looking men’s zodiac scarf, however, it’s not exclusively for the guys – I want one too Gucci!

The luxury brand has most certainly taken inspiration from the rug below, which I spotted ages ago on Pinterest. It’s described as coming from the Kerman area, south west Persia in the early 20th century with measurements of 6ft. 7in by 4ft. 4in.

I wonder where it is now? 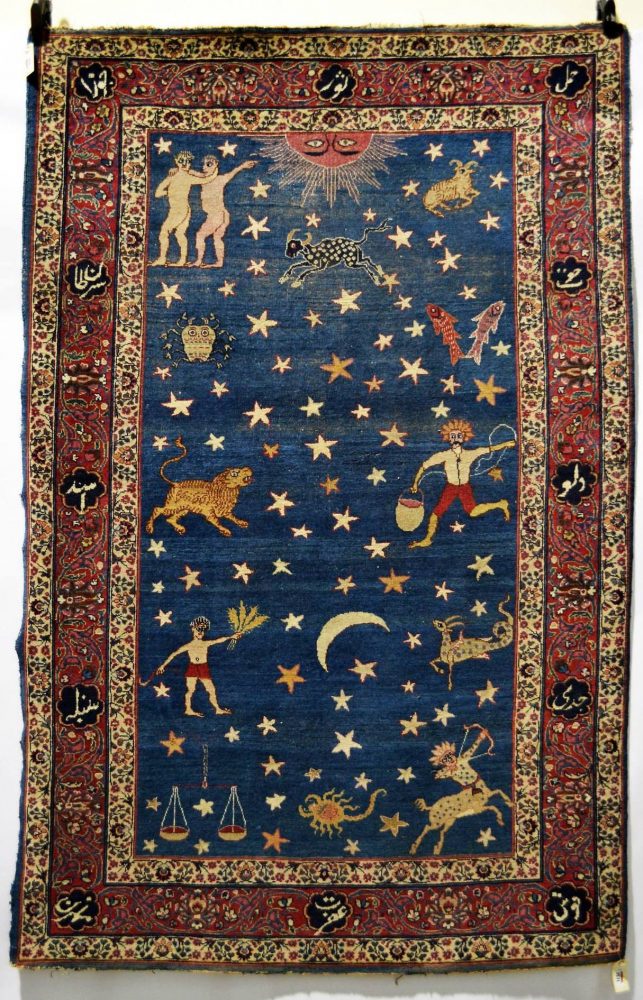 The design of stars and zodiac motifs stand out against a vivid blue night sky, and sits within the Fall Winter 2019 collection. 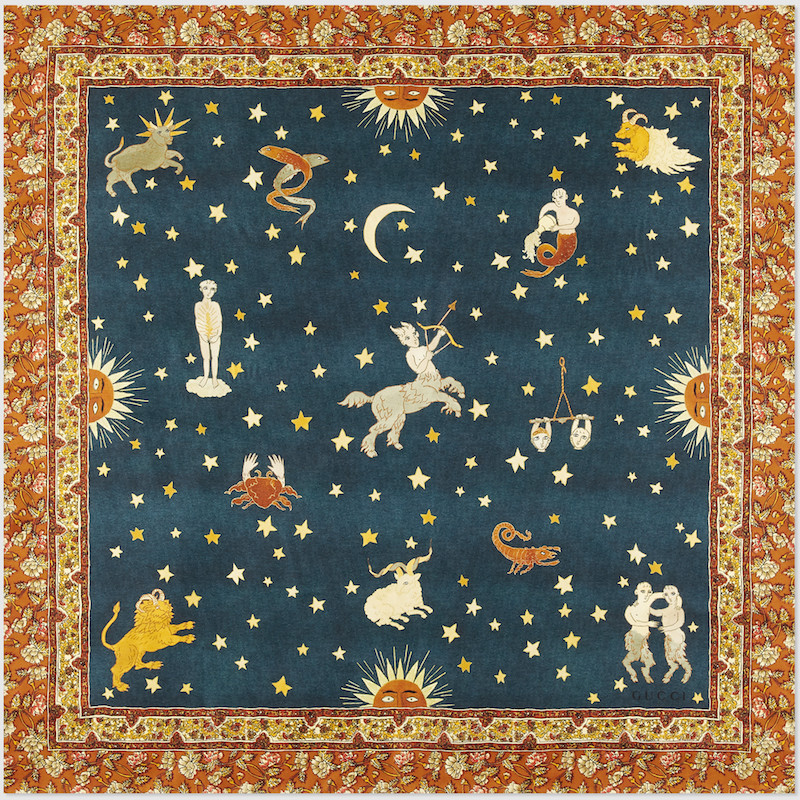 In fact, it looks like the team at Gucci haven’t deviated too far at all from the original design!