Backstage At Dolce And Gabbana 2014…

The Sun may be the bright star of our solar system but Jupiter’s a pretty big deal too! The largest of the planets, Jupiter is expansive and spreads messages through channels including the media, the press and publishing – so just as Mercury rules communication, Jupiter rules newspapers, magazines and the trends that are highlighted in them, making their way into our collective consciousness.

If like me you’re keenly following Jupiter’s transit through Leo then this will be a helpful guide to the planet’s movements throughout 2015.

I’ve also outlined what to expect during this time, including when the planet retrogrades (from the 2nd of January to the 9th April).

Enjoy, and I hope Jupiter brings you luck in your life this year.

Before we dive into Jupiter shiz let’s start by looking at the lovely days to mark in your calendar – these are the big, beautiful days in 2015 to look forward to…

Venus meets Uranus in Aries and they create a harmonious aspect to planet Jupiter (they also square Pluto in Capricorn…) It signifies a powerful day for big change, electric and full of major fireworks!

Think major revolution, embrace the position of the stars above. It’s supersonic for Aries, Leo and Sagittarius in particular.

Jupiter meets Venus in the sky – big and beautiful! Especially lovely if you have planets at 21 degrees of Leo…

Jupiter sits with Venus again, this time at 28 degrees of Leo.

About Jupiter He may not look it here(!) but Jupiter is a super-sized planet, the largest in our solar system and befittingly it’s the planet representing growth, expansion and abundance. It’s also the planet of higher learning, greater knowledge, spirituality and ‘the journey’.

Jupiter rules over many things that are off-shoots of these, including religion, universities, foreign affairs, long distance travel etc. It even rules over gambling and the ‘largeness’ of its character can be prone to exaggeration, ‘blowing up’ or being overly optimistic with blind faith…

About Leo The constellation Leo is ruled by the Sun and has an affinity with royalty, theatre, gold, and with creativity, recreation and play, too. As the only sign that’s ruled by the Sun it’s most associated with self-expression, and our ego.

What Does Jupiter In Leo Mean To Me?

Jupiter’s transit means different things to different people, depending on what area of your personal chart this planet touches.

A hint can be gleaned by looking at it’s last transit – the last time Jupiter rolled around was 2002-2003. Think back to that time and reflect on the changes that year bought – what was going on? What grew or what adventure was embarked upon?

Generally Jupiter is thought to bring luck and expansion to the place in your chart that it touches, you can think of it very generally by working out the house it transits by your Sun Sign but also your Rising Sign too.

Read both and see which resonates with you…

Jupiter is visiting your house of creativity, play and romance so now marks a wonderful period to be inspired, be recreational and simply to have fun! You might meet the love of your life this year or have wonderful times in the bedroom!

Luck is reigning on the home front with Jupiter gracing your house of family – you might be moving into a bigger home now or adding to your brood. You might be buying a new place – don’t fret if progress stops and starts, you can use your retrograde periods to read up and do your homework!

Residing in your third house of communication Jupiter could bring a boost for Gemini’s through networking over the next few months. You love to gossip and branch out through new avenues and thankfully Jupiter will reward you for making these new connections – bliss!

The second house is the home of material goods, including money and our earned income so you could be getting a boost to your earnings or simply sitting pretty as far as finances go. You’ll be offered security in one way or another and you could benefit from a sense of stability now.

The planet of luck is busting out all over Leo lads and lasses, bringing you a doses of unexpected, ego-boosting brilliance! Okay, it might not be totally obvious but the planet of expansion is weaving his magic for you dear leolines – if you don’t believe me why not make a gratitude list to acknowledge the things this year has bought – and is bringing?

This year is a good time for Virgo to rest and retreat, making plans and preparations behind the scenes, because when Jupiter enters your first house in the latter part of the year the time will be right for you to launch any long-held dreams. Dream them up now, and they’ll come true!

Friends and group activities will bring you luck this year Libra so spend time in the community or among ‘your people’. The more generous you are with your time the more you’ll get back, no doubt you’ll meet some fabulous new contacts but best of all you’ll have fun!

Serious Saturn has left your sign only to return briefly for a spell later in the year and Jupiter is in your house of career and public reputation. It’s a wonderful time to climb the success ladder and the more ambitious you are the better the cards will fall. Go for it Miss Scorpio.

Saturn may have moved into your sign, prompting major (serious times and) life lessons, however Jupiter’s your ruler, and its move into your ninth house (house of travel, adventure, higher learning – all the stuff you love), well it’s like a double whammy of goodness. Enjoy!

Luck comes in the house of other peoples money, taxes and inheritance so at best, you could be the recipient of a windfall or lump sum of money. You’ll also do well in major change and transformation – Pluto is hanging out in your sign for the duration anyway but Jupiter could lighten the load…

Your relationships receive a boost with Jupiter transiting your house of partnerships, work with others and you’ll do well or recognise the positive in having your ‘other half’ – yes Aquarius can be a lone wolf but we all need a friend! Single? You might meet your life partner before the year is out.

Time to embrace the day-today Pisces. Jupiter is hanging out in the area of your chart governing work, health and routine so you can succeed with a new vocation or simply boosting your efforts at the gym. Luck shines when you improve your diet so think about wellness.

One way to honour Jupiter in Leo is to notice those things around you that speak of Leo, as they could be highlighted even more now – watch the universe in action!

Because the largest planet in our Solar System governs expansion it rules over anything that spreads the word, including publishing. A wonderful way to make the most of Jupiter’s transit is to watch the trends, keep track of what appears in press, papers and magazines. Keep your peepers peeled for signs over the next 18 months and you’ll be sure to spot more! For example, Royalty in the press (Andrew!), beauty features with GOLD as the signature colour, crowns, crests and lots of baroque touches in fashion, like those seen at Valentino and Dolce and Gabbana… 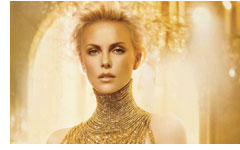 Now’s the time to cultivate the midas touch about your fashion as GOLD looks phenomenal this year. The best colour for Leo natives are burnt orange, regal purple tones and their best colour – gold… If this hue’s not usually you but you’re curious give it a try! 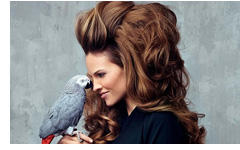 Big hair is totally a Leo thang, in fact, the Leo head of hair is their crowning glory! They’re proud of their mane and now that Jupiter’s in Leo you should be too – read more and see the stars that have a beehive or more in Leo, The Mane Attraction. 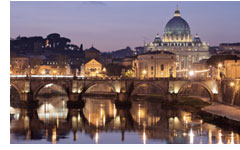 Use the energy of Jupiter to inspire your travels and visit places and spaces ruled by the Lion, including the city of Rome, Bath, Chicago, L.A. and Singapore. Italy, Sicily,  Bhutan, Indonesia, Malaysia and the Maldives are countries that are Leo ruled too… See more in Astrology And Places. 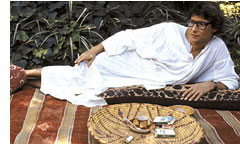 With Michael Kors, Chanel and YSL among the big names you don’t need an excuse to wear a Leo label! Some of the most luxurious were founded by Leo’s – surprised?

Wear a Leo label and you could be more creative, and your sense of showmanship may thrive too… (Any excuse…) See the Leo Fashion Designers, here. 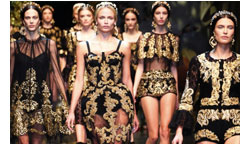 This year if you’re having a party or event why not go OTT? Opulence and extravagance might go down brilliantly if you style it right. You can dare to be a little brash, this isn’t Capricorn we’re dealing with! Leo doesn’t mind if it’s gold paint as long as it’s got a gilded shine… Bring on the ferrero rocher!

Leo is a lounge lizard when the sun shines, bask in its rays and get your vitamin D fix this year. Or if you’re fair of face simply use sun prints and sunflowers around you! Perhaps as a motif around the home – bring cheer in – and theatre! You can also consider decorating with leopard print, and lion statues.

Did you know Jupiter Retrogrades?

That’s right Stargazer, the planet of luck and expansion goes back and forth, just like Mercury, Venus and other planets on our Solar System.

From the 2nd of January 2015 the planet will retrograde, turning direct again on the 9th April.

During the Jupiter retrograde period it’s a good time to revise, revisit and rethink. It’s very much a time when the Jupitarian energies that once were propelling you forth are on slow-mo, it’s a great time to get a clear perspective on matters that are being touched by Jupiter to see that you’re on-track (refer to the guide above to see which house Jupiter is transiting by sign).