She Wants What She Wants, But Venus Is Retrograde…

Later this year, planet Venus will make an about turn – just like Mercury does – but this is so, so much BETTER! Why?

Because while Mercury rules the mind (emails, communication, commerce – all the dry stuff) Venus is money, friendship, love and pleasure… Romance, fashion, affection, intimacy, sweet moments and girlie things (think: sugar, spice and all things nice), they’re all ruled by the goddess Venus – money and your bank balance too…

What Is Venus Retrograde?

The best way to think of any retrograde period is to see the planets path becoming very busy.

For example, when Mercury goes retrograde the communication highway gets super active – that’s why mistakes are occurring around Mercury matters – commerce, short journeys and exchange, because everything is travelling at lightning speed. There are more cars on the road, metaphorically speaking.

Venus is the planet showing what we like and what we value (read more about Venus in detail here).

For the Venus Retrograde period lets envisage a social occasion, rather than a rapid stream of traffic… Imagine a popular restaurant get twice as busy. Passions run high and the kitchen gets heated – especially with Venus in scorching Scorpio! Everyone’s getting a bit flustered and fraught, people can’t see the waiter and the cracks are beginning to show…

This is Venus retrograde.

It’s not communication that’s getting thrown off balance – it’s our sensual, sociable nature. What we value is coming under scrutiny and people are contemplating, reflecting and reviewing what and who they love, how they show affection, flirt and attract a mate.

If you hear people complaining during a Mercury Retrograde that they messaged the wrong person and lost their mobile phone, during Venus Retrograde listen for outlandish declarations of love and watch for extravagant purchases, made on a whim…

Who Will Feel It Most? Taurus, Libra And Scorpio…

Venus-ruled things fall under the two zodiac signs Taurus and Libra, so these signs are particularly sensitive to Venus Retrograde (don’t forget to consider your rising, moon and Venus sign!)

Taurus rules the senses (beautiful scents, pleasing art scenes and landscapes, valuables, material wealth, riches etc.) and the assets with which to indulge!

Taurus is akin to second house matters in astrology – where we find value and our personal power (also linked to money) and Libra is seventh house, how we relate to others and balance two egos harmoniously, although the houses do not mirror the signs, per say. 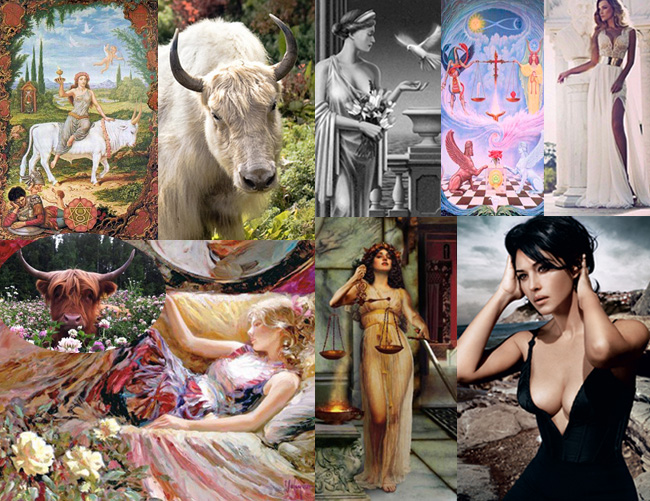 In our natal chart Venus represents our inner goddess, what we like to buy and spend money on; it’s how we dress up to attract a partner, the style in which we flirt – even how we draw friends and lovers in with our unique feminine style. Read more about your Venus sign here.

Where is Venus transiting in your natal chart? Does it aspect your Venus or another planet? Your Ascendant, or Midheaven? If you have planets or angles in Libra or Scorpio it’s likely this will be a significantly interesting time for you!

Venus retrograde is a good time to re-assess and re-discover our values. Who do we appreciate? What do we like and appreciate around us in the way of material goods, people, friends – what qualities do we like in others? In ourselves?

How do we attract and value money?

Romance may come under scrutiny, and with different aspects of relationships being re-visited (love and friendship) you can expect past acquaintances (perhaps old lovers) to reappear. It may or it may be necessary to re-visit old issues around friendships and relationships and it’s a great time to deal with matters of the heart.

Beauty, fashion, re-decorating and make-overs may have to be ‘re-done’ when Venus goes direct. Money and finances could need going over and social events and parties may not be as straightforward as planned…

Venus rules how we dress up and beautify ourselves and our surroundings (look to your Venus sign for clues on your personal style, for example if you’re an Aries your Venus could be in Taurus, blending fire and earth, dressing for action and comfort.) 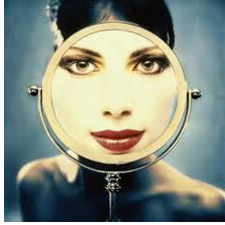 When Venus retrogrades you can remodel, redefine and rework your choices. This is a great time for reflection, and a mood or inspiration board will reaffirm and realign your unique, personal tastes.

Do not however make major new changes, book in for drastic haircuts or get the decorators in just yet though – this is the contemplation stage.

The retrograde period is prime for reviewing, reassessing and rebalancing your figures. Hold off implementing any ideas for reconfiguration – this period is better used for reevaluation rather than beginning new financial commitments. It’s about tying up loose ends, revisiting old debts. It could be a great time to go and get a refund and have people pay up, likewise you can reimburse or repay others.

Just as buying electronic and communications equipment isn’t advisable during Mercury Retrograde you’re better off waiting to buy luxury goods and beauty related purchases. You might want to avoid large expenditures where fashion and frivolities are concerned – now is not the time to pull together a capsule wardrobe of ‘investment’ pieces, definitely not on credit. 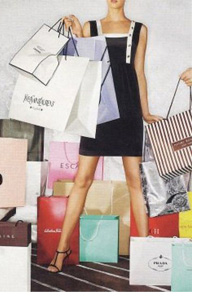 Your instincts could be off during this time so stick to window-shopping or check the returns policy.

There’s no harm in using the Venus Retrograde to you advantage when it comes to shopping, the secret is to know the true value of what you’re buying and make an informed choice. It can be a great time to barter and bargain, as long as you’re the one in the drivers seat. It could be a great time to manifest and attract some beautiful impromptu pieces into your life – think flea markets, second hand shops or simply a gift from a friend. One mans trash is another’s treasure as the saying goes, and people could be reviewing their valuables during this time. It’s a good time to think about luxury purchases but wait till later to put down a deposit…

A relationship started during Venus Retrograde will carry the energies of that particular time; as Carl Jung said:

“We are born at a given moment in a given place and like vintage years of wine we have the qualities of the year and of the season in which we are born.”

Projects, relationships, people and businesses all carry an astrological imprint; a relationship commenced during Venus Retrograde could get off to a repetitive or exasperating start. At best you could have a long, drawn out honeymoon period, however one’s romantic inclinations could be receiving a sensory overload.

A suitor could seem far more magnificent, charming and fabulous than they really are, and when Venus resumes normal function the rose tinted glasses come off.

That burning desire may ebb and flicker to a low flame – don’t trust ‘the heat’ of the moment during the Venus Retrograde, you can reassess and commit when the planet goes direct. You’ll be in a better position to make decisions about your romantic inclinations on the other side… Just sing “I can see clearly now retrograde has gone” for added will power! Wait till after the party’s over and Venus moves into the more serious sign of Virgo to make firm commitments around relationships!

If you’re in a relationship Venus Retrograde offers you an opportunity to resolve any issues with your partner and recommit to the relationship – if you’re wed you can even remarry! Reaffirm your love, rekindle and reignite the romance, rejoice and reproduce! If it’s time for a reshuffle now is the time to reassemble the jigsaw to create a beautiful picture.

Venus retrograde speaks of past relationships coming out of the woodwork (that goes for both romances and friendships), or if you’re experiencing a break-up it could take quite some toing and froing before you’re able to put it to rest. With Jupiter in Scorpio there’s even more emphasis on partnership and harmony now, it’s good to practice patience too… 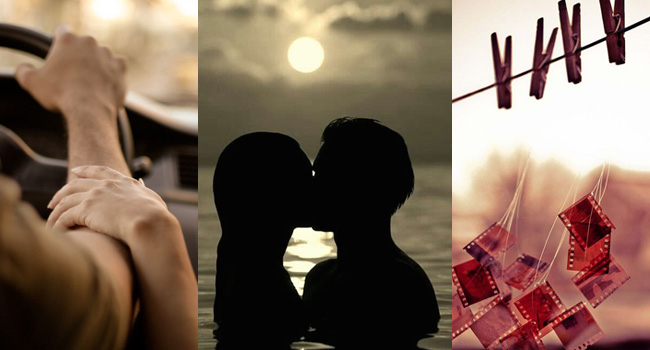 Reminiscing can be totally therapeutic, especially if you’re ready to go back over the old and dig up the treasures from the past. Ensure a reexamination is positive by appreciating the good times, knowing they were right then, even if they wouldn’t work for you now. Seek gratitude for the peak of happiness in that moment, and if you decide an old flame could be reignited the universe could well support you now…

Venus is ruler of art, music and aesthetics – why not look to refresh your interests in a past pursuit? Feminine hobbies are particularly favored – for example jewellery making, beauty and fashion, make-up and hair, baking, flower arranging and interior decoration. You can rediscover them now…

Sounds silly but if you suffer from sugar cravings Venus Retrograde could be just the time to tackle your habit! Venus rules over cakes, biscuits, sweets (candy) and everything found at Willy Wonka’s. There are so many documentaries on the hazards of this highly addictive substance (I’m talking about the refined white stuff – not sugars found in fruit). Research and reeducate yourself on this subject, it’s a supportive phase to regain control over a sweet tooth.

Invite the divine feminine into your world and cement its presence with the Venus Retrograde. Reestablish friendships with the women you love and appreciate their soft yet strong attributes – embrace womanhood and what it means to be an empowered female today. Regroup or plan a reunion with your girls, recollect and celebrate them and why you value their friendship. Repair and patch up relationships that are lacking.

And The Fact That It’s Venus In Scorpio?

You can Re-energise with sultry Scorpio star power!

With Venus in Scorpio we could be more jealous and ruthless, embracing serious investment choices where our time and money is concerned, we may re-assess our close bonds, thinking more about commitment and our power in relationships, our sexuality too.

A useful exercise might be to note the happenings over the respective weekends, to see if there were any notable occurrences. What did you learn? What felt amazing?

I hope you work this Venus retrograde to its best possibilities!

I’d love to hear your stories to support growing knowledge of the Venus Retrograde period – email kimberly@starsignstyle.com with your birth data (time, date and place of birth) and the result of this transit. Information will be treated confidentially.