The myth of Persephone, Empress of the Underworld – Terrible Queen of the Dead...

Persephone is listed as asteroid number 399 (making her easy to pull up on our charts in astro .com), and also Prosperina (asteroid 26), these are relatively uncharted territories in terms of interpretation, however, there’s much to be said about her mythology and symbolism… 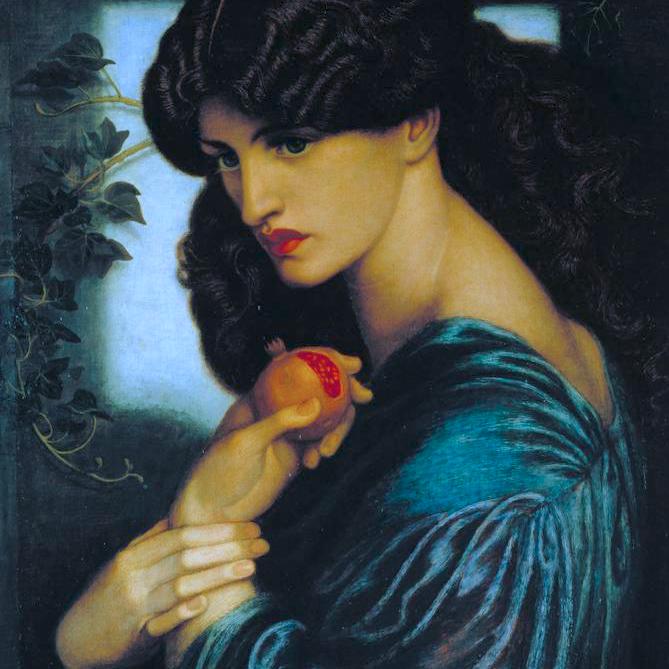 The story of Persephone, (a.k.a. Proserpine, Proserpina, Kore, and many more below) involves Pluto (Hades in Greek mythology), her mother Ceres (Demeter, goddess of the grains), and her father Jupiter (Zeus, head of Mount Olympus).

In Greek mythology, Hades (Pluto) is the oldest son of Kronos (Saturn) and Rhea. Zeus (Jupiter) is his youngest brother.

The story goes, that Persephone, ‘the epitome of springtime’ was hidden away by her mother, Demeter (Ceres in astrology). She lived in the fields as a nature goddess, with prospective suitors asking for her hand in marriage. But these were always refused by her mother as she wanted Persephone to stay with her.

One day, while Persephone was picking flowers with her nymph friends, Pluto (Hades, the god of the underworld) abducted her to be his wife, which is why we associate Pluto with kidnap, violation, abduction, and burglaries.

Goddess Of Springtime, And Pluto, Disney 1936

It’s worth noting that in some interpretations Persephone was a captive goddess, in others she chose to go with Pluto.

Angered at her daughter’s disappearance, Demeter turned the nymphs into sirens, and refused to bless the fields, resulting in starvation. Jupiter heard the cries of desperate people on earth and forced Pluto to return Persephone to her mother. He consented, provided only she had not eaten of any of the fruits of Hades. as anyone who eats food in the land of the dead may not return to the land of the living…

Pomegranate – Food Of The Dead… 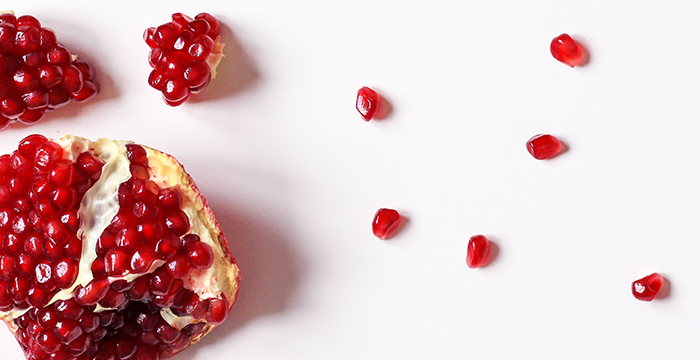 In the classical myth, Proserpine ate six pomegranate seeds (other stories cite only one seed from the fruit) and therefore it was agreed Pluto could confine her to his kingdom six months of each year (one month for every seed). In some interpretations, it’s a third of the year.

First her mother’s captive, then her husband’s, over the years Persephone became cold, and unfeeling – the dreaded Empress of the Underworld. Formidable, venerable, a majestic Queen of the Shades, her real name was not to be spoken aloud, for fear Pluto – and therefore death – would take notice. She was referred to simply as “the maiden”.

The pomegranate is important in the story of Persephone, as it enchained her to her new empire and destiny. Some believe it signifies captivity and marriage, but we can also consider its symbolism represents deep, mysteries, and the powerful knowledge of darkness…

Persephone’s experience of the lower world gave her an education, as she helped Pluto with his work and exercised her power, enforcing curses upon the souls of the dead.

In works of art, Persephone is seen frequently: she bears a grave and severe character or appears as a mystical divinity with a sceptre and a little box, but mostly she’s represented in the act of being carried off by Pluto. 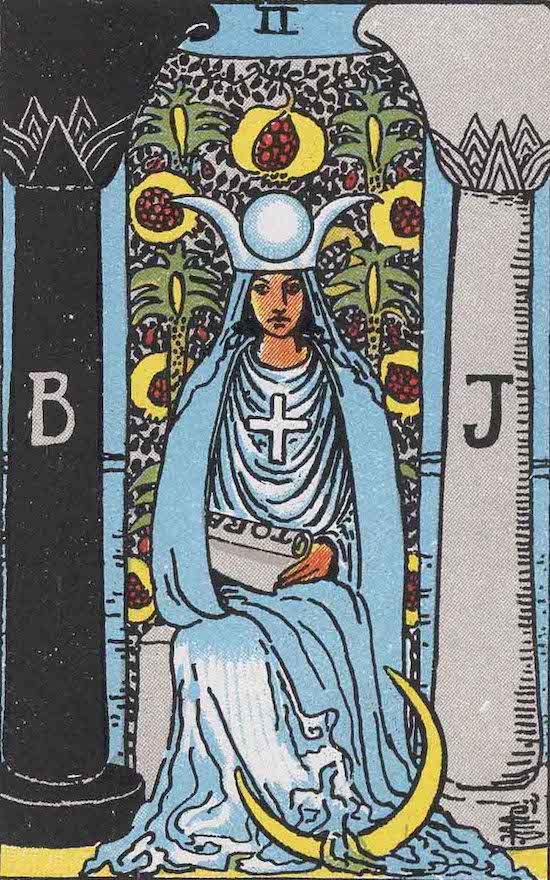 Behind the High Priestess, sitting in the Temple between the pillars of duality, we see pomegranate trees in abundance.

We also see the crown with the symbolism of the triple goddess, which shows Persephone’s full embodiment of maiden, mother – or in this instance queen, and crone (or wise woman).

As the maiden, she was the epitome of springtime, but coming back from the Underworld she carries considerable power and knowing.

Persephone means “she who destroys the light“; she is the symbol of immortality,  the all-pervading goddess of nature, who both produces and destroys everything.

Other Names For Persephone…