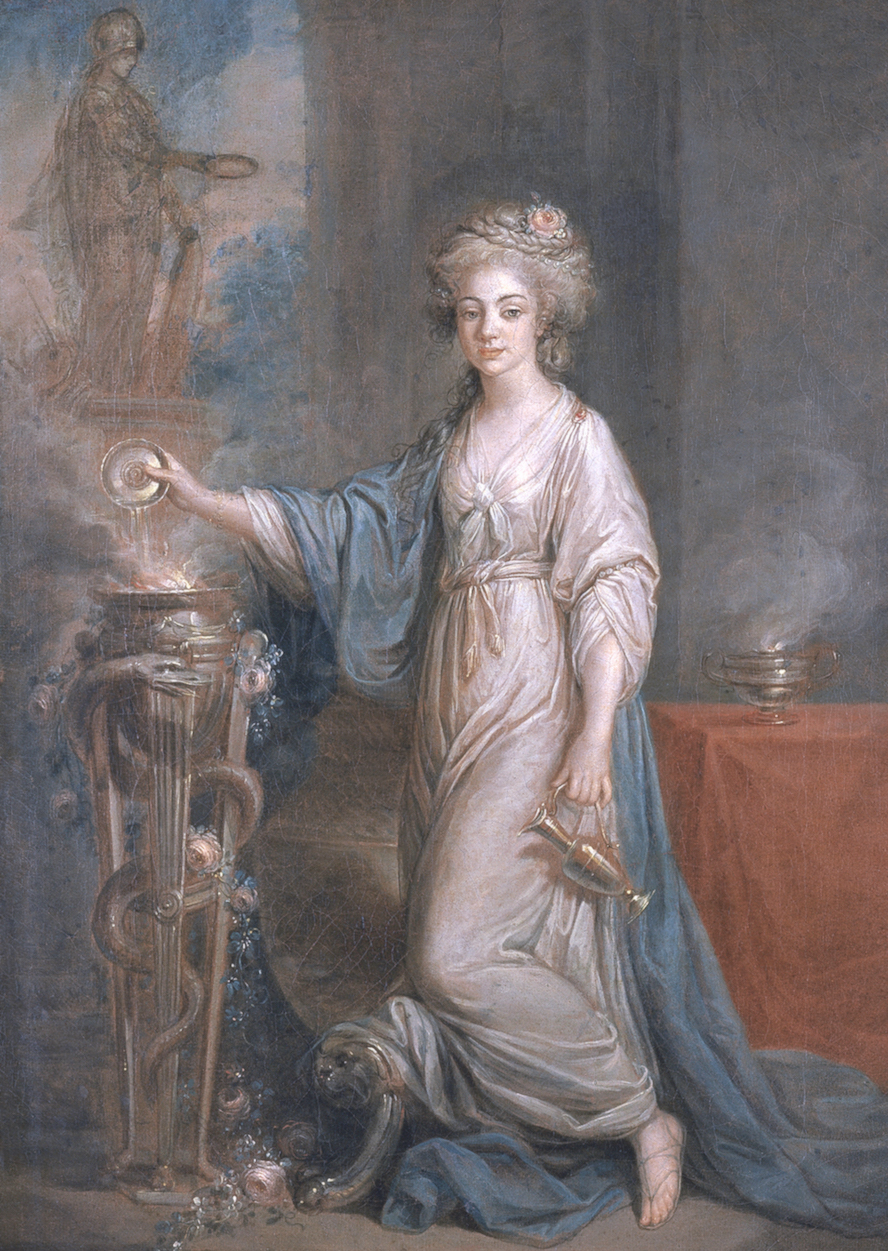 Last to be discovered of the four asteroid goddesses, Vesta is the second biggest asteroid and the fastest to transit the zodiac signs.

In mythology, she is the virgin goddess, a Roman version of Hestia.

Regarded as the most important goddess to the Romans she was called upon to bless newborn babies, and in every house in ancient Rome there was a sacred fire made to Vesta, which was protected and not allowed to burn out, blessing and protecting the home.

The Glyph Of Vesta: The glyph of Vesta is a fire on the hearth or altar. 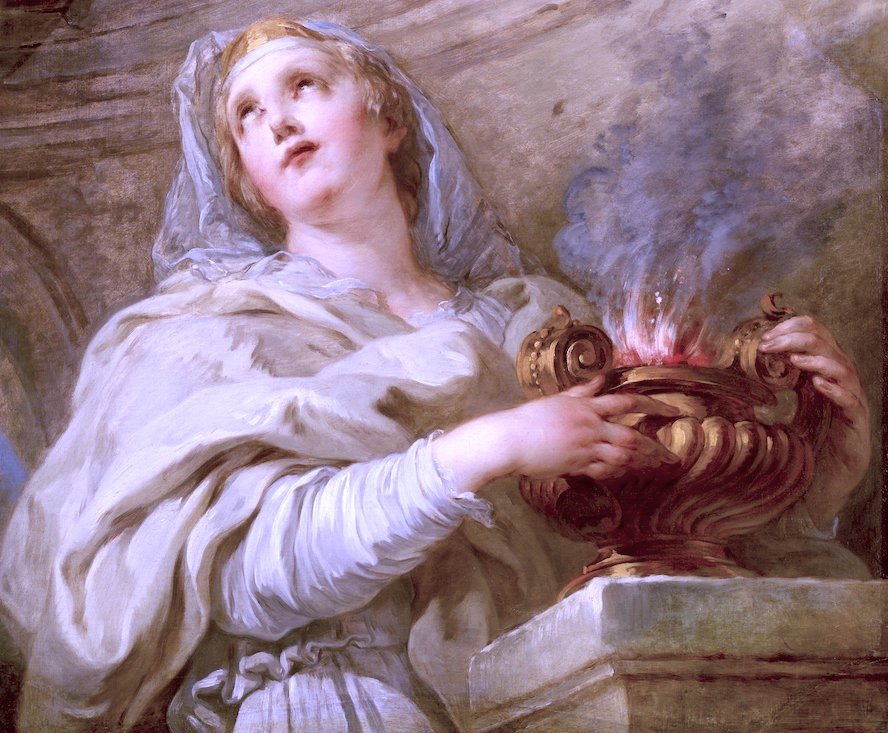 The Vestal Virgins were priestesses dedicated to serving Vesta, Roman goddess of hearth and home.

Their job was to keep the altar fire in their temple continually burning, with pious devotion tending the flame.

They would perform certain rituals to make sure that the sacred fires in the temple kept burning.

As the name suggests, Vestal Virgins were to stay pure until retirement, yet you could get this job at around age 6 to 10, and could retire around age 36 to 40, therefore still enjoying marriage later in life.

Punishment for loosing one’s virginity before completing a 30 year term of service was being buried alive, while the punishment for letting the flame go out was scourging (being whipped with a multi-thong-type lash).

If a vestal died part way through her term she could be replaced with a female of the same age, and that female did not need to be a virgin.

On the plus side, these women were able to own property, were excused from bearing children and had the ability to free slaves and prisoners simply by touching them.

They had VIP seats at sporting events and plays and didn’t have to swear to tell the truth in court, since vestals always tell the truth…

Another perk was that the Vestal Virgins had the ability to walk around town without being harassed, as the penalty for harassing a vestal was death!