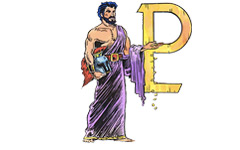 What happens when planet Pluto features strongly in your chart?

Why, you’re a powerful ‘Pluto person’ of course!

One of those intense, brooding types with a capacity to absorb the shadier sides of life…

It’s not only Scorpio that knows the dark side. If you have Pluto Rising or Pluto in the ‘first house’ of your chart you might be a Pluto person. A personal reading with me or another astrologer will reveal Pluto’s position in your birth chart.

If you’re Scorpio rising and Pluto rules your chart, or if the shape of your chart dictates that Pluto ‘leads’ your chart then you may well be a Pluto person.

Or if you’ve got that powerful little planet conjunct the Midheaven or Sun you too could be a Pluto person.

Who Are The Pluto People?

Pluto people embody the traits of this planet more than others because it’s highlighted as a dominant energy in their presence, personality or the themes of their lives.

It could be expressed thorugh work incidences or in relationships. These people are pressed by its presence in one way or another…

The Myth Of Pluto

The myth and legend of Pluto is a dark one.

Hades obtained his wife and queen, Persephone, through abduction, and thus themes of rape, violation, and abuse are motifs of Pluto. When we see them in the world there is usually a connection with this planet, or the constellation it rules, Scorpio.

Pluto appears in all our charts and for some people it’s very subtle.

However for those people that Pluto holds power, themes of his will rear their head again and again. For instance:

It could be that someone with Pluto in their second house has control issues around money. Add a personal planet such as the sun and it becomes very significant indeed.

Planet of transformation, death and rebirth Pluto is a purging energy. Those with a strong Plutonian influence might find it easy to reinvent themselves, over and over. They might also work in industries connected with waste, disposal or oil.

There may be varying degrees of the influence of Pluto and the ‘look’ of this planet might not be wholly apparent.

This person could be lean and naturally muscular or strong bodied.

Usually reserved they will appear to be holding somehitng back, a magnetic secret perhaps. Commanding, their eyes bore into your soul and their presence could be heavy, assured, even overbearing.

Bear in mind that a whole generation will have been born during the time that Pluto was transiting its home base: the constellation, Scorpio.

It takes a whopping 248 years for this dwarf planet to complete a cycle and can spend up to 30 years in a zodiac sign. Usually it’s about 10 – 12.

If you were born between 1983 or 4 and 1995 then you have Pluto in Scorpio, and those born in 1989 and 1990 will have Saturn, Uranus and Neptune in Capricorn, and Pluto in Scorpio – a particular force to be reckoned with!

So, Who Are The Pluto People We Know And Love?

Aquarius Sharon was born with Cancer Rising and planet Pluto in Leo sitting in the first house.

Although not ‘sitting’ on her ascendant the planet definitely shines though.

Aishwarya Rai is Libra Rising with Pluto sitting right on her ascendant.

The star has Mars in Aries, and sun and Mercury in Scorpio, PLUS Saturn on the Midheaven – that’s serious business! AND moon in Capricorn.

Thankfully her chart ruler Venus is in Sagittarius with Neptune.

Virgo Rising, Zellweger is master of transformation (remember the Bridget Jones weightless?!) She recently came under attack for plastic surgery – and has Pluto close to the ascendant with Jupiter…

This one makes me giggle the most.

Meryl was super scary in Devil Wear Prada – and that Pluto in Leo must have helped some!

Lovely Leo is a Scorpio with Libra Rising. Powerful planet Pluto is sitting pretty with his moon in the first house.

What About My Pluto?!

A personal reading with myself or another astrologer will reveal Pluto’s position and its effect in your birth chart.