Check out Emma Stone’s birth chart below – lucky Jupiter is placed prominently on the midheaven, in a harmonious angle to the part of fortune in Libra, which partners up with the moon in Libra and Venus in Libra!

What a lovely lot of planets to harness – not to mention the Leo ascendant for an actress. Success totally written in the stars.

She convinced her parents to let her move to Hollywood when she was age 15 by making a PowerPoint presentation aptly titled, Project Hollywood.

Sun with Pluto – A Powerful Figure

The Amazing Spider-Man was released in the USA on July 3rd, 2012 when Pluto (retrograde) and the moon met on Emma’s Neptune. Later on November 24th 2012 Pluto passed over again, this time with Mars.

At the time she was crowned 2012’s best dressed, twice, topping both Vogue’s and InStyle’s best dressed lists, making her the most stylish starlet of the year. 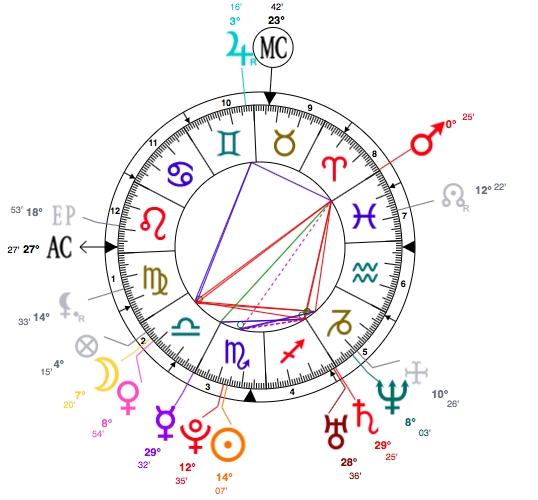