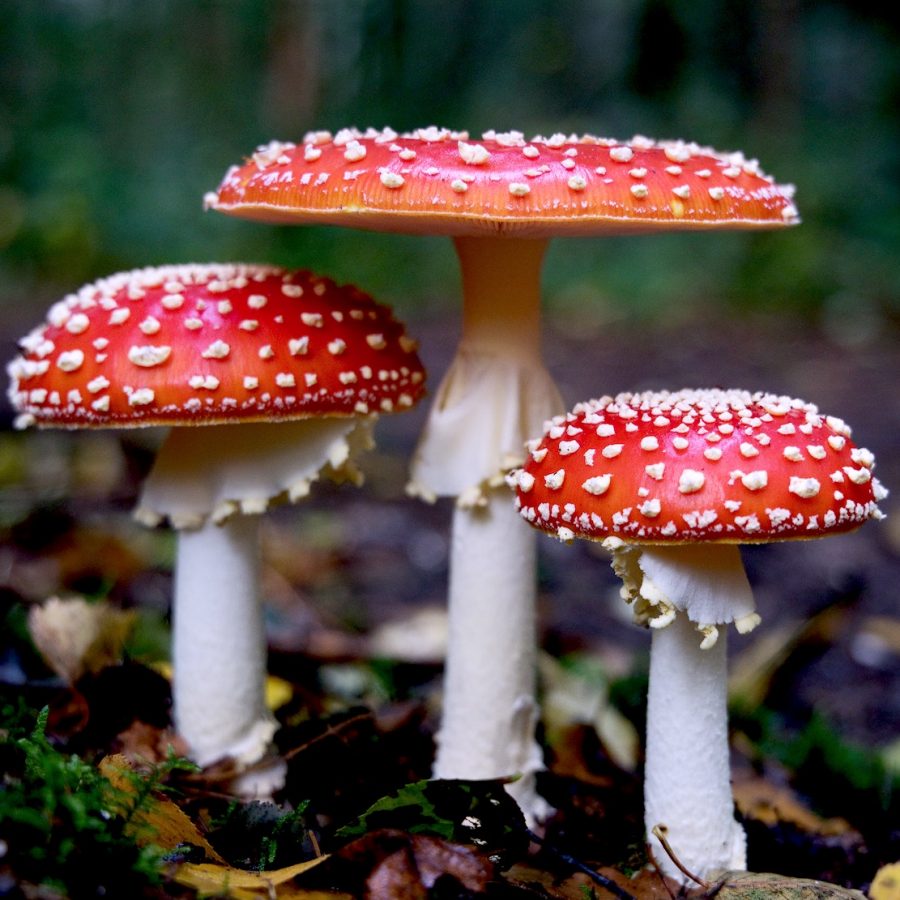 A number of symbols are traditionally associated with Christmas.

From pine trees standing in our homes, decorated with ornaments, red and white wrapped presents under the tree, stockings hung, to Santa Claus and his flying reindeer.

Christmas has roots in many cultures: Christianity, Pagan Winter Solstice Celebrations, Germanic Myth, etc, but we can also look beyond these to rituals and traditions that existed all over the ancient world…

With this we discover that most of the Christmas symbols (Santa Claus, Christmas trees, magical reindeer and giving of gifts) are all based on the tradition of harvesting and consuming of Sacred Mushrooms!

The Magic In Mushrooms…

Seen in fairy tales, and associated with magic, the red and white fly agaric mushroom is a symbol we don’t see too much at this time of year – lest we look out for it! 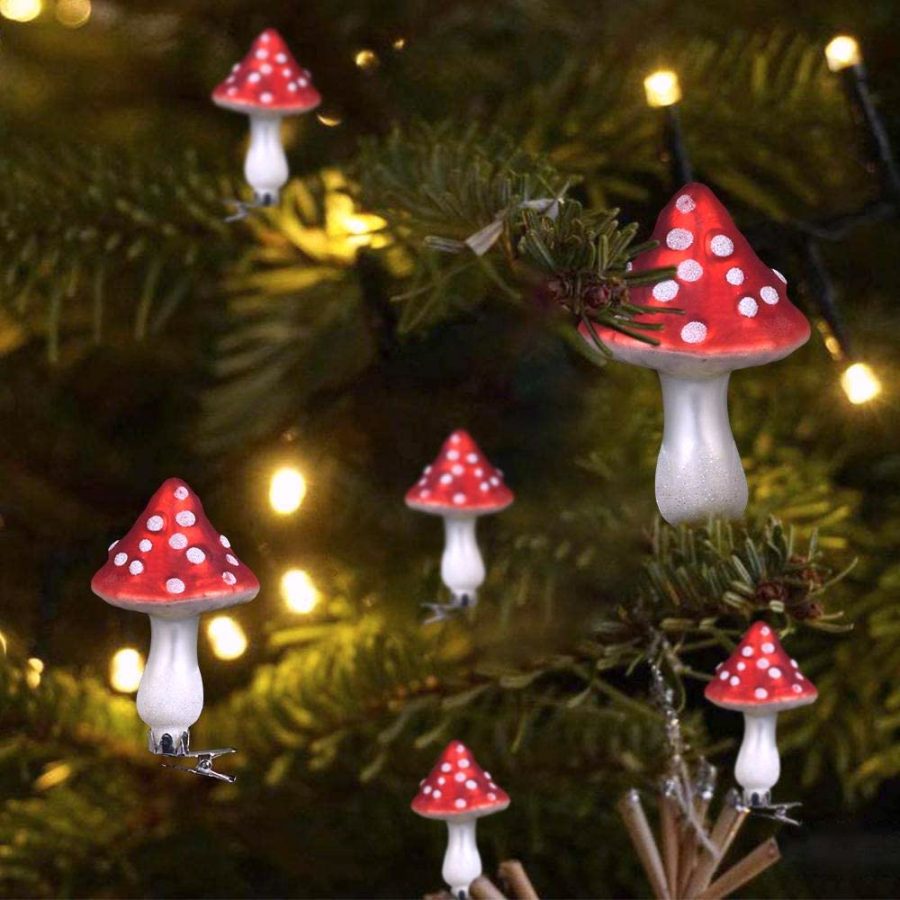 Naturally toxic, the mushrooms must be prepared in particular ways to get the psychedelic effects without being poisoned but were eaten for insight and transcendental experiences.

This preparation was the responsibility of the shaman…

We know Father Christmas – or Santa – as a happy, generous fellow who comes from the North Pole.

He’s nearly always dressed in red and white, has a strong glow in his cheeks – and knows if you’ve been bad or good.

He enters the house through the chimney, puts gifts under the Christmas tree or in stockings, and rides a sleigh pulled by flying reindeer.

But it’s likely that the idea of Santa comes from a shaman, dressed in a ceremonial red and white fur-trimmed jacket like the traditional reindeer-herding tribal people of Northern Europe and Siberia.

Santa has a white beard as shamans (and wizards) are often perceived as old men with long white beards (often holding a staff or wand).

The shaman gathered mushrooms from under the pine trees on behalf of the entire tribe, and his costume was probably based on sympathetic magic – dressing to look like the mushrooms as a way of attracting them.

A side effect of eating mushrooms is that the skin and facial features take on a flushed, ruddy glow – Santa has his fill, with glowing red cheeks and nose! It also explains the red nose of the reindeer and Santa’s euphoric laugh “Ho, ho, ho” as one who has indulged in mushrooms.

After being picked, the mushrooms were placed on pine boughs to dry – just like the image of our Christmas tree adorned with bright red and white decorations! 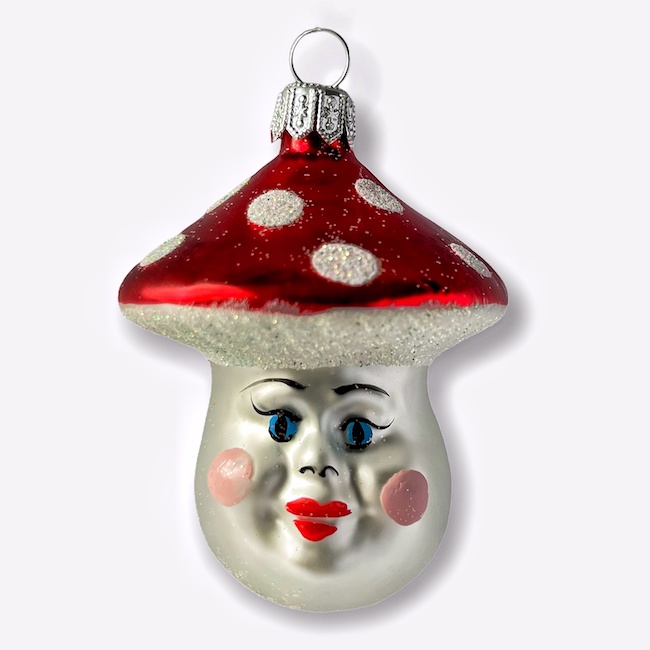 After drying, the shaman collected his red and white presents in a sack, and went house to house to deliver them.

I don’t know about you but I always found it strange and impossible that a man, no matter how magical, could fit down a chimney.

Therefore I was glad to come to know that this part of the legend of Santa has an explanation.

Indigenous people lived in yurts with a central smoke hole used as an entrance in winter, when the yurt would be covered in snow.

The yurt would often contain a small pine tree or stick reaching up through the smoke-hole, under which the shaman placed the gifts.

The families would string the mushrooms up or put them in stockings hung in front of the fire to dry further, which is of course echoed in ways we now hang stockings or even string popcorn.

The people would sleep and when they awoke the next morning their presents would be dry and ready to eat. The mushrooms would then share their revelatory ‘gifts’.

Indigenous life is centred on reindeer which are used for food, clothing and shelter, and transportation, and the legends of shamanic journeys included stories of winged reindeer.

The effects of the psychedelic mushrooms usually include sensations of flying – the reindeer are very fond of the mushrooms, which are often used as a lure to tame and domesticate them.

Reindeer also seek out human urine to drink, especially that of one who has eaten the mushrooms, so some tribesmen carry containers of their own urine to attract stray reindeer back to the herd.

Apart from drying, another method of dealing with the toxicity of the mushrooms was to let the reindeer eat them and then drink the reindeer urine.

Others would drink the urine of these people. In this way a few mushrooms could be used to inebriate many people safely and efficiently – getting pissed!

It was also common practice among tribal people to recycle the effects of the mushroom by drinking each other’s urine, the ingredients being potent even after six passes through the body.

The meaning of the star on top of the Christmas tree is that the top of the tree connects to the North Star, and it’s also why Santa’s home is at the North Pole.

The chariot of Odin, Thor, Osiris, etc. is actually the star constellation known as the Big Dipper, which circulates the North Star in a 24-hour period. Santa’s magical feat, where his sleigh takes him around the world in a single night reflects this journey.

The North Star was considered sacred, since all other starts in the sky seemed to revolve around its fixed point.

When people of a good disposition or those in a positive mood eat mushrooms they usually have a good experience.

At Christmas only good children get presents i.e. mushrooms (they will have fun) whereas naughty children do not (they will guarantee a bad trip for everyone). If you have kindness, love and truth within you they will raise you to ecstasy. When people of a poor disposition or in a negative mood eat mushrooms they can have a bad experience.

Knowing if you are good or bad is evidence of supernatural powers. If you have mischief, wickedness, or secrecy in you then psychedelics will force you to face your deepest fears and feelings.

The same ideas also underlie Easter, where hunting eggs actually refers to searching for mushrooms, and FYI bad children also get no eggs at Easter!

Say Yes To Yule! 5 Ways To Work The Winter Solstice Into Your Beauty…