The Movie is released with Sun-Jupiter trine her Mercury-Neptune! 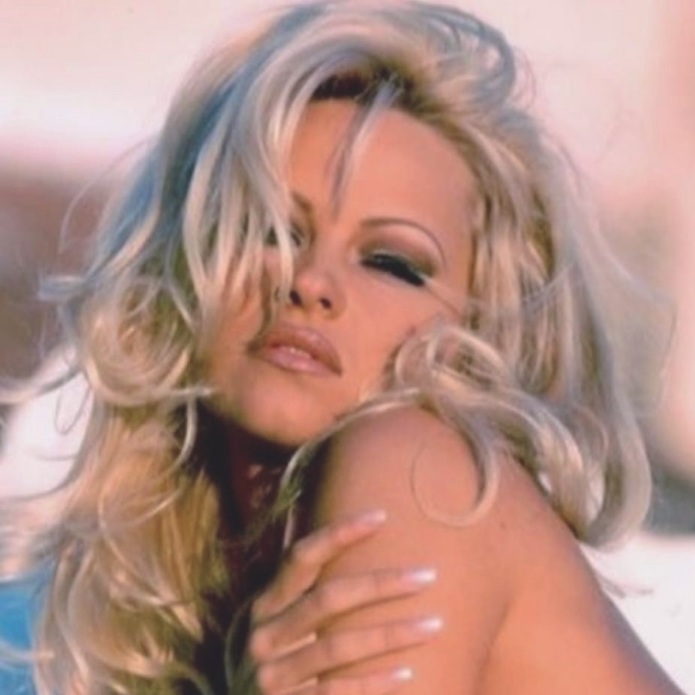 Sun In Cancer, Moon In Aries…

Pamela Anderson became super famous because of her role in the TV show Baywatch.

Who better than a Cancer chick to be beside the sea?

Pair that sun sign with the Moon in feisty Aries and you have a babe that looks smoking in a red swim suit!

What else does Pamela’s personal horoscope reveal?

The star is Gemini Rising (with an exact sextile to Venus in Leo) giving her an approach to life that’s curious, expressive and dramatic. Mercury (her chart ruler) like the Sun is in Cancer, in the first house of ‘self’.

A sensitive voice is a big part of who Anderson is – she has a sweet femininity. What’s more, her Mercury brings even greater undertones of compassion and mystery, tied to Neptune in her chart.

Mercury and Neptune sit at 21 degrees of the water signs, and during the release of the new movie (in 2022) both Neptune and Jupiter will meet and trine these two planets.

Mercury-Neptune also draw in a conjunction of Uranus and Pluto in Virgo, transiting Neptune in Pisces has been opposite these two this past few years, with an intense assembly of planets gathered in Capricorn and her 8th house.

The Aquarius Midheaven makes for a fabulous (animal) rights activist – Pamela is known for her work with the humanitarian movement PETA. Saturn and the Moon in Aries ensure Anderson is a dynamic warrior, ready to fight for what she believes in.

However, the Moon – the ruler of her Cancerian Sun – appears in Aries, and answers to Mars in Libra, in opposition to the Moon.

With this combination it’s a wonder Pam isn’t known as a bit of a quick-tempered bitch! Moon-Mercury have a knack of saying what they feel, and with Mars in the mix she must have learnt to somehow playcate her temper. With Saturn in Aries (square the Sun) there must have been many instances where authority figures stood hard and heavy…

We love you Pamela! 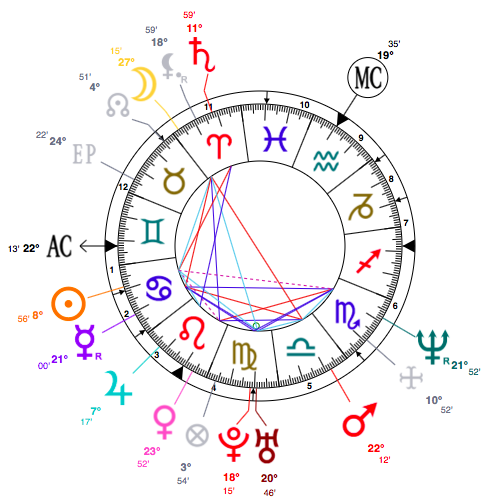