Scroll down for the astrology… 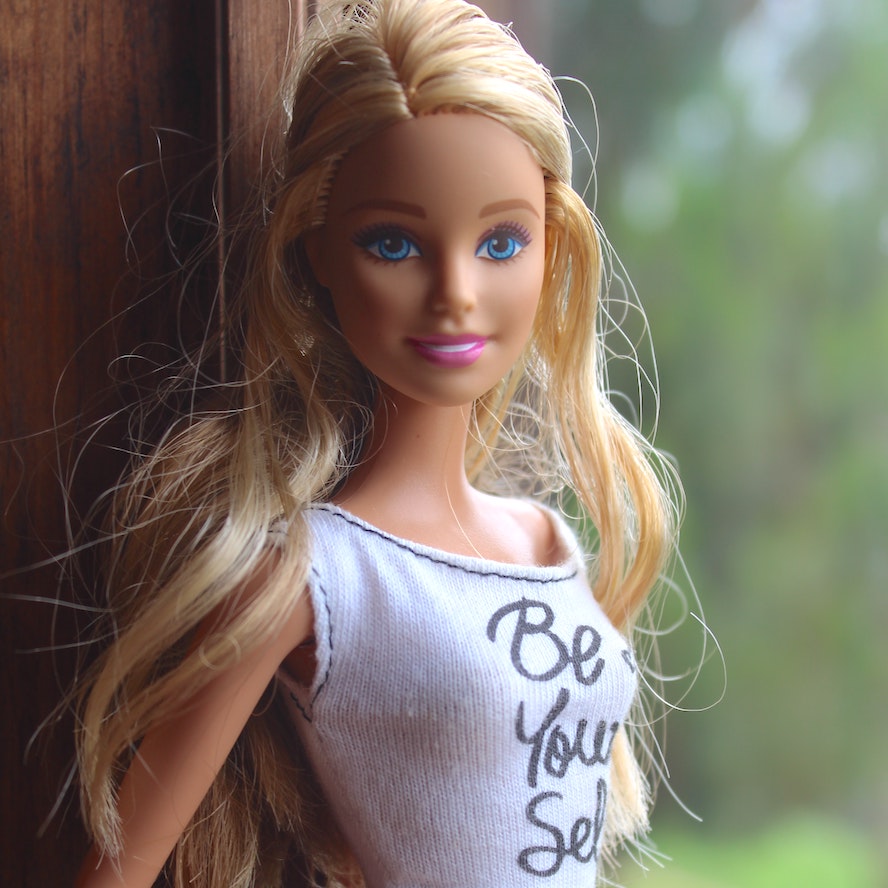 Big blue eyes, loads of shoes – of course Barbie is a Pisces!

‘Born’ on March 9th 1959, the first Barbie doll went on display at the American Toy Fair in New York City.

The first mass-produced toy doll in the US with adult features, the woman behind Barbie was Ruth Handler, co-founder of Mattel, Inc. (with her husband in 1945).

She found a way for little girls to imagine the future. 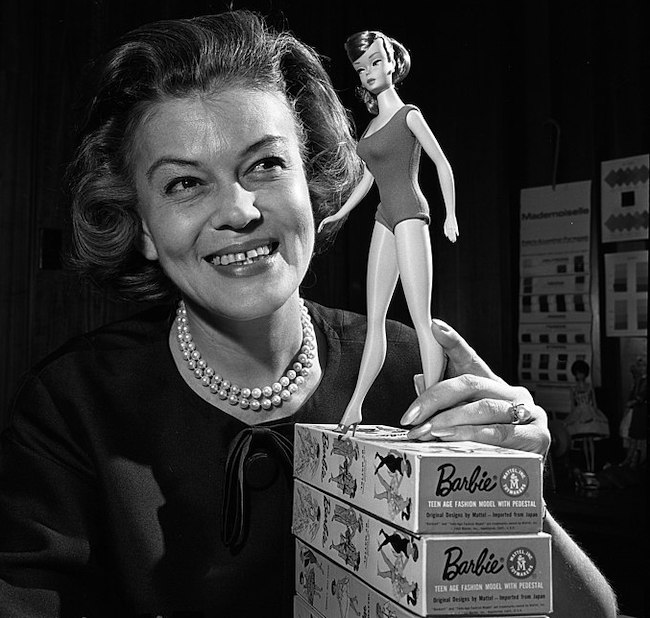 Back in the 1950s Barbie provided an alternative to traditional gender roles.

She’s had different jobs – from doctor to astronaut to Olympic athlete, even U.S. presidential candidate!

Yet some say her designer outfits, cars and “Dream House” encouraged kids to be materialistic.

It was Barbie’s appearance that caused the most controversy, however.

Her tiny waist and enormous breasts were suggested unrealistic, and harmful to little girls, fostering a negative body image.

Could this be Mars Rising in Gemini?

Sales of Barbie-related merchandise continue to be popular, and there’s a new movie out too! 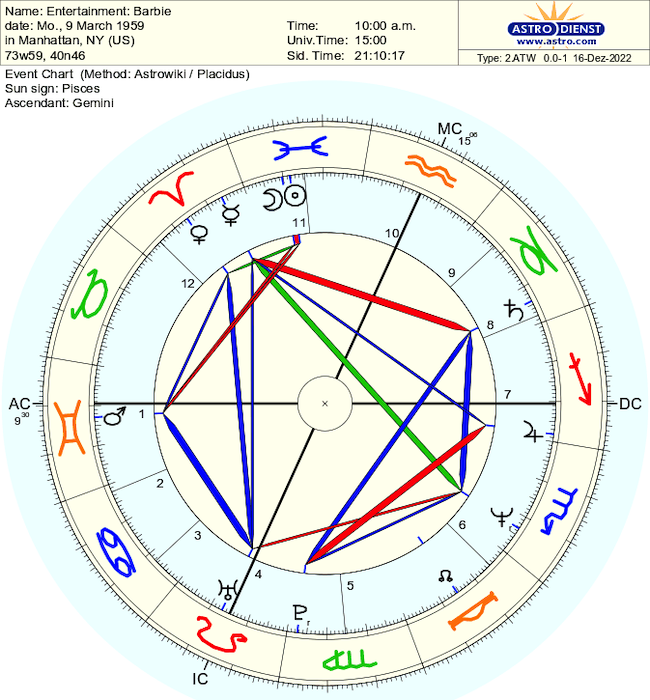 Mercury is the chart ruler for Barbie, and Mercury in Aries is tied to Jupiter in Sagittarius.

While Barbie can’t talk, sometimes she does have an interesting expression – sometimes she scowls, other times she looks plucky and adventurous.

The North Node is in the fifth house, with the Zodiac Sign Libra in this sector of games, play and recreation. Her destiny is to be a beautiful tool for creative self-expression!

However, Venus (in detriment, in Aries) on the South Node, and the eleventh house finds constant complaint from the masses (even though they buy the toy).

Venus is our spending power, its popularity and friendship.

So interesting that this planet appears on the South Node, almost never allowing Barbie to fully fulfil her destiny.

It will always be tainted by this Venusian signature, answering to Mars Rising – her appearance.

Unlike Venus, Mars is ballsy, aggressive and in your face. Barbies breasts point out like hard mounds, she is quite a good weapon (if you need to use her to hit someone!)

And then there are the Luminaries.

The Sun and Moon are in Pisces, signalling the start of a great fantasy… How fitting for the dream girl!