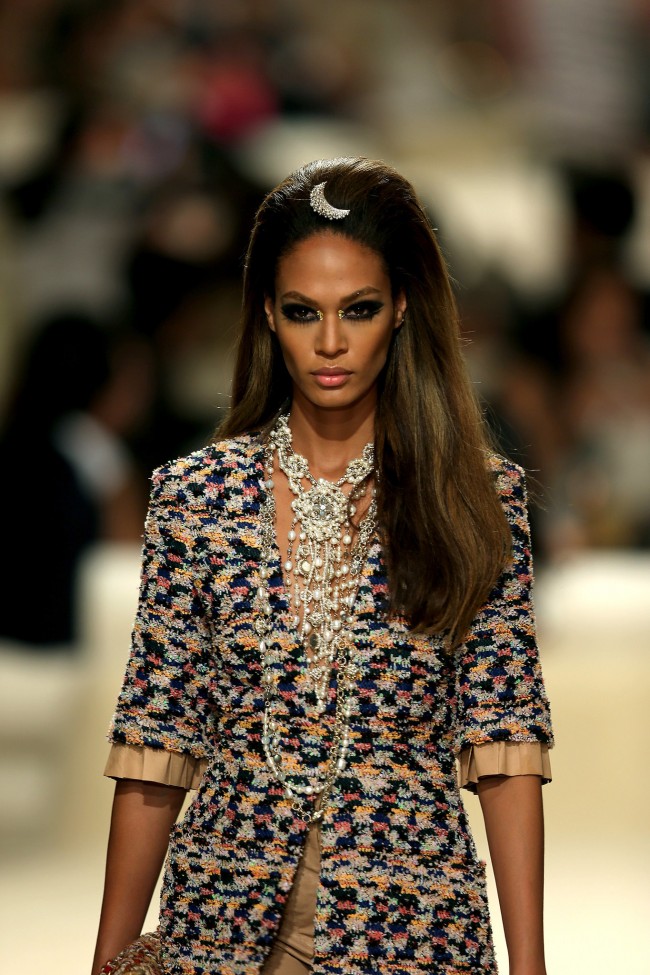 Did Someone Say Moon Goddess? Lets ALL Channel Chanel!

Ahead of Jupiter’s move into Cancer, Karl Lagerfeld bought tartan into the fashion sets periphery, a trend that was picked up on by other fashion houses and emulated on the high street throughout last year. Tartans are ruled by the constellation of the Crab, what with their association to clans, communities, family and ancestry.

With an impending move into the constellation of Leo, my thoughts are that he’s done it again. Just look at the latest Cruise collection! It’s most striking and beautiful models on the catwalk appropriately look leonine with cat-eye make-up and manes of big, gorgeous hair. And, GOLD is everywhere.

If you’re not into astrology then let me briefly enlighten you!

The big, bold planet Jupiter rules over publishing, carrying messages into our consciousness as a collective. Karl seems to have a knack for plugging into what the public wants – and needs, before we’ve even had a chance to compute! He’s serving us Leo on a plate and lucky for him, we’re going to lap it up, or at least that’s my prediction!

With Jupiter’s transit through Cancer we saw motherhood highlighted, the arrival of baby North West and Prince George, and many other high profile pregnancies. Themes of home have come to the fore, with the housing crisis big news over the last eleven months or so, and even the Cancerian colour white seemed to be a favourite throughout the year in fashion.

However, best be prepared as Jupiter’s transit through Leo signals that life’s about to get a little more dramatic…

Look out for more leopard print, lashings of gold and opulence, embellishment and baroque touches in fashion. Leo colours are also burnt orange and warm, sunny hues. Their flower is the sunflower and they like to be in the limelight too, center-stage.

The highly glamorous look in this collection, with sand-hues is surely one that will capture the imagination of us the world-over. I for one think it’s beautiful, but my favourites in the collection really are the Leo-like look.

It’s ｎｏｔ just Jupiter that’s playing a part, no, there are many actors on this stage. We’ve also got Neptune transiting Pisces, diluting everything and making life all fuzzy and fluid. Karl’s on the money again, as he pays homage to the planet through his love of Dubai, where the show was staged:

“I think it’s something that has not existed before – a city coming out of the sea and sand, I think it’s fascinating, like the mythical city of Atlantis.”

How amazing too that this collection has a crescent moon motif planted firmly center stage? What can I say, Chanel’s got bags of StarSignStyle!

Now check out stills below… 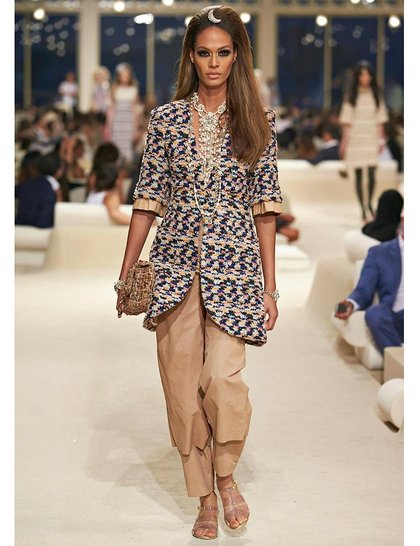 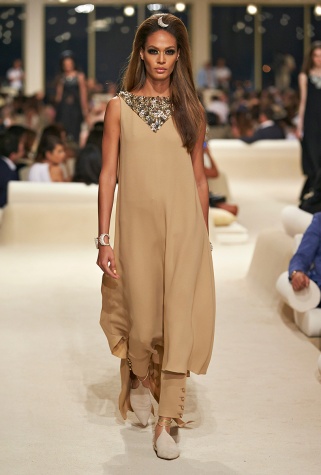 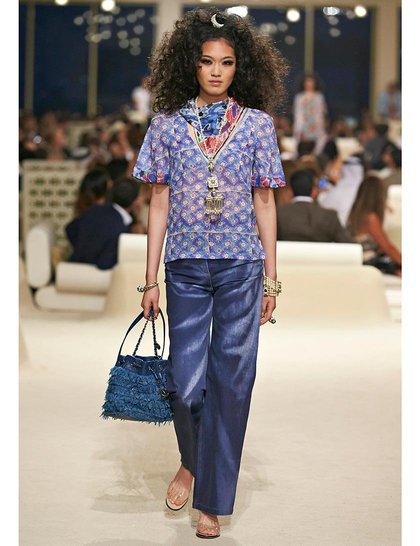 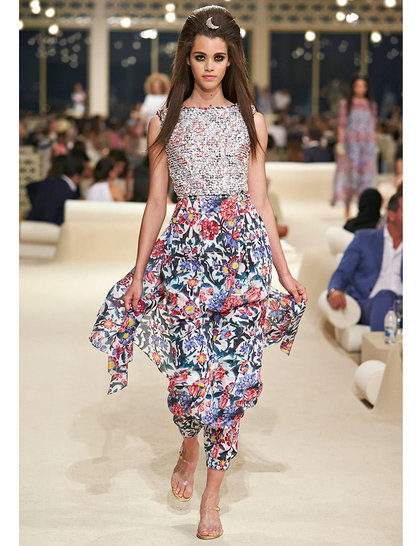 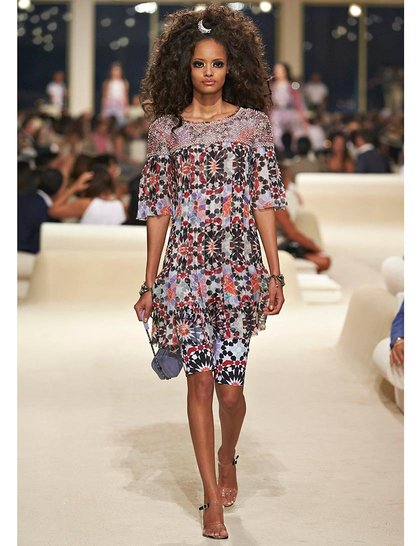 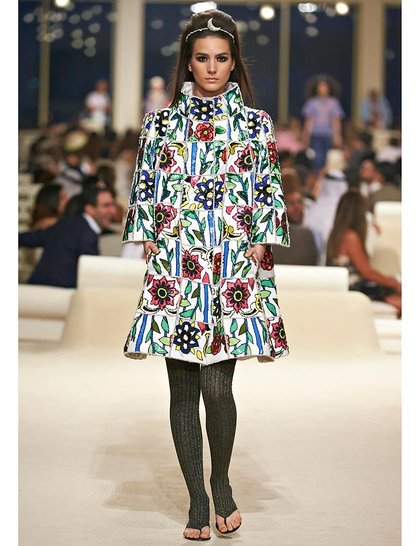 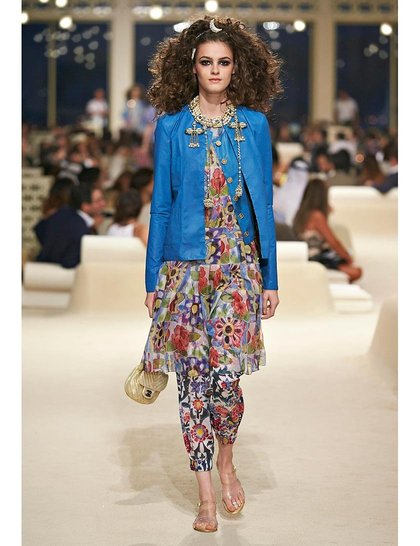 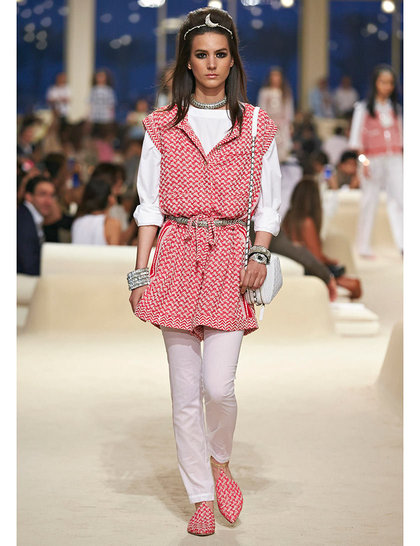 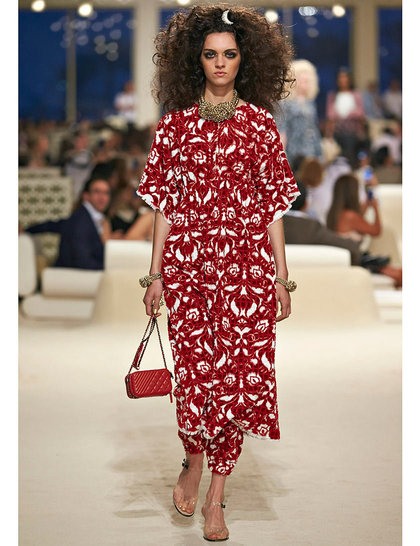 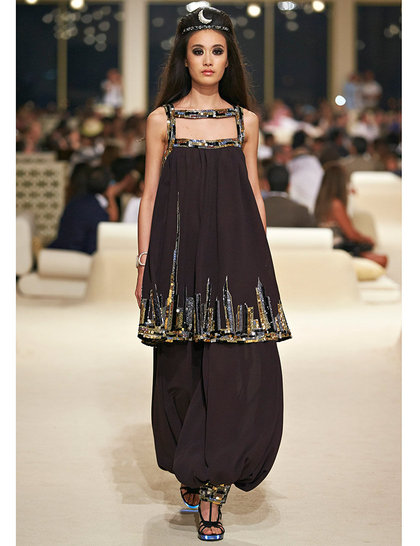 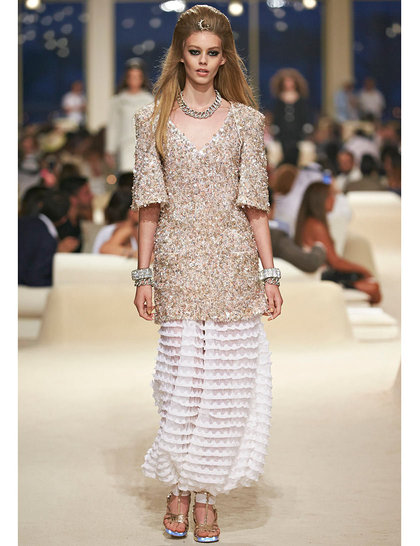 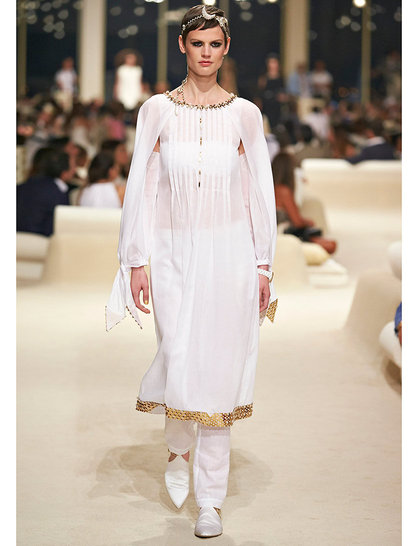 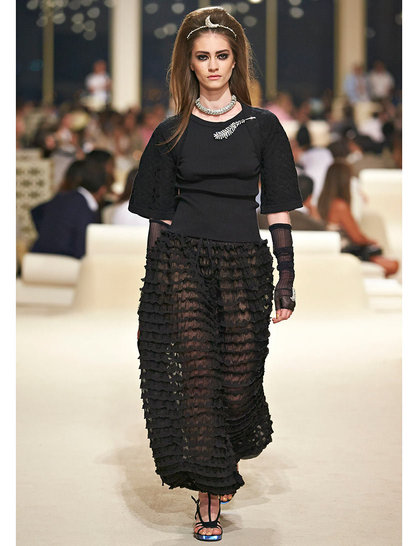 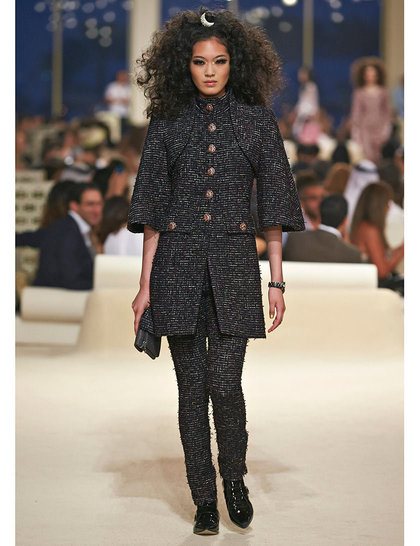 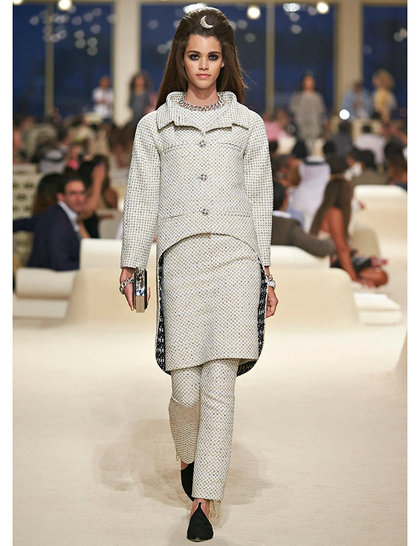 Watch: A Short Show Except