Dior Turns 70 With An Astrology Balloon At Galerie Lafayette! 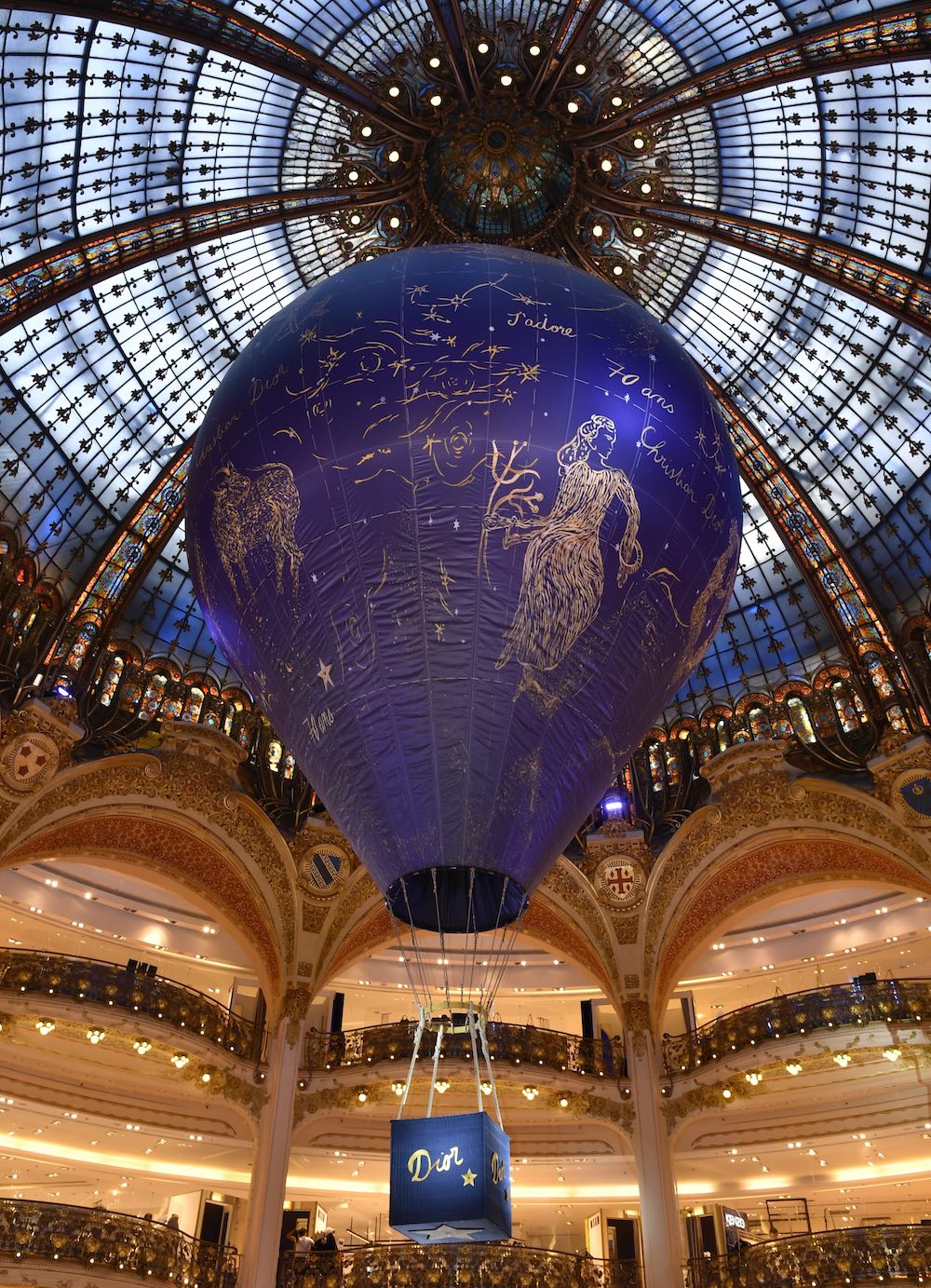 The fashion house has taken over 11 windows at the retailer’s Paris flagship, on Boulevard Haussmann until (October 10th). 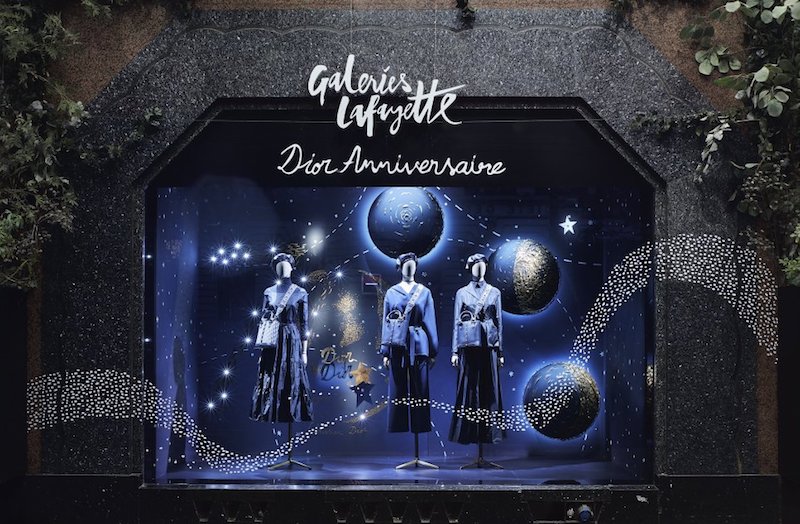 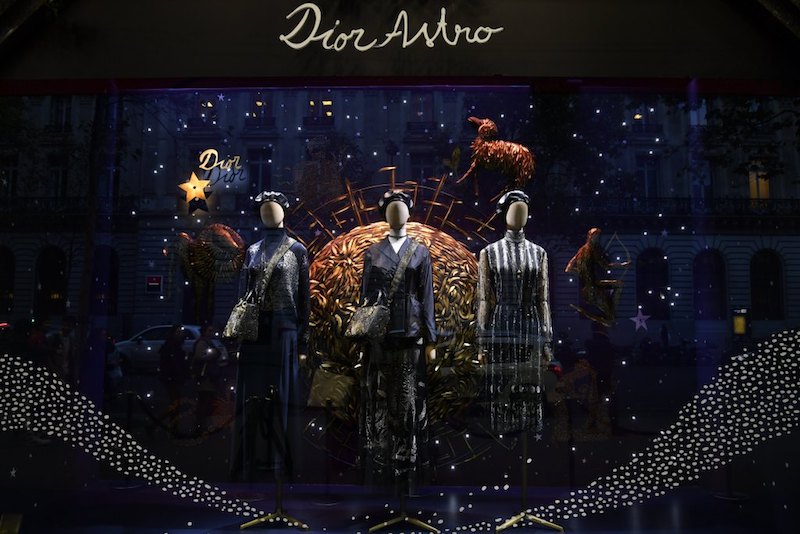 A celestially adorned hot-air balloon hovers under the flagship’s landmark cupola, while astrology-themed products – include scented candles and a limited-edition silk scarf – are available at a pop-up space on the ground floor. 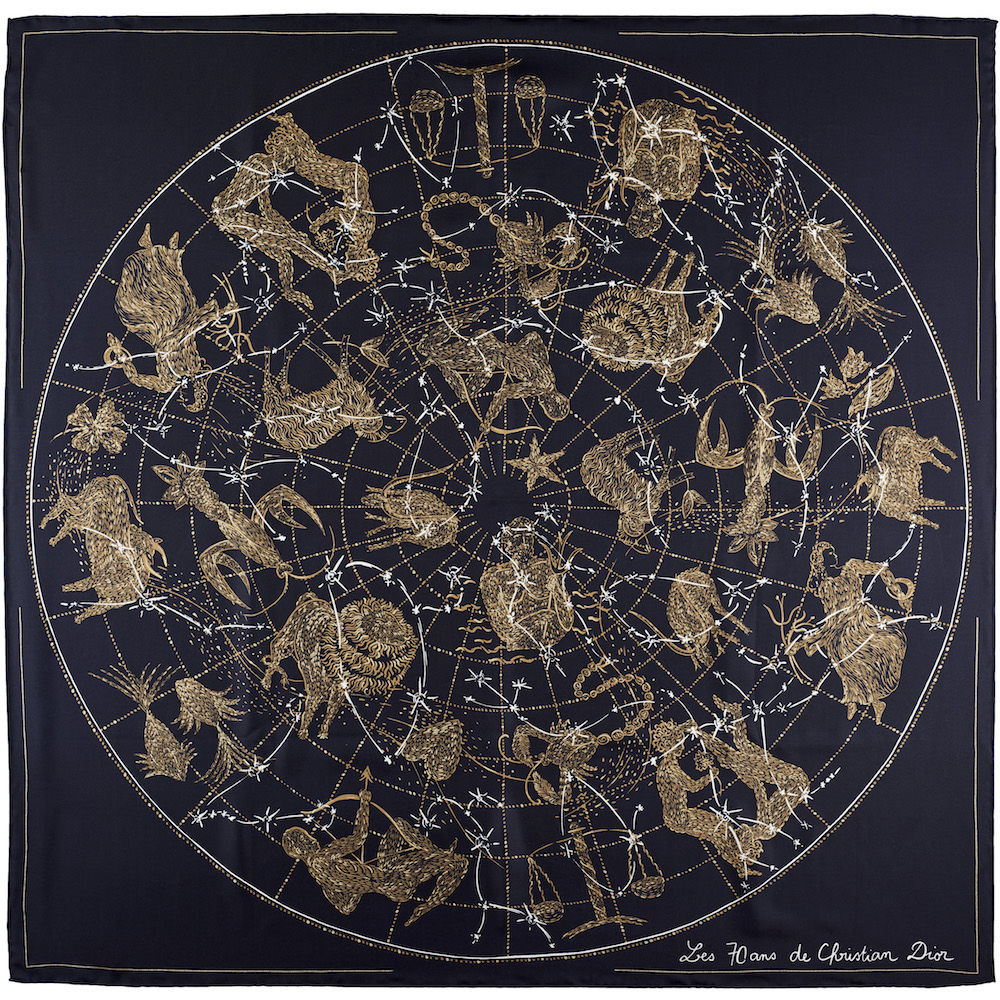 Black and white lambskin ‘Lady Dior’ bags, embroidered with the “La lune dans mes yeux” (The moon in my eyes). 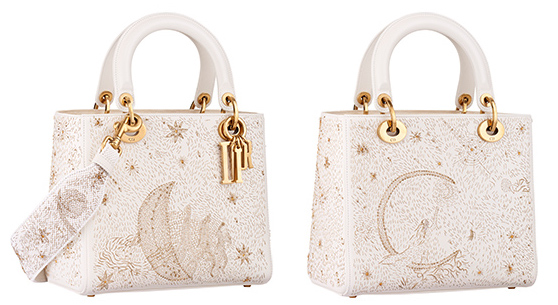 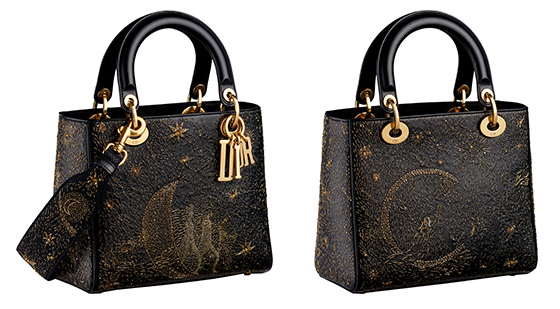 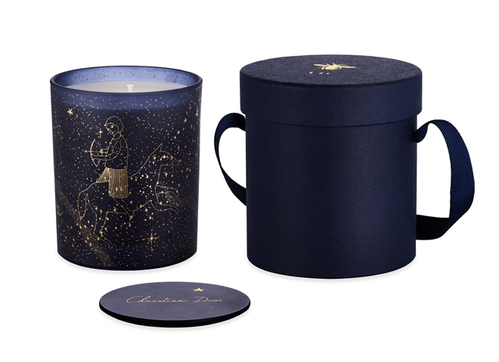 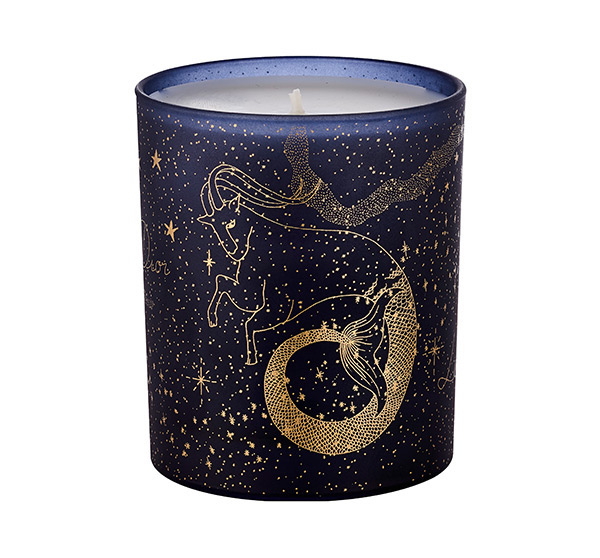 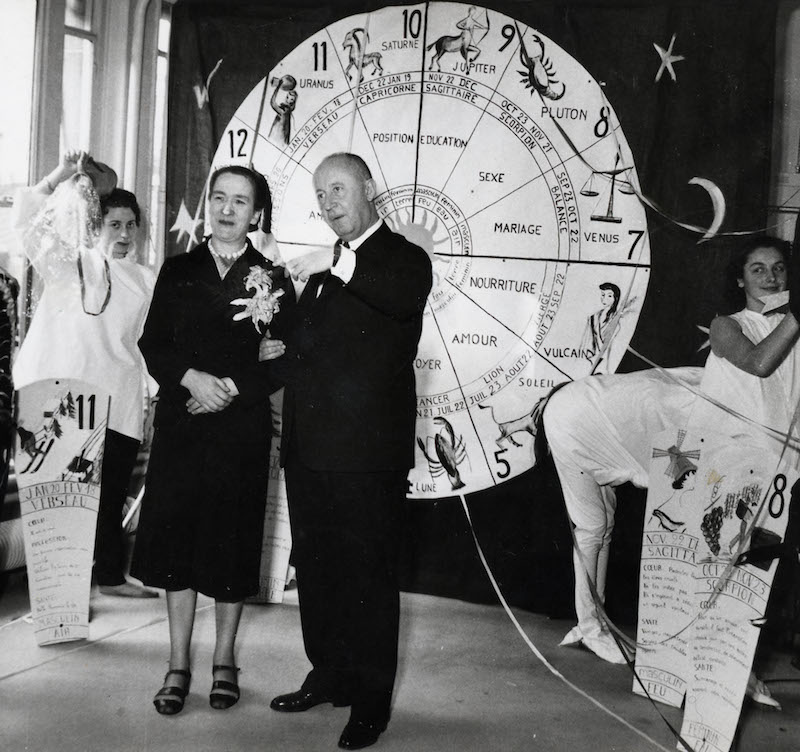 Years ago, Christian Dior visited a palm reader in a seaside town in northern France.

She told him that he would succeed — through women. She saw him penniless one day, and later amassing great profits.

The accuracy of her prediction meant Dior sought mystical guidance his whole life. He collected talismans and even had a fortune-teller – Madame Delahaye – without her, he did nothing.

She guided him in key decisions, such as setting up a couture house under his own name, and even advised Dior not to ill-fated voyage to Montecatini, Italy, which was when he died age 52.

Dior obsessed about numbers, always having 13 models when he presented his collections, and founding his house in the 8th arrondissement of Paris on Oct. 8.

The stories have become part of the history of the house of Dior and left their impression on the couture house.