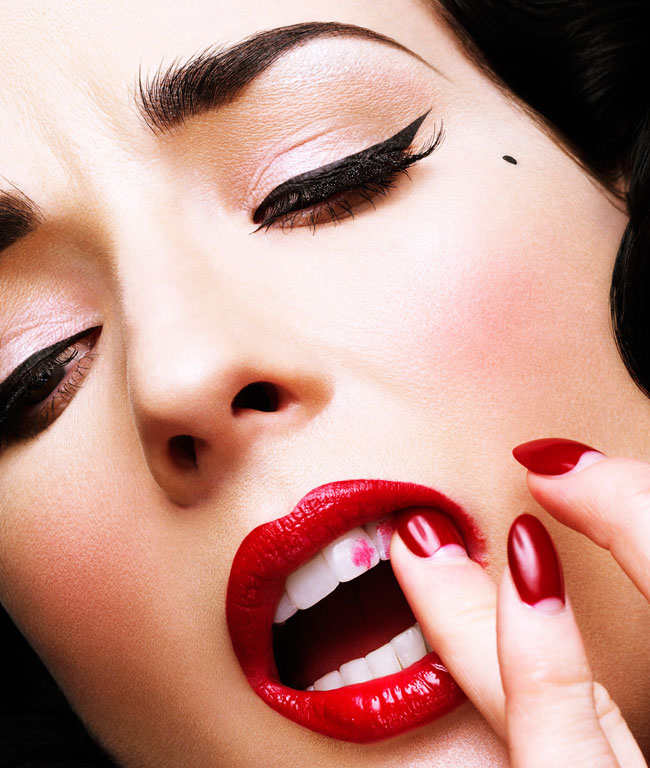 Notice the gaps at the base of Dita’s nails? This style is dubbed the Half Moon Manicure, originally made popular in the 1930s by glamorous yet canny women, striving to make their manicures last longer. The regrowth on painted nails doesn’t show quite as much with this nifty little curve painted in…

Traditionally the ‘lunula’, the small crescent-shaped marking on the nail bed resembling a half-moon, is left bare, while the rest of the talons are painted rouge, or any other colour combination of your choosing! This trend has been seen all over the catwalks over the past few years… 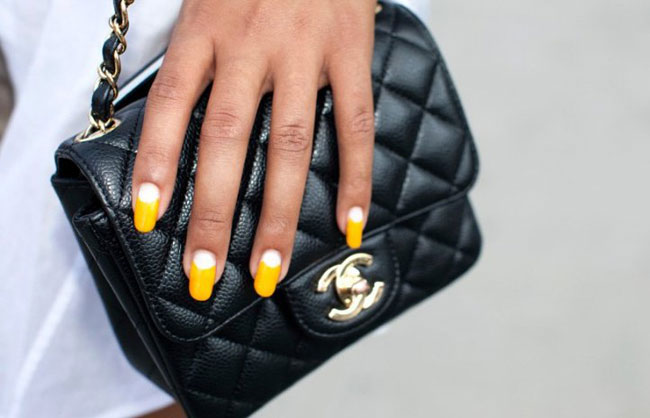 Yes To Yellow – Half Moon Manicure At Chanel

Nude And Black At Philip Lim 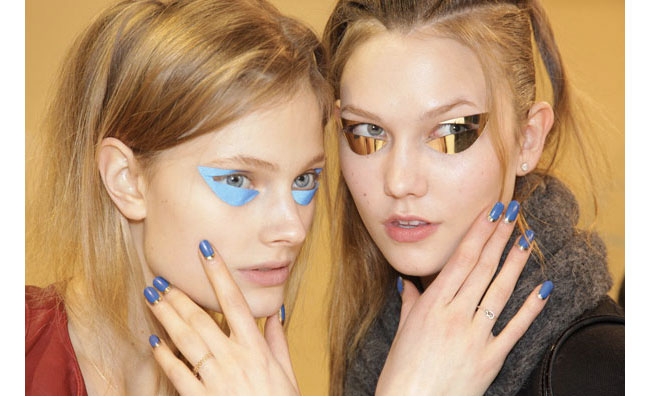 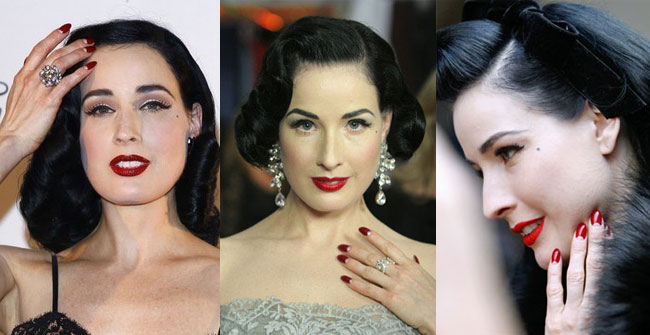 Who? Lil’ Ol’ Red Carpet Ready Me?! Why Alright… I’ll Be Your Pin-up

Dita Von Teese has partnered with U.S. brand Kiss, launching a line of ruby red, press-on nails in her signature style. The ‘moon’ is a pearly shade – just like la luna! 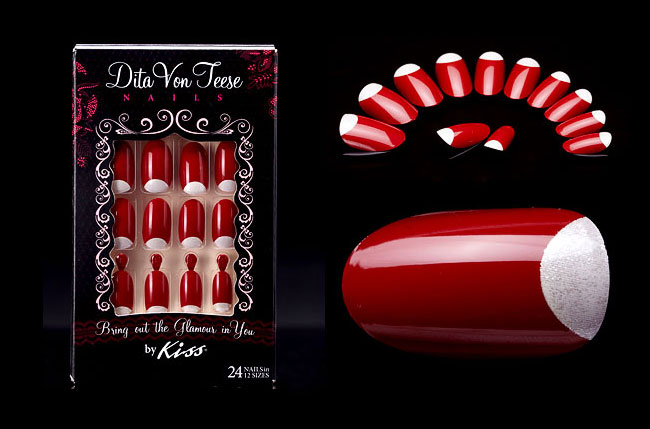