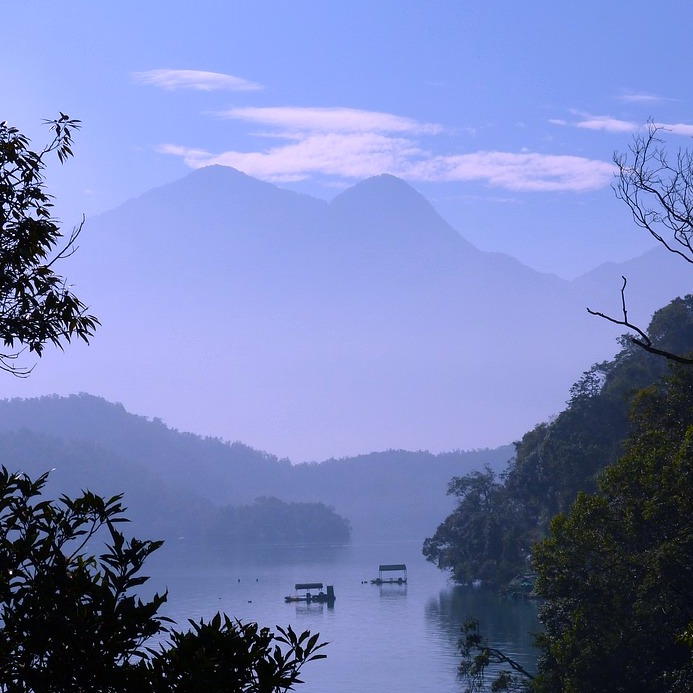 Some time ago I read about Sun Moon Lake, Taiwan’s largest lake at almost 8 square kilometres, which is definitely on my bucket list.

The beautiful freshwater lake is just an hour south of Taiwan by train, and has attracted honeymooners and tourists alike since the 1950s. It’s meant to be stunning, and was a favourite retreat of former president Chiang Kai-shek. Highly recommended if you’re in Taiwan!

Why Is It Called Sun Moon Lake?

The west side of the picturesque lake resembles a crescent moon, while the east looks like the sun.

How Do I Get There?

Located in the heartland of Taiwan, Nantou County, Sun Moon Lake is easily accessible from the capital of Taiwan, Taipei.

Travelling by rail the train passes through dense forest and the lake itself is surrounded by trees and mountains.

What To Do At Sun Moon Lake?

Too excited to visit!