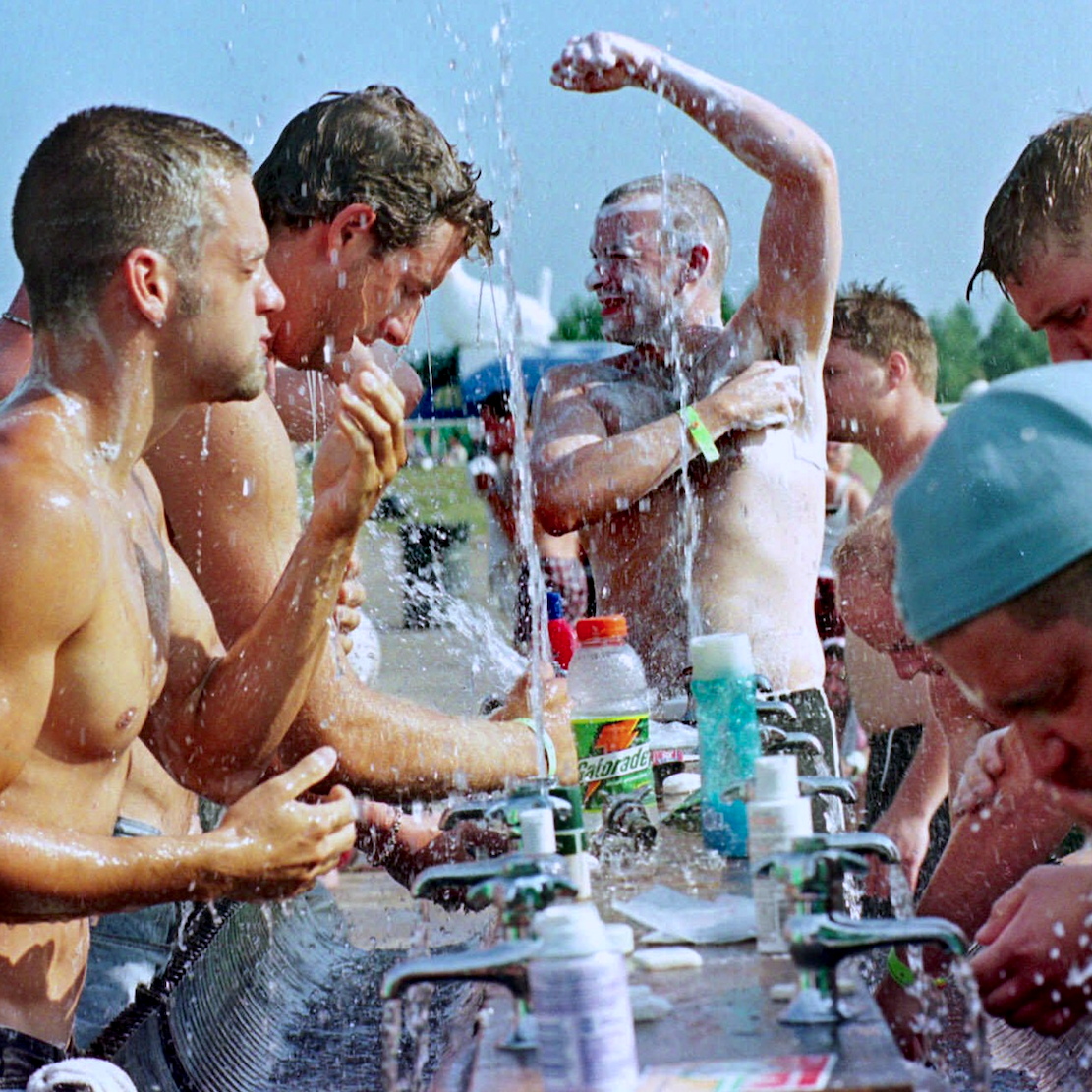 I personally love watching Netflix shows or documentaries, while simultaneously cross referencing the astrological transits and timing of events, and Trainwreck literally gives us a blow by blow of Woodstock 1999, at one point showing a shot of the waxing Moon in Sagittarius overhead the music festival.

Lets first look at the astrological aspects, which I’ll then reference in the events that followed.

The North Node 13º01′, Mercury (Retrograde) 5º16′, Ceres 00º40′ and the Sun 00º26′ were all in Leo, the resplendent lions sign, signalling vitality in the fire element, performance, entertainment, festivities and parties!

[But, with that pesky Mercury Retrograde, also major MIS-management.]

“The greatest show anyone has ever experienced“? Not quite! It was an utter disaster. 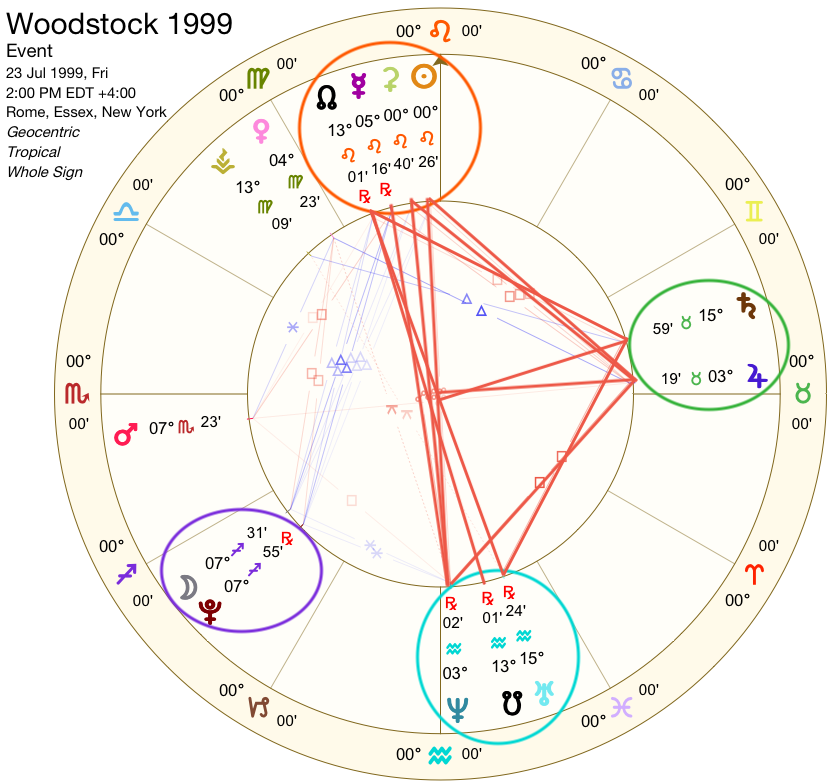 Roughly timed for the start of the festival…

Across from the assembly in Leo (Orange circle) in the chart, we have Neptune 3º02′, the South Node 13º01′ and Uranus in Aquarius 15º24′ (Turquoise circle), with a square between Saturn in Taurus 15º59′ and Uranus (and the Nodes), and a square between Jupiter 3º19′ (in Taurus – Green circle), Neptune and the tight Sun-Ceres-Mercury trio.

Again, note two distinct T-Squares in the chart above:

Taurus, Leo, Scorpio and Aquarius are the fixed modality in astrology, and as with all common modes (Cardinal, Fixed or Mutable) there is a clashing of styles between these four signs.

We had an overwhelming amount of planets and points in this mode at this time: slow moving Uranus & Neptune, the Eclipses (therefore the Moon’s Nodes), Jupiter and Saturn (also relatively slow moving), the Sun in its domicile in Leo (plus Mercury), and Mars in Scorpio (also in its domicile sign).

Some key words we can ascribe to these signs are longevity, endurance, staying power and persistence, but also resistance, stubbornness and immovability.

Let’s see how this pattern played out.

As the Netflix documentary details the 1999 festival was all kinds of chaos.

The festival opened with Tibetan monks blessing the event, a ceremonial nod to the style of the original Woodstock, but also a reflection of the Sagittarius Moon, aligned with Mercury and the Nodal axis.

Sagittarius is worldly, a zodiac sign of seeking and exploration, of culture and quests – also higher education, higher thought and journeys.

Not only does it point toward global references (and spirituality, priests or preachers) but also college students, young adults striking out on their own path to know more.

Note the Moon’s conjunction with Pluto in Sagittarius.

The late 90s were a time stamped by Pluto in this sign, with cultural references including the ‘coming-of-age sex comedy film’, (American Pie, Road Trip, etc. but also American Beauty, Cruel Intentions,) the Clinton Scandal and Fight Club. It was a more masculine time, with a way more sexist tone than is published in the mainstream today.

I see Pluto in Sagittarius as alchemizing (compounding and transforming) the artistic ideas and trends born during the Neptune in Sagittarius window.

This includes the commercialisation of MTV (launched with Neptune in Sagittarius) and even the titivating (pornographic / pimp) entertainment style of the 70s (both The Girls Next Door / The Girls of the Playboy Mansion and Kim Kardashian’s sex tape came at the end of Pluto in Sagittarius).

Anyway, the Moon-Pluto signature was definitely prevalent over the weekend, with lots of nudity from the get-go, and Spring Break party vibes. The presence of the pay per view cameras encouraged festival goers to show off with increasingly wild behaviour (this is not about the music but about money-making, profiting).

Born with Leo Rising, a Taurus Sun / Venus / Midheaven, James Brown was one of the first acts to take the stage, who initially refused to go on because he hadn’t been paid in advance (more on money issues later!)

Leo North Node Sheryl Crow was heckled a lot, with “show your tits”, an early indicator of the misogynistic behaviour and tone, TV presenters were targeted, too (Sun in Leo figureheads)…

“The perfect storm had started to form.”

A lot of people were there to see KoRn, who got the crowd hyped.

On Saturday, ‘Kid Rock’ looked like a King in a heavy fur coat, which he thew off in dramatic style; his set started at 1 pm.

This was Leo Season, so it was fitting that the crowd look to performers, VIPs, the ‘stars’ but also that it was blazing hot.

The Netflix documentary reveals that the temperatures of that day were getting insanely sweltering, and point out the organisers had not provided adequate shade or water for the people (Aquarius). The matter of responsibility could be described as ‘passing the buck’, with the goal of the festival to make money. Massive budget cuts are to blame according to the documentary (Saturn in Taurus), with no real rules being tended to.

No rules, no security, no responsibility, a lack of infrastructure caused things to unravel (Saturn square Uranus + Jupiter square Neptune)…

Producers were disorganised and not paying attention to the problems!

There was reported FILTH at the toilets, layers of trash, and disgusting garbage. 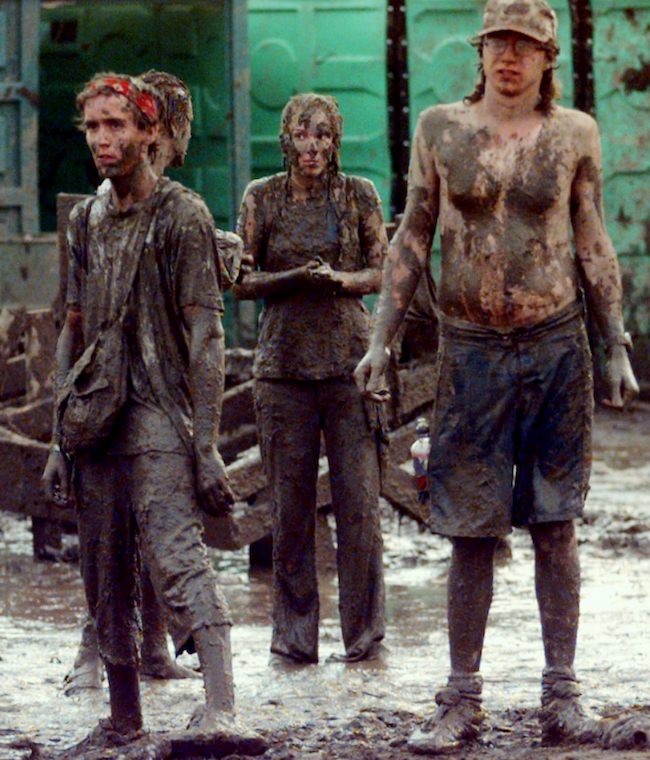 Why? Sanitation services had budget cuts (again, Saturn in Taurus) and were farmed out to other parties (Scorpio), and did not do their jobs – no responsibility, no safety. There was not enough security, with irresponsible choices for supervision (‘Peace Patrol’ figures weren’t proper security, no ‘real authority’ or police – Saturn square the Nodes).

The kids were there for a cultural experience (Neptune in Aquarius) but were being oversold (Jupiter in Taurus) and ripped off – even for bottled water!

The budget cuts and greed (Saturn in Taurus) bought about agitation and utter rebellion (Uranus in Aquarius)!

Hostility built, then on Saturday by around 5.30 pm, anyone who was trying to do their job (Saturn) had lost control (Saturn square Uranus & Nodes).

Around 7.00 pm, Limp Bizkit took the stage and encouraged the crowd to start ‘breaking shit’ (the anarchy of Uranus square Saturn).

Fred Durst is a Leo Sun-Mars, with Mars at 21°; at this point the transiting Sagittarius Moon was trine his Mars… 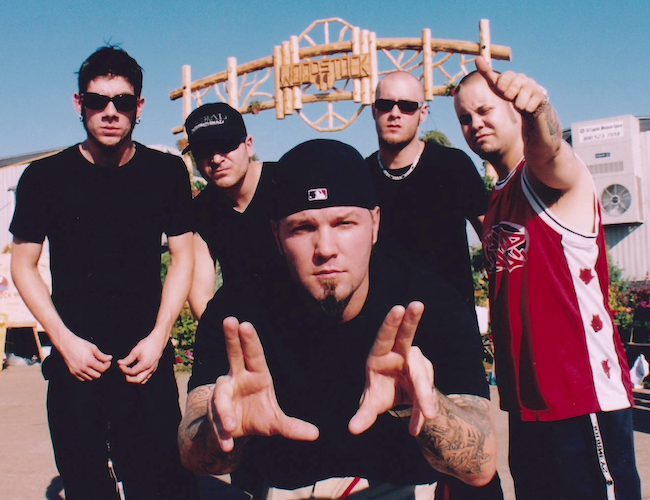 Late into the night, the audience only had the Rave Hanger to go to, where Leo Fatboy Slim (born with a Sagittarius Moon) took to his DJ booth.

By Sunday 12.45 am all hell was breaking loose, with drugs and sex on the dance-floor, and worryingly (on top of being manhandled and groped all day) women being raped, with a general lack of safety all around.

Willie Nelson opened the festival on Sunday morning, there was also a testy press conference, and although we don’t know the times for that we do know at 11.09 am the Moon moved into Capricorn….

People were burned out…

The drinking water results came back from sanitation (Mars in Scorpio) and it turned out it wasn’t at all safe for consumption thanks to human feaces infecting the water. The pipes had smashed and mixed with run off from the porta potties or porte-loos. Everywhere was covered in shit, with people jumping around in it like a mud bath – and there was nowhere to wash off (can you imagine the smell?!!)

Jewel came on later in the day, and described the atmosphere – as if “the crowd could turn at any moment”… (Sun approaching its opposition to Neptune)…

Chilli Peppers were the last scheduled act on Sunday; with the Sun opposite Neptune they performed naked, then a dastardly candlelight vigil happened. 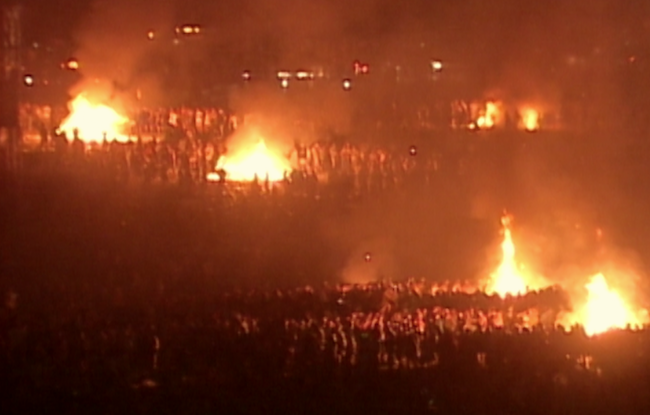 The Chilli Peppers played ‘fire’, an ode to Jimi Hendrix… A mob mentality broke out, as well as multiple bonfires…

The festival goers (Aquarius) were taken advantage of (South Node), people were angsty (Uranus) over the prices (Taurus). They went to tear down the walls and art, the had enough – the speaker towers came down Sunday night, a heard of people were rioting.

They were absolutely pissed about the money, singing Rage Against The Machine: “fuck you I won’t do what you tell me”… 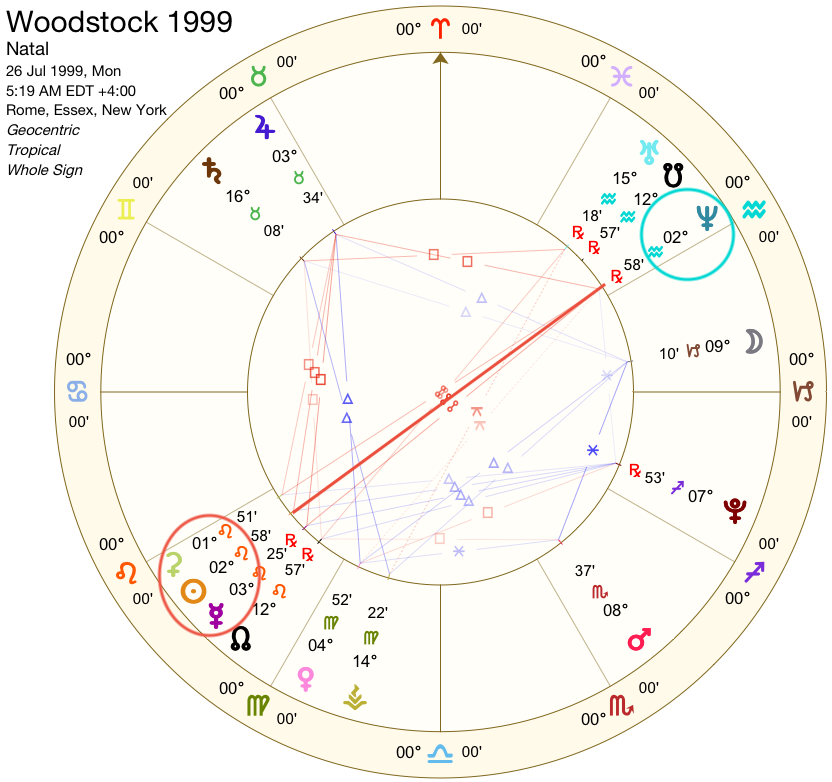 In particular, the trailers were targeted, any and all Property of Woodstock (Saturn in Taurus), plus the Vendor Village.

The crowd (Aquarius) smashed (Uranus), mobbed and robbed the ATM machines (Saturn in Taurus) so that it was like a war zone, with explosions going off!

At this point, the Sun had passed its opposition to Neptune, the site was decimated and blown up.

The aftermath was severe, with rapes and sexual assaults reported, molestation and injuries – people were sick from the water, just total wreckage. Tragically, three people died.

To summarise the astrology:

Interestingly, the square between Uranus in Aquarius and Saturn in Taurus mirrors the current square in our skies that features this October (Saturn in Aquarius square Uranus in Taurus)…