Could The Criminal Master Mind Be Capricorn Rising? 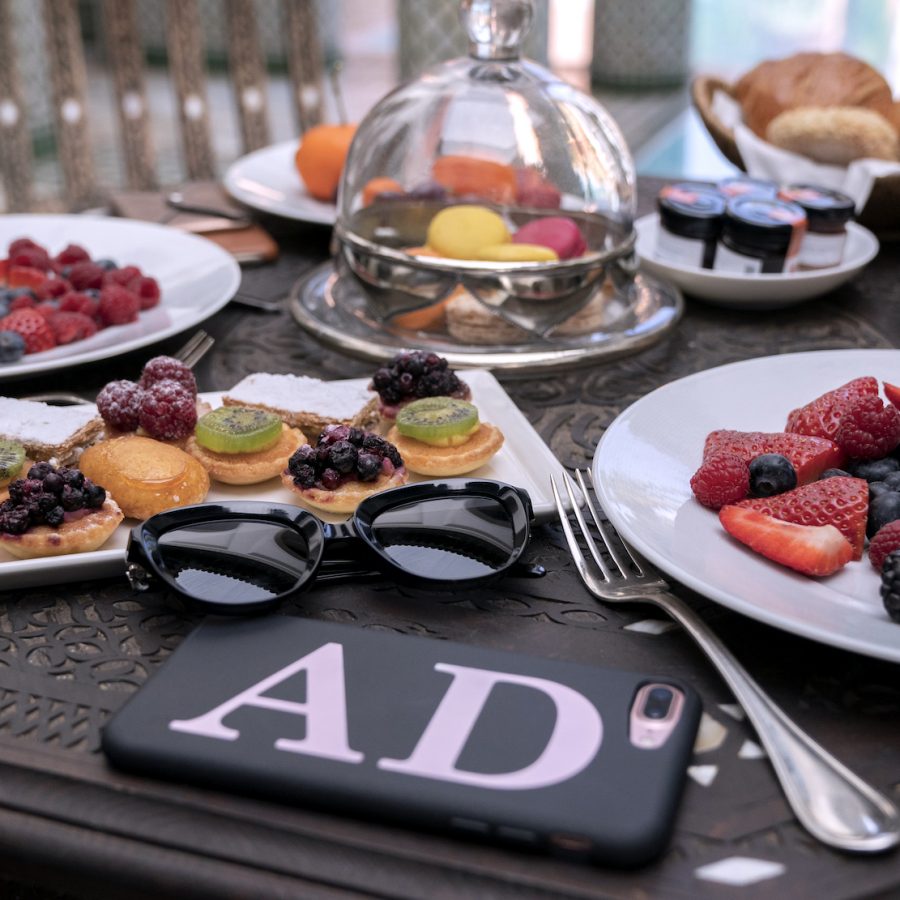 With an unknown birth time, sadly we can’t cast an accurate chart, however I’ve drawn up a natal horoscope for Neptune conjunct the ascendant (Capricorn Rising).

June 2011, Sorokin moved to London to attend Central Saint Martins, (Jupiter possibly on her Aries Moon) but dropped out and returned to Germany.

In 2012, she briefly interned at a public relations company in Berlin, then relocated to Paris with an internship for Purple, a French fashion magazine. Around that time, Sorokin began using the name “Anna Delvey”.

Summer of 2013, Sorokin traveled to New York to attend Fashion Week (with transiting Mars conjunct her Jupiter); she attended Art Basel Miami (December 3rd to the 6th, 2015) with the Moon, Jupiter and North Node conjunct in Virgo (and her 9th house if a Capricorn Rising). In August 2014, she would’ve been having her Jupiter Return, with Venus and the Sun assembled here. She was (according to Wikipedia) partying in Montauk, New York, and there are also pictures of her at a CFDA after-party online, so it must have been quite a fun summer! Jupiter in Leo? An obsession with fashion magazine, scamming people involved in the arts, the story of being an heiress and a big draw toward a lavish luxury lifestyle…

Sorokin hired a PR team to organise a birthday party for her, January 2016 – her credit card was declined but the event went ahead – on Saturday 23rd January 2016 (her birthday) Venus had just entered Capricorn, with transiting Mercury Retrograde conjunct Pluto (15º50). This is around her Neptune – and possibly her ascendant.

The reason I’m guessing this, is because she reminds me just a bit of Leo Kylie Jenner – I know they look different, but Kylie also has Neptune Rising, and her face shape just has something about it that makes me see a similarity between the two…

As Neptune is the planet of fakery, and fraud, it’s not an unlikely call… Also, the way she showed up to court with the very businesslike clothes (with a few baby-doll dresses for her Aries Moon) just makes me think of Capricorn. The glasses? Aquarius.

She then went about her masterplan, using Microsoft Word to create fake bank statements and other financial documents purporting to show that she had €60 million in Swiss bank accounts, and in November 2016 (Scorpio Season activating her Pluto-Midheaven) submitted false documents as part of a loan application for $22 million to City National.

On January 12, 2017 she was granted a temporary overdraft of $100,000 (with transiting Saturn sextile her natal Venus), and it seems in February 2017 $55,000 of the overdraft (not spent on a due diligence process) was returned to her – she then spent lavishly on luxury clothes, electronics, and a personal trainer.

February 18, 2017, she checked into the 11 Howard hotel in Soho, Manhattan (Venus, Mars, Uranus in Aries – and possibly her fourth house). There was then a Venus Retrograde in Aries (dipping back into Pisces), and she bounced around hotels.

May 2017 was the infamous “all-expenses-paid” journey to Morocco (North Node all this time in Virgo, Sun in Taurus – house of vacations and holidays), followed by more scamming of hotels.

At this point the North Node moves into Leo (late May 2017) and Uranus might have connected with her Moon in the late degrees of Aries. By July 5th she’s rendered homeless (Sun-Mars in Cancer, Mercury in Leo – calling upon people to help her out…)

Sorokin was arrested on October 3, 2017, while staying at Passages Malibu, a luxury rehab/addiction treatment facility in California; this was Libra Season, with Jupiter and Mercury in Libra – potentially bringing her prominence, seen by the authorities (Transiting Jupiter opposite Uranus in Aries). Mutable T-square in play: Moon was conjunct Neptune in Pisces, opposite Venus-Mars in Virgo, square Saturn in Sagittarius…

On December 18, 2018, Sorokin rejected a plea deal that offered three to nine years in prison (she was having her nodal opposition, Saturn at 9º49′ Capricorn on her Mercury); according to Wikipedia Sorokin had 13 infractions for misbehaviour while incarcerated at Rikers Island during trial, fighting and disobeying orders and was placed into solitary confinement during Christmas – again, Saturn on her Mercury-Uranus conjunction, Uranus on her Moon square the transiting Nodes.

April 25, 2019 the jury found Sorokin guilty of eight charges: Moon-Saturn conjunct the South Node (and Pluto in Capricorn), May 9, 2019, she was sentenced to 4 to 12 years in state prison (Moon in Cancer conjunct transiting North Node)…

February 11, 2021, Sorokin was released from prison on parole (Saturn, Jupiter, Venus, Mercury, Moon, Pallas and the Sun in Aquarius) and checked in to The NoMad hotel with a German camera crew following her.

Around March 25th 2021 she was taken back into custody by Immigration for overstaying her visa (Saturn, Jupiter in Aquarius, Mars-North Node in Gemini).

January 2022, she tested positive for COVID-19 in prison and was placed in quarantine (Venus Retrograde in Capricorn, Sun, Pluto in Capricorn…)

She’s certainly not out of the woods yet! 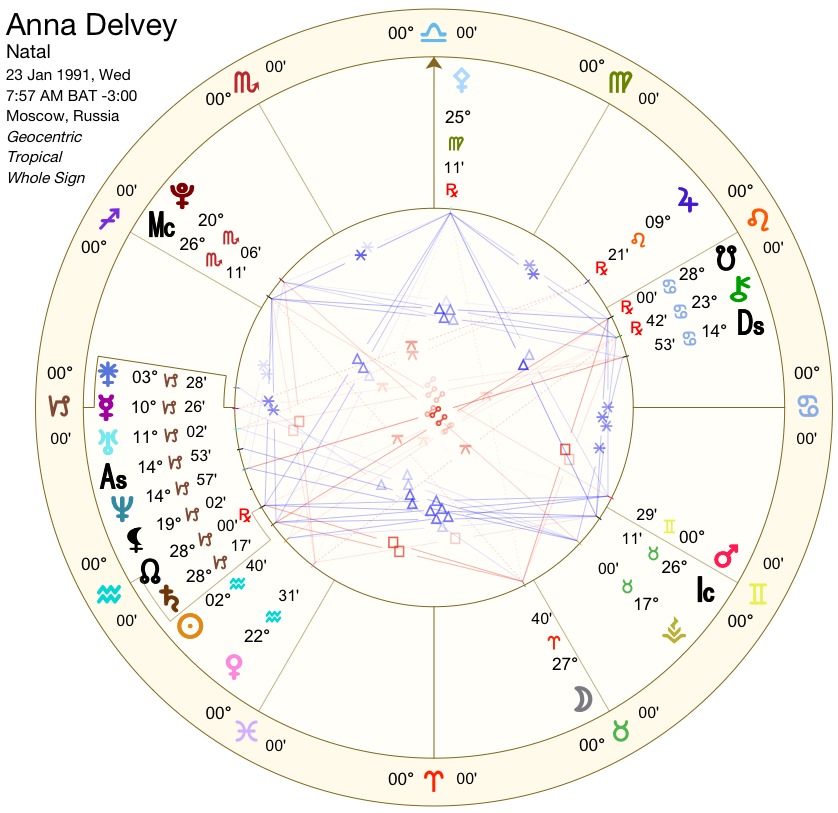