Androgynous Helper And Hero – The Story Of Aquarius The Water Bearer! 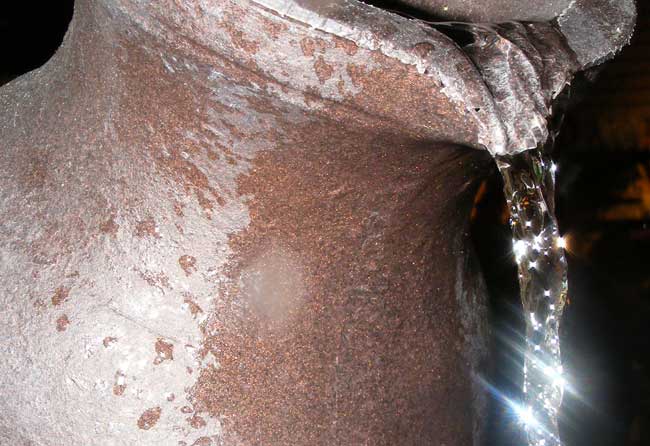 The Mythology Of Aquarius The Water Bearer…

Ganymede a most beautiful young man and prince of Troy, was spotted one day from Mount Olympus by Zeus, who decided to take as his lover, servant and cup bearer to the all the gods.

Transformed as a giant eagle, he swooped down and kidnapped him.

His wife Hera was understandably annoyed with Ganymede as not only was he the object of Zeus’s affection, but he’d taken the responsibility of carrying the golden cup from their daughter Hebe, goddess of youth.

Nevertheless, Ganymede was very kind recognising that the people on earth were in need of rain, which he duly sent down, Zeus immortalised him as the god of rain as a constellation in the stars.

Other Interpretations Of The Aquarius Constellation

Babylonians associated the overflowing urn of Aquarius with the heavy rains that fell in the eleventh month and the Ancient Egyptians believed that the annual flooding was Hapi – the god of the Nile, dipping his urn in the river, causing the banks to break.

Art For Aquarius The Water Bearer 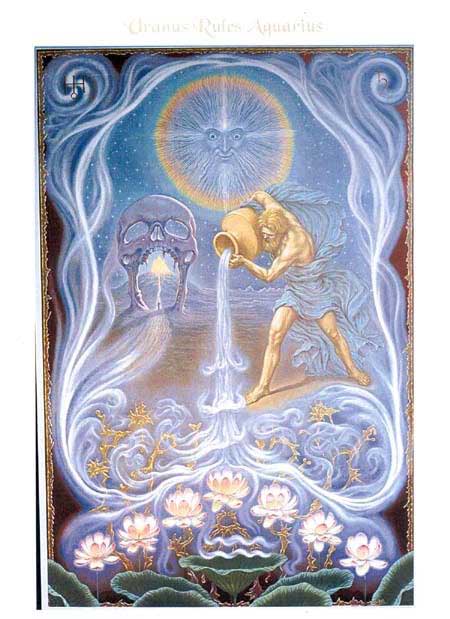 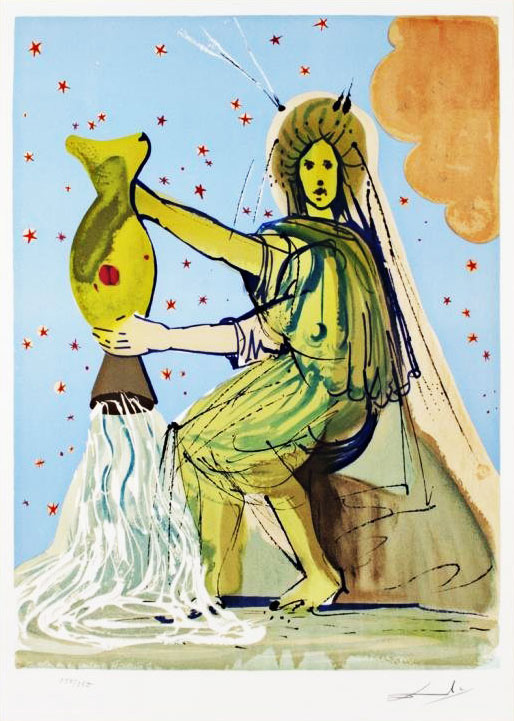 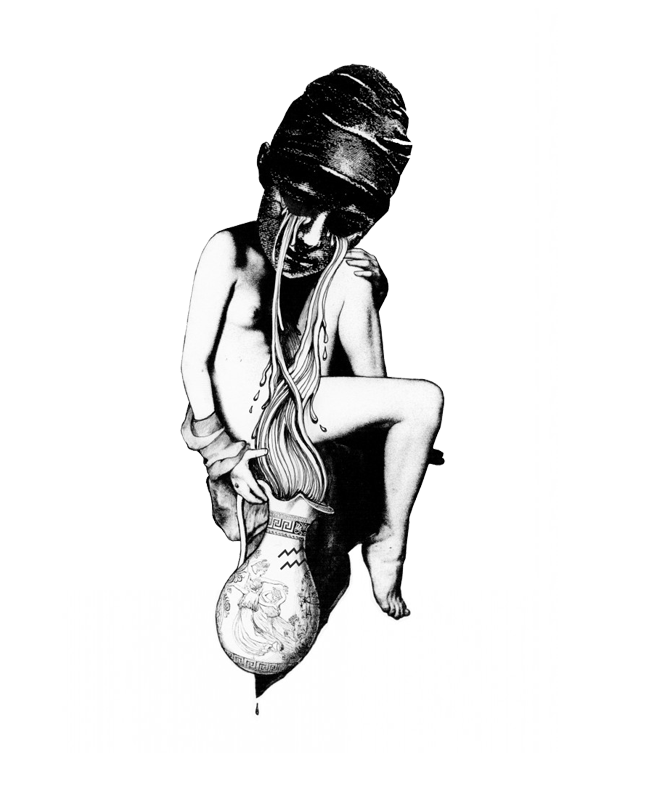 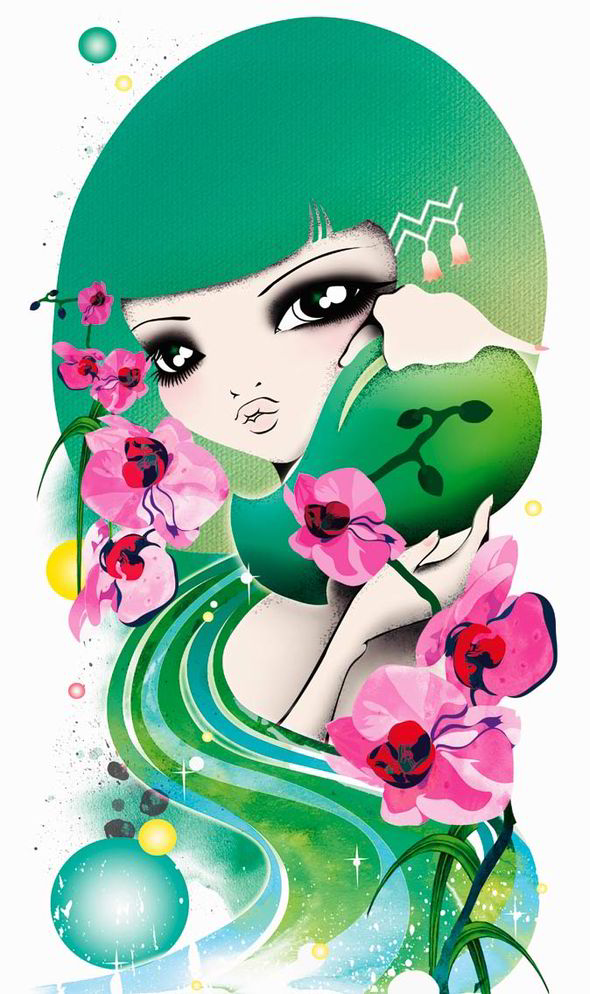 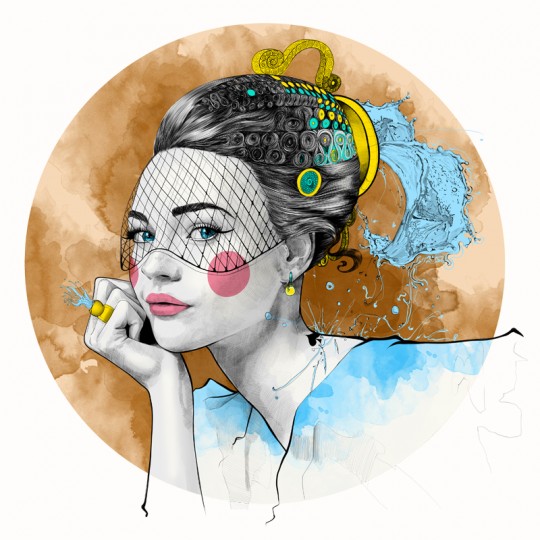