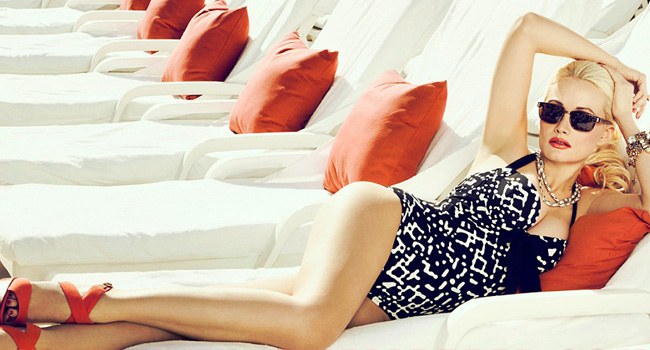 Venus In Sexy Scorpio But This Bestseller’s A Capricorn Success Story!

Holly Madison sure has one interesting tale to tell.

A ex-resident of the Playboy Mansion, star of its TV show and ongoing publicity machine, Madison moved in with Hugh Hefner back in 2001, and for several years held the top spot as ‘girlfriend number one’ in his (gross) gaggle of playmates.

Her tell-all memoir ‘Down the Rabbit Hole: Curious Adventures And Cautionary Tales of a Former Playboy Bunny‘ is currently the biggest selling non-fiction book in America, sitting at the top of the New York Times bestseller list.

In the process of publishing she’s been branded sensationalist-liar by fellow bunnies, with her claims about the reality of life behind the lens and closed doors.

Interestingly, quotes from her peers are aimed to criticise, discredit and tear chunks out of her, rather than re-paint a realistic picture of life at the Playboy Mansion. Telling…

Victimisation and scandal – even the book name – speaks of glamour planet Neptune, which interestingly sits between Holly’s Mercury (expression) and Sun (philosophy) in the birth chart.

Neptune IS disillusion and delusion, inconsistency and confusion, it’s the dreamy, watery glaze that’s cast upon harsh realities, which is of course Saturn’s job to highlight…

We don’t have an accurate birth time for Madison, so can’t precisely look at the astrology behind the star or draw up a truly accurate horoscope, however we can tell a lot simply by her birthday, December 23rd, 1978.

Holly was born when the Sun was transiting the zodiac sign, Capricorn. Known for their love of long term goals and dogged ambition, Capricorn are serious mountain goats climbing and ascending their ladder of choice.

Now, labelled as a ‘lone wolf’ and outcast, to me she always came across as set-apart, a somewhat serious character on the TV show that allowed us a peek inside Hef’s home: Girls of the Playboy Mansion.

In contrast to Bridget and Kendra, Holly played the responsible grown up, the ‘big sister’ of the trio.

All three girls carved out their personalities – Kendra Wilkinson, the jovial tomboy (Gemini with Moon in Aries, if you were wondering), Bridget Marquardt, the sweet bimbo (a multiple Libra!) Holly was the reliable one with a slightly formidable vibe.

Suffocated, she now reveals that Hefner blocked any hopes and aspirations of the girls becoming centrefolds, which in turn offered them the independence to leave the household and have a career, and a life after Hef. I guess he didn’t ask “What’s your sign?!!”

Because You See Capricorn Is BUILT For SUCCESS

Furthermore, Venus was in the stealthy sign Scorpio when Holly was born, and of greater significance it was in close alignment with revolutionary Uranus.

Venus, ruling our relationships means that partnerships that go against the grain appeal. Katie Holmes also has this astrological marker in her birth chart, in the same sign of Scorpio – and life with Tom Cruise must’ve been quirky to say the least!

Uranus conjunct Venus suggests a person that can be quick to fall in love. It suggests sexual experimentation, a love of the ‘different’ and unusual, a love of being different but also can give a sense of detachment. Holly remarks on her ability to separate off in her bedroom relations with Hefner, mentally if not physically.

Alternatively (or additionally) Uranus can be projected onto partners, with Uranian traits displayed by significant others – independence, originality, unreliability, inconsistency, and freedom-loving (and Hefner certainly ticks those boxes).

Then There’s The Moon

The Moon in Libra was sitting with powerful Pluto when Holly was born too.

This aspect indicates an intense relationship with the mother, a compulsive nature and a fear yet need to merge with another (this pairing in the sign of Libra, the constellation that presides over marriage and partnership, would prove particularly heavy for this astrological marker).

The Moon-Pluto person is naturally intuitive, a born psychologist who understands people and their deep secrets and insecurities. They have emotional feelers, which can be both good and bad.

On the one hand these folk can help and understand others, their fears, and self-destructive patterns. Or riddled with insecurity, negativity and judgement can rule. They may imagine more sinister motivations than are actually there. There could be an innate sense of loss and betrayal, and an expectation of being wronged and of course living in that vibration could well attract it into the present. Cue a backlash from Hef’s army…

We know that astrology works in cycles and that the pull of the planets have some sway over current events so what’s happening in the sky for Holly now?

Uranus, the planet she knows so well, has been hanging out for some time in opposition to her natal moon. Dubbed an ‘astrological transit’, a Uranus opposition can cause quite a stir inside, with those reactive and rebellious feelings just egging to bust out!

Uranus is radical change, revolutionary actions and Holly’s willing to sit on her story no more. It’s worth noting that Uranus is in forthright Aries currently, an extra zealous sign that loves honesty.

Holly now proclaims she’s a feminist and is open about her story, the past and is standing up for her truth, for which I’m glad – fling the doors open on the mansion Holly and let the sun shine in! Someone needs to give it a good clean out, and see that Hefner takes responsibility for his part in the story (perhaps when Jupiter moves into Virgo!)

I hope that women can draw strength from this, and that the gritty, dark side isn’t glamourised. I also hope that the real message comes across loud and clear, that it isn’t drowned out by others’ claims that she’s simply writing her memoirs for the money…

I hope it shifts some perceptions, nay moves mountains and that boxes of bunny tails get binned. 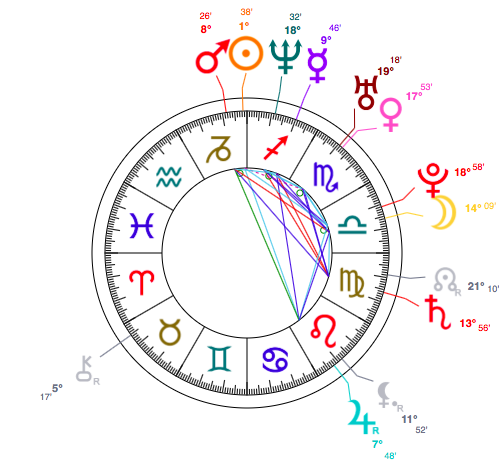