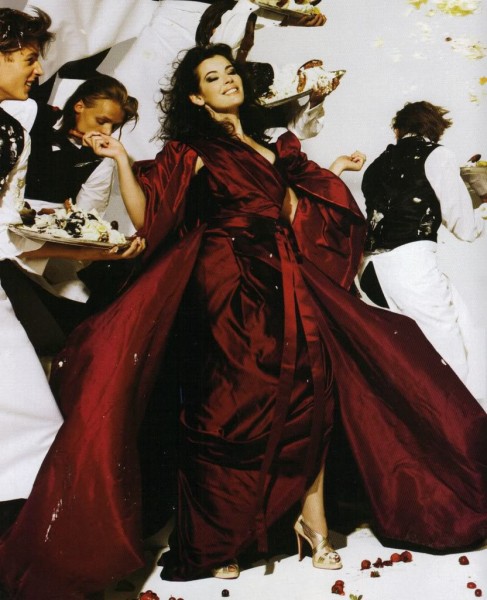 Oh Nigella, how do I love thee? Let me count the ways!

☆ Sun In Capricorn ☆ Moon In Aries ☆ Venus In Sagittarius ☆

Nigella is a steady and practical Capricorn Goat – ambitious, ascending to higher heights so that she’s now a national treasure! Capricorns are known for being generally conservative, even a little cold, however with Moon and Venus both in fire signs, there’s an undeniable warmth about her character.

Venus is in the exuberant sign of Sagittarius with Mars, and Saggy’s ruler Jupiter residing there too – a lucky planetary placement.

Moon is in Aries – feisty and intrepid, it can lend an independent streak and a naive charm to the personality, it also adds to the commanding Cardinal qualities of Nigella’s birth chart. No wonder the star looks Ravishing In Rouge… Capricorn’s colours are black (her signature shade) and deep olive greens.

If only we had her time of birth we could tell so much more!

Hopefully Nigella is mostly out of the woods now, although her Saatchi strife is undoubtedly linked to the underworld god, Pluto, which is currently transiting the sign of Capricorn and for some time yet.

Pluto represents violation, especially when undergoing a transit as is the case with Nigella. The story goes that this god kidnapped his wife (Persephone), dragging her to his lair. We were truly shocked by the images of Nigella – that’s Uranus at work too, I only hope that Pluto doesn’t roll on her too hard over the next few years…

We love you Nigella! 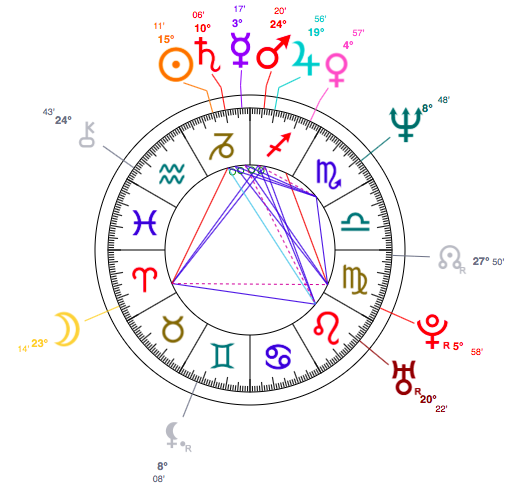