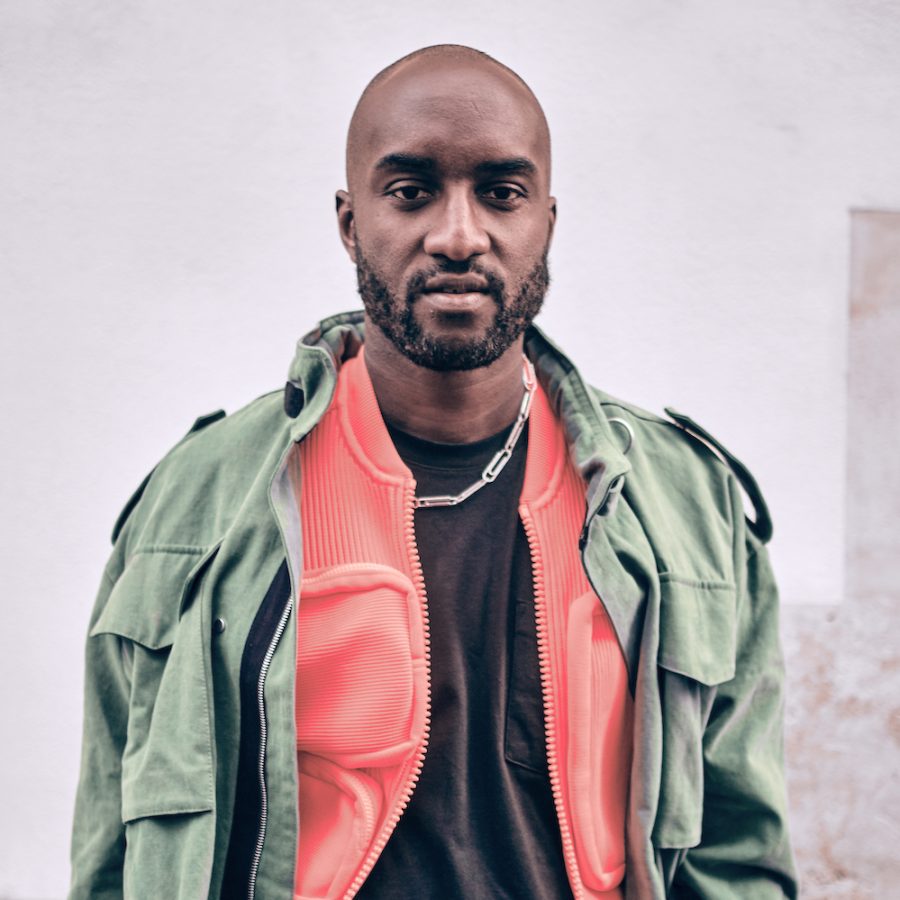 In charge of the biggest fashion house in the world, Abloh was involved in Kanye West’s early foray into fashion (West, a Cancer Rising / Gemini), and bought street culture into high fashion in a way that was accessible, rather than exploitative.

With the luminaries in Cardinal signs Abloh harnessed his capacity to make moves, lead and take charge.

Abloh epitomised the Libra archetype as an artist, architect and designer.

He completed a Master´s degree in Architecture at the Illinois Institute of Technology, learning not only important design principles but also the concept of collaborative working. Libra governs civilised ends – working with others to create harmony, beauty and a way to live together with people, and therefore pleasantry (Venusian grace and affability) and all that suggests are ruled by Libra.

We don’t have a birth time but we can assume the Moon is coming into its Last Quarter phase and a square to the Libra Sun – Saturn, too.

Cancer is a sign governed by the pearly white Moon; in 2013, “Off-White c/o Virgil Abloh™️” was introduced as a seasonal men’s and women’s fashion brand, when Jupiter was preparing to enter Cancer. The company moved into the production of furniture designed by Virgil Abloh, touching on home life (a Cancerian sentiment), with his first furniture collection called “Grey Area”.

When Jupiter was in Libra in 2016, Virgil was inducted into the BOF 500 “The People Shaping The Global Fashion Industry” List, and was nominated in the category of International Urban Luxury Brand at The British Fashion Awards.

Virgil’s emotional life and sensitivities (Cancer Moon) were at odds with his purpose as a fashion leader, and yet from the astrological tension in a chart (a square or opposition) comes the greatest experience, overcoming the dynamic to live and create in ways that navigate differences.

I like – and am drawn to – the Scorpio signature: Mars and Uranus co-present with Mercury at 0º of the sign – a powerful trio!

0º is the initiation point of a sign, and Mars is in its domicile in Scorpio – it’s able to act seamlessly, at home in the sign. What’s more, the Cancer Moon plays harmoniously with Mercury in the water signs, a potent force!

As the Moon speaks to the mother, we can speculate that Abloh had a lovely relationship with his mum (Eunice Abloh, a seamstress), since this is a nurturing Moon Sign with plenty of nurture and care.

With Saturn, however, there must have been plenty hardship, hard work and discipline to be reckoned with (we know he learned the craft of how to sew from his mum at a young age). With a Cancer Moon it’s safe to say his mum was a big influence!

Venus in Leo trine Neptune in Sagittarius (+ Pluto, and the Karmic North Node)…

Venus works in harmony with Neptune in the fire signs, an absolute joy for creative freedom and infinite artistic vision.

Born during the Neptune in Sagittarius era, a time of overt fashion, excessive colour use, and over-the-top touches (at the close of the 70s and fresh into the 80s), Abloh has the spirit of optimism emphasised, thanks to the Venusian connection.

(Note Sagittarius is the Zodiac Sign of the Archer, too, its glyph an arrow, like the Off-White brand generously uses).

The element fire is passionate, playful and exuberant. This blend of Venus in Leo and Neptune thrives in creatively, and Pluto in Libra sits at the midpoint of the Venus-Neptune trine (at 21º).

Pluto is also sextile the North Node – his family (who know him best) mentioned in a statement on Instagram, that “Virgil was driven by his dedication to his craft and to his mission to open doors for others and create pathways for greater equality in art and design. He often said, “Everything I do is for the 17-year-old version of myself,” believing deeply in the power of art to inspire future generations.”

The great purpose of upholding equality, opening doors for others in art and design is just a gorgeous expression of his Libra Sun, and I wonder if the 17-year old Abloh was tapping into his Pluto-Venus-North Node, with depth and purpose thanks to the progressed Sun at 24º…

Regal, resplendent Leo is drawn to luxury and lavish trimmings. Yet, thanks to Jupiter in Virgo there’s a planet to reign in any excess, and temper too much ostentatious inklings.

Interestingly, Louis Vuitton was himself a Leo with a Libra Moon! A Cancer Rising with Venus in Virgo, what he started makes for a beautiful astrological match for Abloh to make magic and continue the LV signature…

Still, with Venus conjunct the North Node (by 6º) a life of beauty, fashion, creativity and personal expression was written in the stars…

“Virgil was not only a genius designer, a visionary, but also a man with a beautiful soul and great wisdom.”

Abloh himself said earlier this year he planned to use his LVMH partnership for good. In true Libra style he was focused on relationships, on people and aimed to “to expand opportunities for diverse individuals and foster greater equity and inclusion in the industries we serve”.

What a beautiful man! 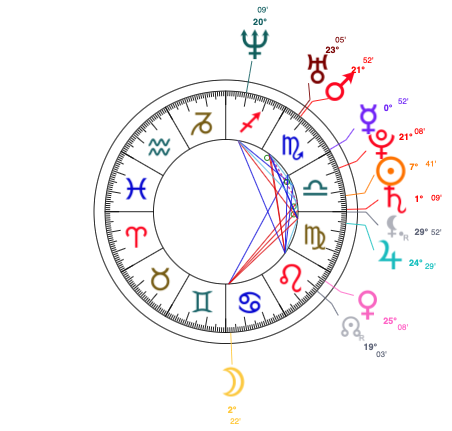