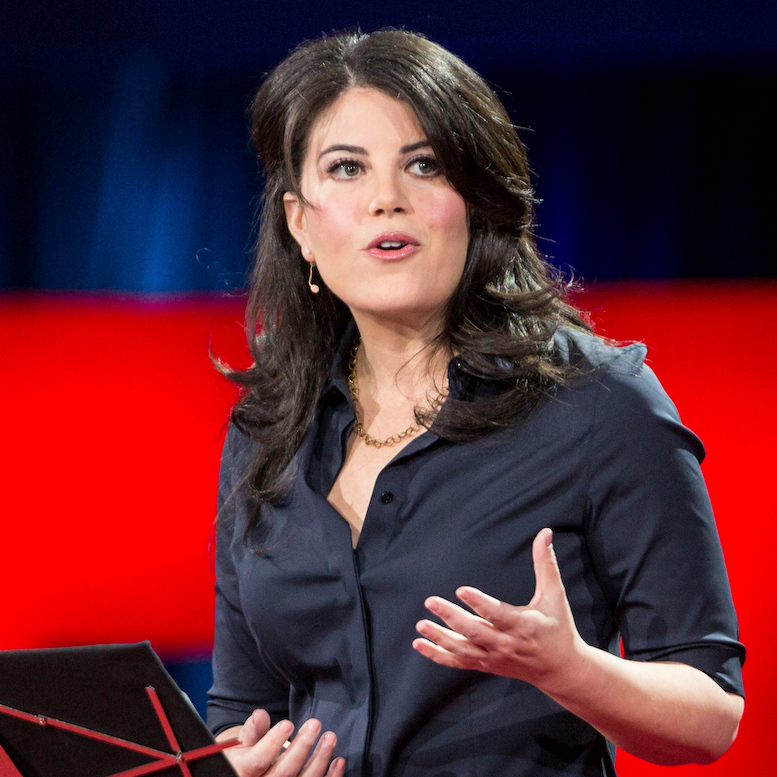 So what’s her stellar style?

A Libra Rising, Venus is the chart ruler, positioned in Leo with the Sun at the top of her chart, with Mars in Aries (ruler of the descendant) in the house of relationships.

Lewinsky has Uranus rising, perhaps alluding to the controversy she represents and shows up as, at a personal level – her presence shakes up the status quo!

Sun & Venus are pretty public, positioned either in the eleventh or tenth house depending on the house system you use. Either way, to me they speak of a path (in the public eye) to prominence and influence.

Working in the White House, Monica was clearly a career driven lady, following the call to be a part of an organisation far bigger than herself. She probably liked being a part of the efforts to do good in the world, devoted to a cause, community and the party of the president.

Mars strong [in its domicile sign Aries] suggests to me Monica is always facing up to characters in her midst who are demanding or demand attention.

Not only was Bill Clinton a huge figure, a man of power, but Monica references the bullies she faced after this situation. Mars is the aggressor planet, and in its own sign can be utterly unstoppable.

Libra Rising & Moon in Taurus are both Venusian – both answer to her Venus in Leo, while Mercury in Cancer adds a more gentle tone to the chart.

Though the Moon isn’t square to the Sun, it is at odds (both in the fixed element). A need for routine, security, consistency and steady connection was likely not easy as she followed her professional path!

A direct square to Jupiter perhaps prompted her to go overboard in search of comfort and stability. 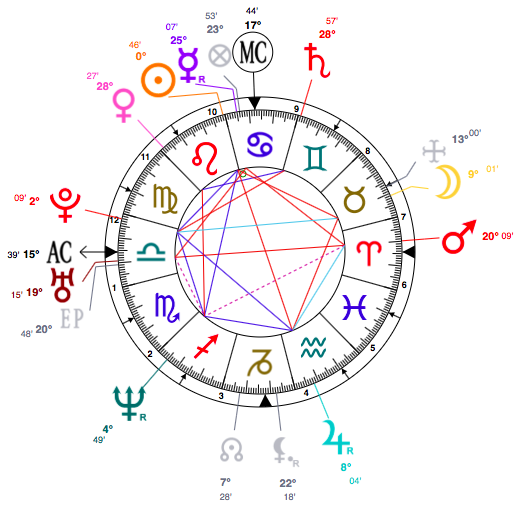