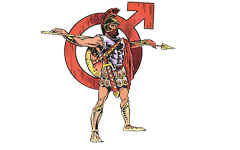 Mars is the ardent, aggressive, passionate planet of war, embodying a masculine energy.

Its placement can indicate our driving forces and what it is we’re willing to fight for – it’s how we assert ourselves in conflict. Mars also represents the male energies of hunting and chasing a sexual conquest. It can indicate the qualities a woman might be attracted to in a man…

So, our Mars is our animal passion and fighting spirit, and where Mars appears in our charts can reveal a lot about how we deal with conflict and our own anger.

Do we burn slowly and explode or rage and blow over?

How do we externalise these qualities and seek them out in others? A partner, friend, parent or child might have their sun sign matching your Mars, making them an awesome sparring partner!

All the planets in our solar system rule particular zodiac signs, with Mars ruling Aries and Scorpio.

The Scorpio sign is joint ruled by planet Pluto however, which lends itself to the darker reflections capable within the Scorp mind, whereas Mars’ role in astrology is linked to assertion, and power of a warriors nature. 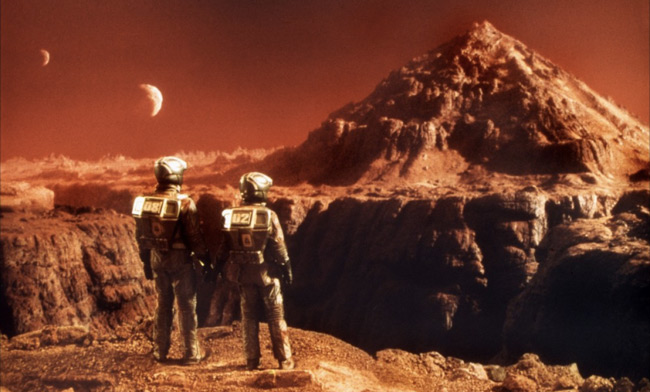 What About Mars Retrograde?

Just like Mercury, Venus and all the planets, Mars can appear retrograde at times.

Aries Yearly Horoscope… Your Annual Forecast Is In!

Rituals For The Full Moon In Aries…