They’re one of the world’s favourite doppelgängers – it’s Katy Perry and Zooey Deschanel!

There’s no denying, these stars look so similar but what do their horoscopes reveal? Check out the birth charts of these two lovely lady lookalikes to discover their stellar style…

So, while Katy Perry is a sexy Scorpio, Zooey Deschanel has oodles of classic Capricorn energy in her chart. Astrology reveals that these two constellations (Scorpio and Capricorn) are dominant across BOTH charts, signalling a striking similarity for the stars. Miss Deschanel is incredibly Capricorn heavy, with a serious stellium of planets in the sign, plus her rising sign is Cappy too.

Katy has Mars and Jupiter in the sign of Capricorn, however her chart boasts lots of Scorpio energy, which is also the Midheaven of Zooey’s chart. The Midheaven really sends out a signal about who we are, it’s like a big radio antennae that broadcasts a message to the world – “I am Scorp!” or in Katy’s case “I’m Leo – and you’re gonna hear me ROAR!” How apt.

With the combination of Scorpio and Capricorn we can see quite a serious aesthetic to these two, yet there’s a definite playfulness that’s undeniable. Sagittarius has a hand in the fun-loving element here, for Katy it’s moon and Venus in Sagg, while Zooey has less about her chart that suggest a larger than life aesthetic. Uranus widely conjunct the Midheaven could mean there’s something a bit zany in her look, Venus in Pisces steers her beauty to a more ethereal, dreamy and pretty aesthetic…

Looks like Zooey and Perry sum up the Scorpio-Capricorn blend beautifully! 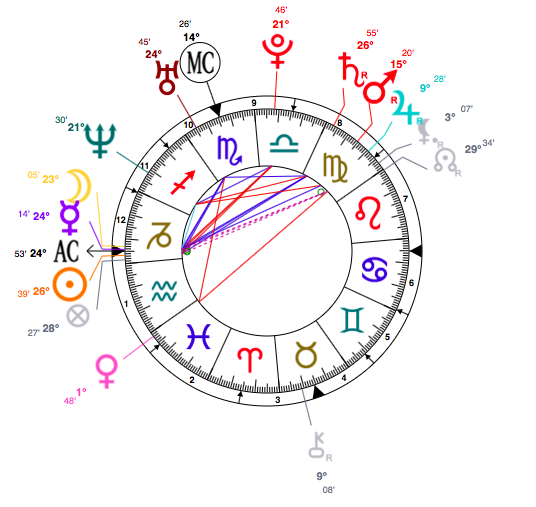 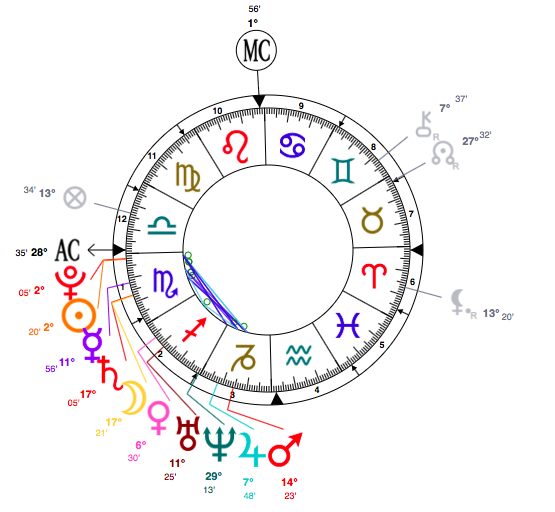