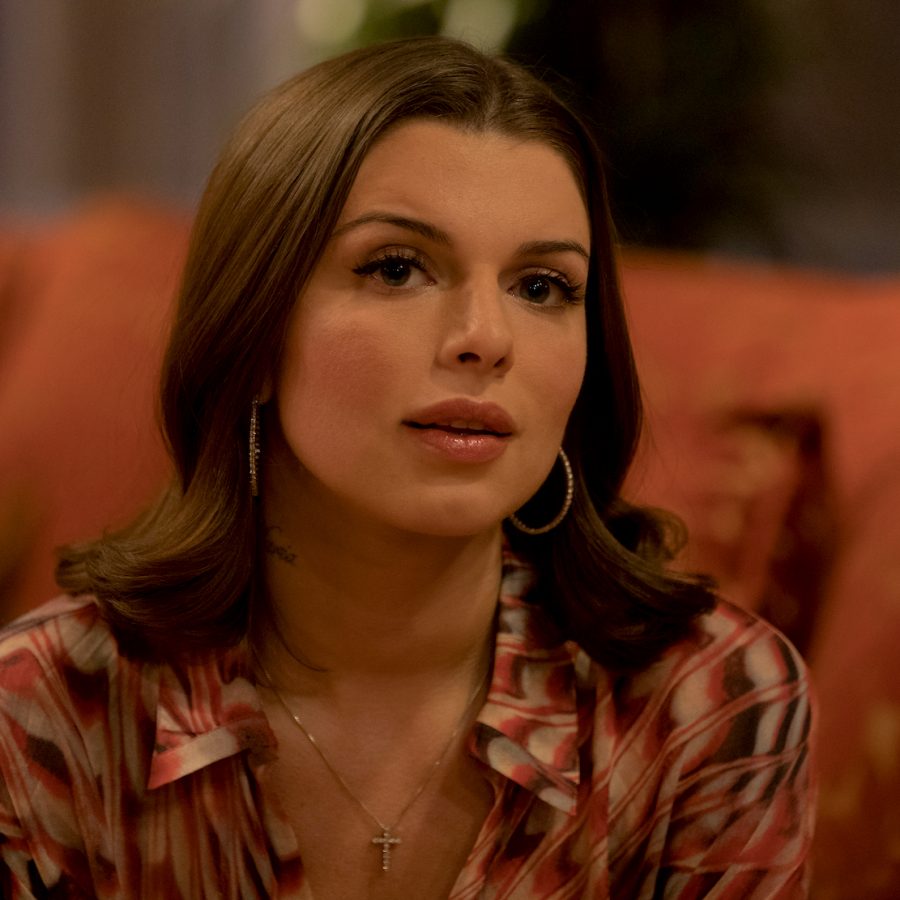 Born on a First Quarter Moon, February 2, 1990, actress, artist, model, and filmmaker Julia Fox has the Sun in Aquarius, Moon in Taurus – and a very earthy chart!

We don’t have an exact birth time, so sadly can’t know the details of the stars personal horoscope, however what we do know seems to fit!

Fox was born in Milan to an Italian mother and an American father – the Luminaries (mom and dad) are both of the fixed modality but are in different elements (Earth and Air).

We might think of her mother as the Taurus influence, and dad as Aquarius.

With so many planets in Capricorn, and the Taurus Moon, it’s interesting to note the symbolism in her work: the combination of Mars-Uranus, Neptune and Venus lends itself to ‘Uncut Gems‘, which was the title of her debut film in 2019.

Co-incidentally, Pluto was transiting her Venus at this time, with a stellium (on her stellium) including eclipses during January 2020.

In this movie, she plays a jewellery (Venus) showroom saleswoman (Mercury), and mistress (Neptune) to erratic gambling addict (Adam Sandler).

Gems and jewellery – particularly those priceless ones featured in the film – are Venusian, but also Plutonian too, since the hands of power wrap themselves around these prized pieces: if not big corporations and outfits, then the mafia!

The Capricorn-Taurus blend give a natural understanding of what matters, what’s worthwhile. Fox also has Saturn in Capricorn, conjunct clever Mercury, so she’s got an even better grasp of wealth and practical transactions…

With a nod to Taurus sensibilities, Julia has been a clothing designer, launched a successful women’s knitwear line, and in her younger years worked in fashion (at a shoe store) and food, at an ice cream and a pastry shop!

So suited to a Taurus Moon – you never want them to be hangry!

She worked as a model, painter and photographer, hosting an art exhibit titled “R.I.P. Julia Fox'”, which featured silk canvases painted with her own blood… Here we might look to Pluto in Scorpio square the nodes.

The planet of transformation, death and unyielding shifts primed to challenge who she is and what she’s striving for (Sun-North-Node).

It’s a very Aquarian trait to rebel against convention, and with Mars-Uranus it’s a chart well-lent to exploring sexual proclivities and taking a unilateral, abstract view of sexuality (with Venus-Saturn’s cool, conservative approach to love, too!)

Fox also wrote and directed Fantasy Girls, released February 5 2021 (with a supercharged New Moon in Aquarius), a short film about a group of teenage girls involved in sex work.

Again, we look to the signature of Pluto, planet of control, dominance, and power, in industrious Capricorn, having rolled over all her natal placements, arriving on her Venus.

Fox married a private pilot in November 2018, and later separated. On February 14th 2021 she became a mother, announcing the birth of her son.

In January 2022, Fox confirmed she was dating Gemini rapper Kanye West – although Venus is Retrograde, perhaps they will last, since Fox was born with a Venus Retrograde too!

Kanye has Mars, Venus, Mercury in Taurus, and a Cancer Rising chart – so I believe she may make a perfect match… 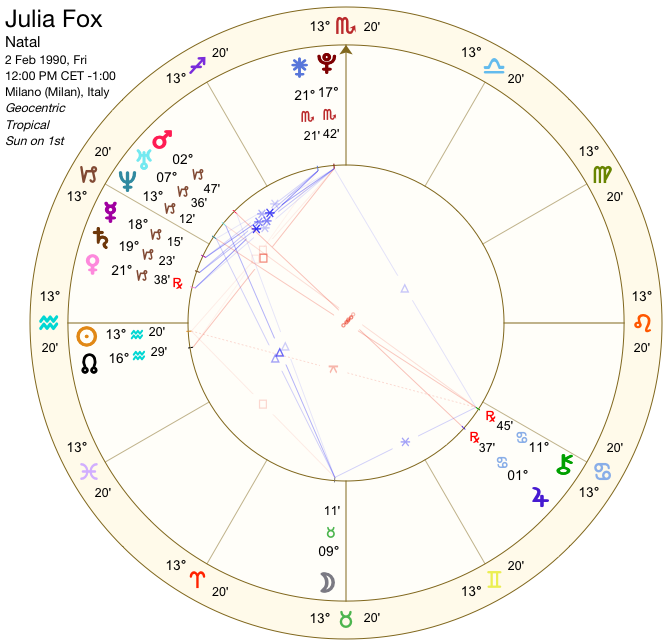