Amazing Aries Anna Dello Russo was born the 16th April, 1962 in Bari, Italy. Her notorious and distinctive look wows one and all, and can you believe she’s over 50?!

Anna’s an Aries through and through. Super confident, she never fails to impress a multitude of onlookers in fun, flamboyant fashions. She’s a bit of a show-off too… Those Aries are such attention seekers…

Hats Off To Her… 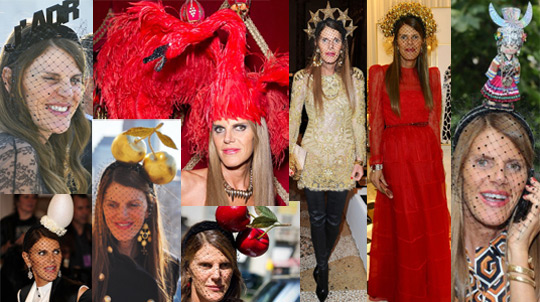 The Mad Hatter? Or Simply Hot In Headgear!

Headgear is clothing that is Aries-ruled (because Aries rules the head,) and it’s something Anna does Oh So Well… Check out her hottest hats!

Anna has Mercury in Aries, in addition to her Sun sign, which means she’s direct and says and expresses exactly what she means.

And What About The Other Planetary Placements?

Serious Saturn was passing through eccentric Aquarius when Anna was born, bringing a big dose of quirkiness to this editor-at-large. She needs an more unconventional structure both at work and play, perhaps it’s what took her to the hotspot of crazy fashions – Japan!

Venus is truly at home in the constellation of Taurus (lucky Anna), so it’s all about sensuality, stability, and satisfaction. It’s possibly a little at odds in Anna’s chart, sitting opposite planet Neptune, (yes, she’s part of the Neptune in Scorpio generation – those born 1957-1970). This might indicate disillusionment in romance – or a highly imaginative approach to fashion. Anna can literally get lost in it!

We don’t have a birth time for Dello Russo but it’s likely her Moon is in perfectionist Virgo, the most health conscious sign. Her yoga bunny lifestyle is certainly testament to this, as is her rigorous raw food diet. She’s also got two key planets in the creative constellation of Pisces – lucky Jupiter and hotblooded Mars…

“I hate cheap shoes, they drive me crazy.“ 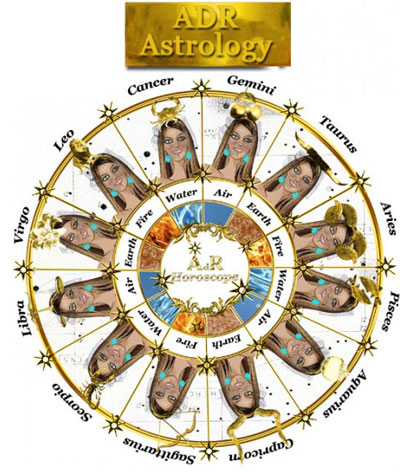 I love that Anna loves astrology and is clearly a big believer – she even features her own horoscopes online!

As a fellow Aries, Anna has captured my heart!

Lastly, I love that her inspiration is yet another Aries, Lady Gaga…

Watch: An Interview With Anna