Sadly we don’t have her time of birth, so it’s possible that her moon sign isn’t Aries after all, however if it is, the star boasts several planets in the Ram’s constellation…

A Stellium Of Planets In Aries…

This collection of planets in one sign is called a stellium, and really emphasises that particular sign. Sadly we can’t cast the chart to really understand how this planet is expressed by Mara, however it is interesting to note that the ruler of Aries – Mars – is slowed down, by it’s placement in the Bull’s constellation, Taurus.

I’ve watched Mara in a couple of movies, and have waited, keen to see the fiery Aries unleashed, however starring alongside Taurus Cate Blanchett (who has Venus in Aries) in ‘Carol’ she is less of an assertive character.

Will love if this birth time gets revealed!! 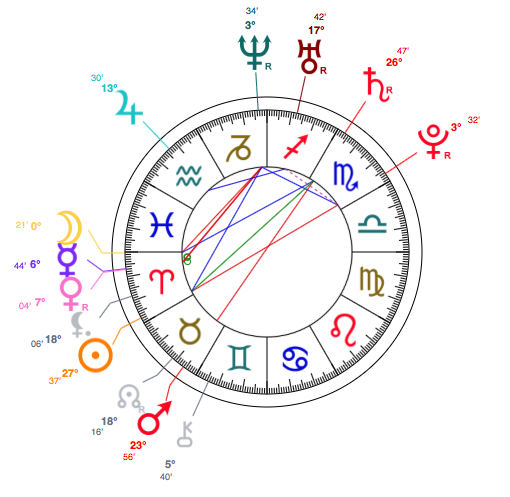