Beauty Jackie was born under the socially gracious sign of Libra. Charming, diplomatic, lovely Libra is liked by all, and this star had both sun and moon falling in the sign of Libra – she was born on a new moon!

It’s not just air that propelled her though, Jackie had a lot of earth in her natal chart – a grand earth trine no less (see her birth chart below). The energies of the luminaries would’ve been grounded by the presence of this earth, which are nicely aligned for success!

A triangle flows between Taurus, Virgo and Capricorn (the Earth Signs), resulting in a harmonious alignment of her Venus, Neptune and Mercury (in discerning Virgo), her lucky Jupiter (in business-mided Capricorn) with energy planet Mars, and Uranus – the genius planet (in stable money sign Taurus).

Mercury in Virgo is the mark of the editor, with a critical, exacting, mentality. A super successful writer she published 32 novels, all of which appeared on The New York Times bestsellers list. In total, her books have sold a whopping 500 million copies! Interestingly her communication planet Mercury sits with glamorous planet of dissolution Neptune, and eight of her stories have been adapted for the screen, either as films or television mini-series.

Collins’ writing style has always been a “scandalous exposé” of affairs and extramarital activity – very Neptunian… Libra is the sign of marriage and partnerships and Jackie took her turns down the aisle, first in 1960, again in 1966 and was finally engaged in 1994. The theme of weddings also features heavily in her writing: The World Is Full of Married Men, The World Is Full of Divorced Women, Married Lovers, Hollywood Wives, Hollywood Husbands, Hollywood Divorces…

We don’t have Jackie’s birth time so we can’t see the full picture astrologically, however I’d love to know if her rising sign was Leo, as she seems to have a lot of leopard print about her in pictures…

She also writes of Power, Obsession, Murder, Revenge, Lethal Seduction, Deadly Embrace (all titles of her novels!) perhaps the work of a progressed sun in Scorpio…

Here’s Jackie on being Libran:

“I can’t say no. I find it impossible to say no. And I can’t say no to chocolate. And I’m also a TiVo addict. So if you give me TiVo and chocolate, and someone asks me to a fabulous party, I won’t be able to say no, though I might prefer to stay home with the TiVo and the chocolate. I’m a Libra. We can’t say no to anything. You know what, it’s that investigative spirit within us. We don’t want to miss anything, and then we feel people might be missing us, so we feel obliged to say yes to everything…” 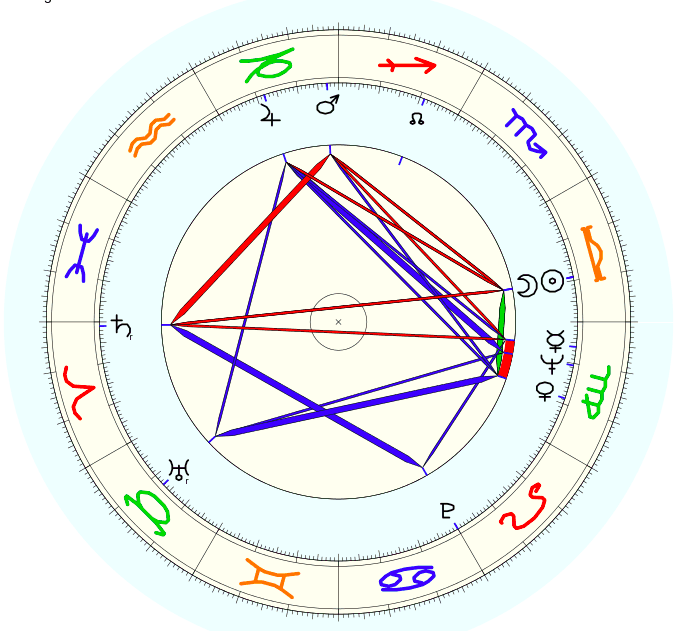