The American model, artist, fashion designer and actress performed striptease under the pseudonym “Paris” at the age of 15, and has walked the runway at New York Fashion Week, made cameos in music videos, was signed to Ford Models, opened a clothing line and released a book: How to Be a Bad Bitch, offering advice on everything from finances and career to love and fashion.

Kanye West in the music video “What Them Girls Like.” They then began a romantic relationship that lasted from 2008 to 2010.

Like Cardi B, Amber Rose was born on a full moon, when lune was shining brightly in the Aries constellation and the sun, Mercury and powerful Pluto were passing through Libra.

This gives her a knack for drive and determination, but also creates an internal struggle. Aries is the zodiac sign that most likes to assert herself; a touch aggressive and definitely independent, Aries is a warrior spirit. On the opposite side of the coin, Libra craves partnership and balance, a harmonious atmosphere. With the sun and moon in opposite signs there can often be an unsettled motivation in those born on a full moon. However I think she’s putting this pattern to good use as a womens empowerment activist! It looks like Uranus has been really inciting her to speak up, while the planet of revolution has been in Aries. 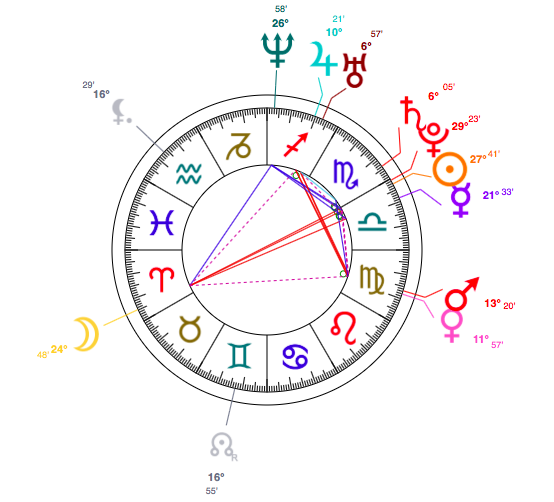