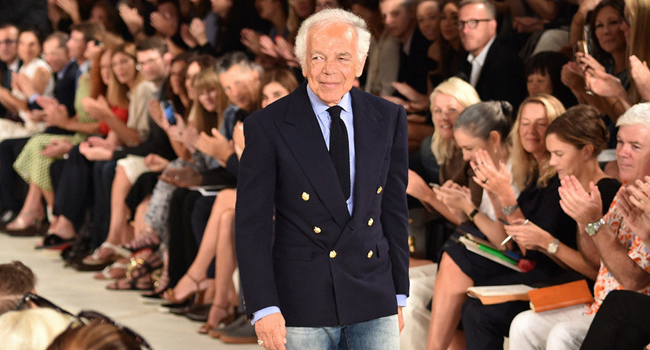 After 48 years at the company’s helm, Ralph Lauren is stepping down as CEO.

The quintessential American designer built a fashion empire based on preppy country-club styles, with a mounted polo player as its champion. Synonymous with cowboy boots, the Ralph Lauren label has come to be known for clothing based on Wild West themes. 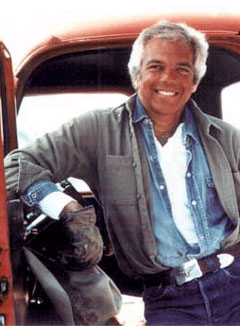 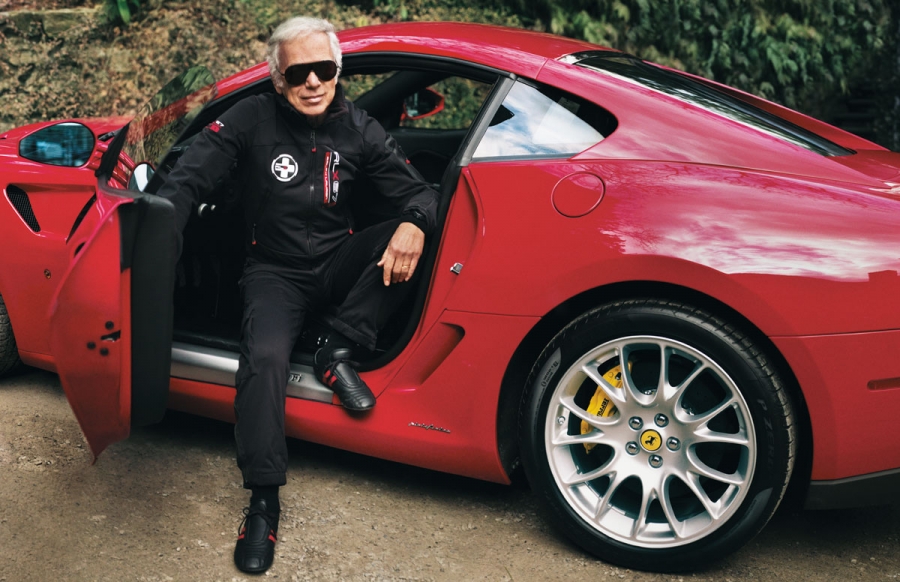 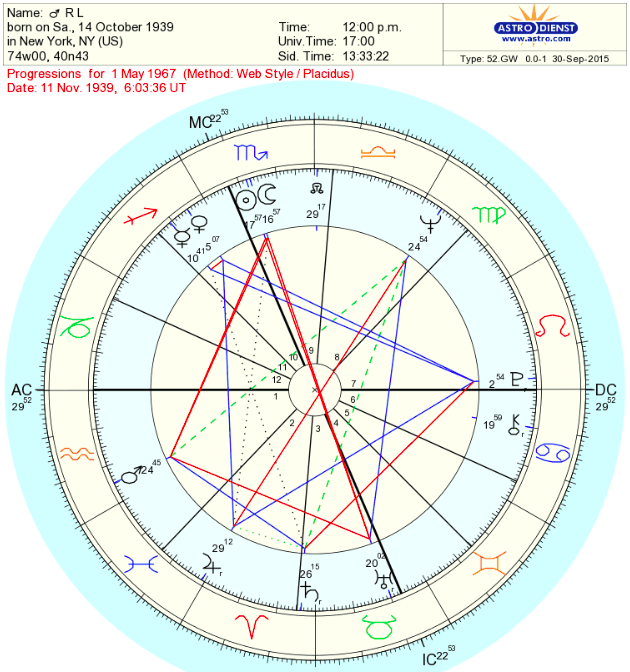 Libra is the zodiac sign most associated with fashion, and a Libra person does well to work in areas connected with the arts or aesthetics, fairness, balance and diplomacy – this approach certainly worked well for Lauren!

Yet despite his Libra zodiac sign, this designer has a stellium of planets in stealthy sister constellation, Scorpio, including Venus, Mercury and the Moon (see his birth chart below).

You’ll note a harmonious dynamic between lucky Jupiter and resourceful Pluto in fire signs Aries and Leo, at one degree and two degrees respectively.

In 1967, when the company was founded, Saturn rolled over Ralph’s natal Jupiter, giving him an opportunity to get serious about his plans and dreams.

In 1969 he would have his first Saturn Return, during which he opened a boutique store within Bloomingdale’s, and around the same time he released a line of suits for women, tailored in a classic men’s style.

So the transit of Saturn is linked to Ralph’s business-life (boosting that enterprising Aries spirit!).

Interestingly, serious taskmaster planet Saturn has just left the sign of Scorpio. Ralph is finally closing a chapter (although he’s sticking around for his predecessor… At 75, Mr. Lauren said he intends to remain active at the company…). It maybe that Saturn has offered a cold look at the finances, with its transit of Scorpio – sign of tax and other people’s money.

I believe that the sporty, preppy look cultivated by Lauren, mixed with an emphasis of ‘Americana’ at the fashion house could also be driven by astrology, inspired and born out of his progressed chart.

In 1967 the natal chart had ‘progressed’ or shifted so that Venus sitting with Mercury in Sagittarius, creating a trine of all the fire signs (see the progressed chart).

Aries and Sagittarius are the sportiest energies in astrology (read up here, in Sagittarius, She’s Super Sporty. Aries is the warrior, striding out into battle, Sagittarius the galloping Archer, poised to shoot his bow.

(Tommy Hilfiger is a multiple Aries, with moon in Libra…)

The USA has Sagittarius rising in its natal chart, so the trademarks of cowboys, horses, denim and wide open spaces all fall under the rulership of Sagittarius.

Ralph Lauren’s use of these signatures are a perfect expression of these strong energies in his chart – a passion for his country and its heritage. Jupiter in Aries could be linked to the wide use of the colour red.

Another trine falls between revolutionary Uranus and dreamy artistic Neptune in the grounded feminine earth signs Taurus and Neptune (21 and 24 degrees). 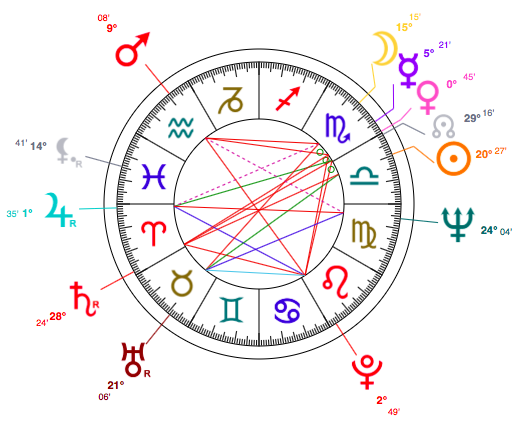