So how did my forecast for Fashion Week fare?

Avid followers of Star Sign Style will have seen my astrology-based predictions (check out the link below), let’s find out how the London Fashion Week shows measured up!

Firstly I just need to say that I simply can’t and haven’t picked up on the multitude of white seen this season, or anytime in recent past and not too distant future. Jupiter moved into Cancer on the 26th June and it’s a given that we’ll see Cancerian colours (whites and greys,) and styles dominate through till mid-July 2014. This also goes for pregnancy and motherhood, with Kate and Wills, Kim and Kanye, and Penelope Cruz heralding the beginning of the transit with their new arrivals. Expect homes and heritage to be important, too.

Anyway – back to Fashion! 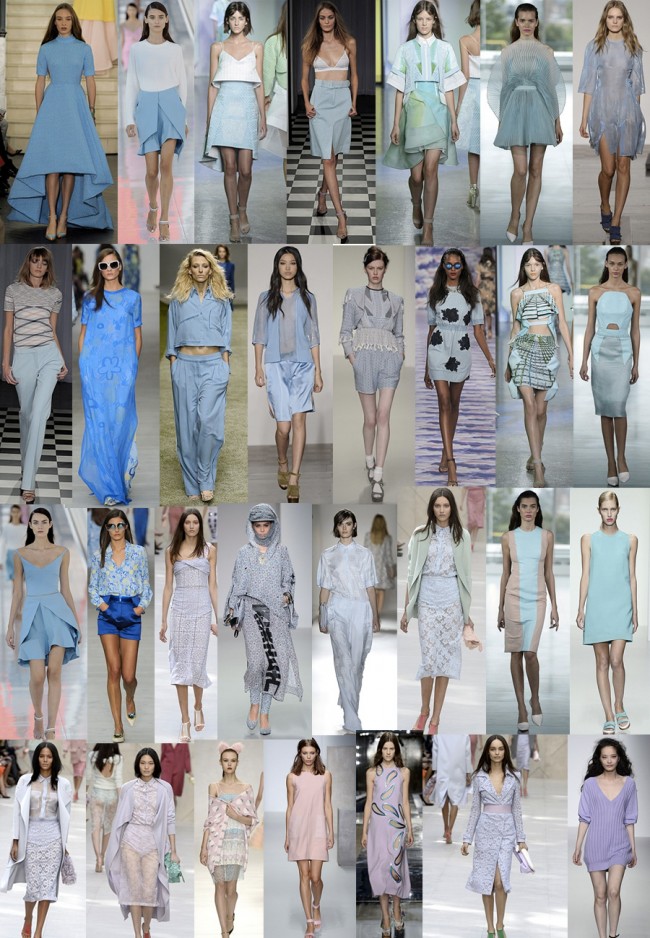 That’s right, Libra’s best colour (baby blue) was trickling steadily throughout the show as were lilac shades, also favourites. Simple clean lines and symmetry are oh so Libra, so the ascendant of the natal chart really was at play with quite a bit of sway! Go zodiac power!

Scorpio sentiments were also looming large (Venus was in Scorpio at the start of fashion week). I wondered how this would present itself and was pleased that it really was noticeable. But then Saturn’s in Scorpio too at the moment… Maroon, crimson and sultry black touched several of the collections, as did Scorpionic themes of spidery lines, sex and snakeskin (see below!) 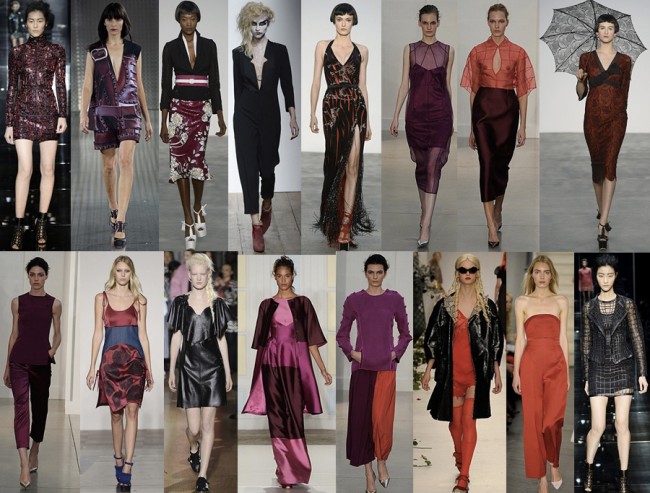 How to merge the two trends? Just ask Jonathan Saunders! He successfully married the feminine signs of Scorpio and Libra beautifully, with a big dose of more masculine, sportsluxe thrown in for good measure (that’s the Sagittarius Moon shining its power on LFW then!) 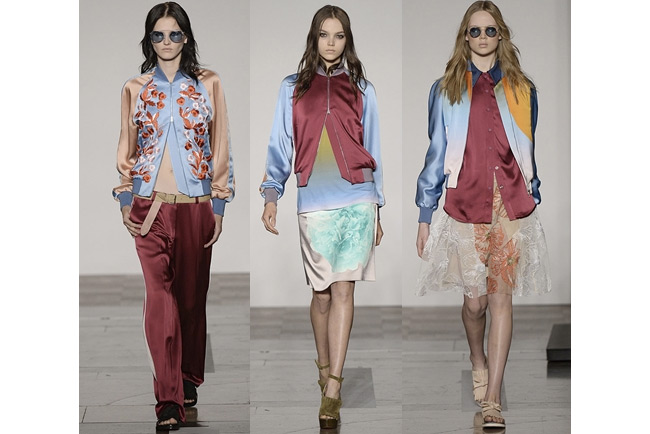 Master Of All – Jonathan Saunders

Shout Out For Snakeskin SS14

So snakeskin’s still going strong through to 2014. I’d say this fashion foray will last at least until we move from the Chinese Year Of The Snake into the Year of the Horse. But you’ve not got long to invest in snakeskin as Chinese New Year is on 31st January! Sagittarius will be pleased with the four legged friend theme next year.

“Hold Me To You” Says Snake, “…At Least For A Little While…” 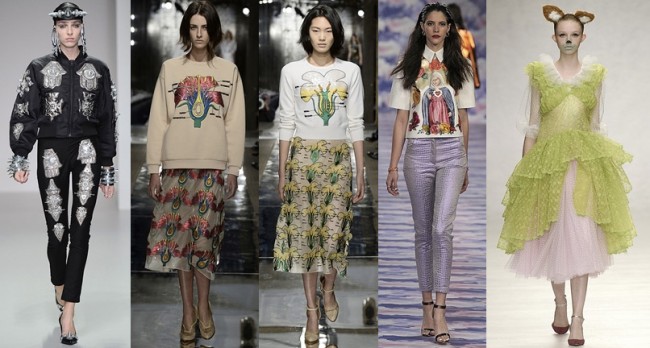 Following On From The Evil Eye At Kenzo We Have Hamsa At KTZ, Love Christopher Kane’s Entire Collection, And Virgo Touches At House Of Holland And Fashion East…

There was loads of Sagittarius-style fun thrown in the mix at the shows – as predicted! The Moon was shining in the positive and free-spirited sign Saggy, seen most at Fashion East, Fyodor Golan and House of Holland.

I wonder of the trends showcased at LFW, which will capture social consciousness and make it big next Spring Summer? My thoughts are that white and pale greys and creams will be seen on the streets until July ’14, then it’s likely to get more bling, as Jupiter moves into Leo. We’ve got Saturn in Scorpio, which could be backing up the Venus-themes seen in this round up, and Pluto in Capricorn could be adding a touch of austerity and maturity to that look too. Invest in a dark crimson lippy and rock a grown-up goth vibe, or keep it pretty and light in the pastels. Yeah!
For more Cosmic Collections and zodiac Fashion Finds keep following Star Sign Style!