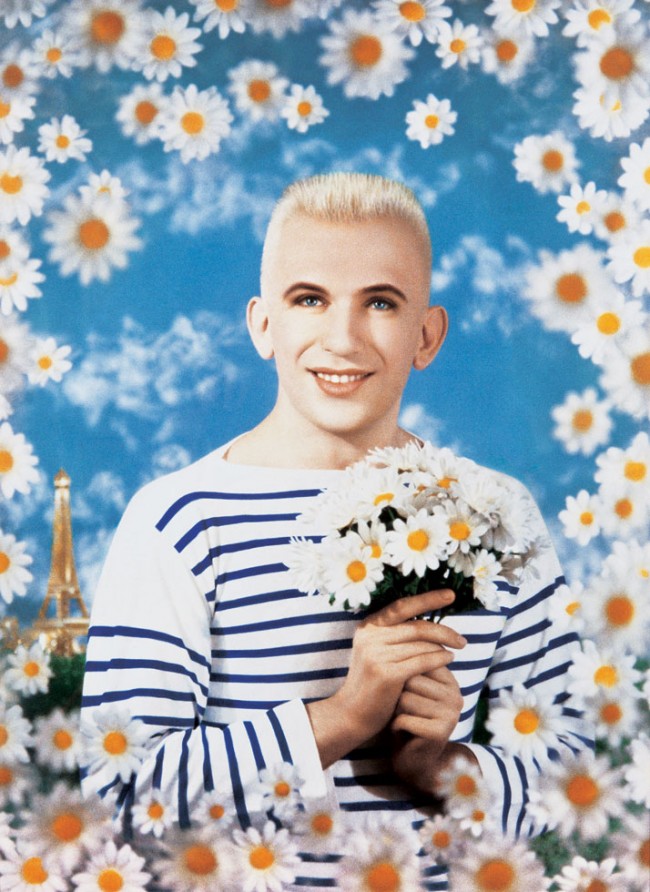 Jean Paul Gaultier – A Taurus Bull… But What Else?

This French couturier is synonymous with avant-garde fashion, Jean Paul is a revered designer, celebrated by celebrities and by us all. Let’s take a look at the astrology behind the man, and see what the constellations reveal about Gaultier’s Star Sign Style!

We can see from his birth chart below that Jean Paul has Libra rising, so it’s natural to cast our eyes to his Venus sign, as it’s the planet that’s his chart ruler (Venus rules Libra, and Libra rules his chart).

Although Gaultier has both Sun and Moon passing through the constellation of Taurus, his Venus falls in the more radical and assertive sign of Aries. There is a lot of Taurean sentiment showing through in the style of Jean Paul. He uses lots of pink and feminine touches, but his approach is quite forthright.

He broke into the fashion world at 17, simply by introducing himself to Pierre Cardin, sending him sketches in the post. That’s Aries optimism and determination, and I bet the Bull wouldn’t have taken ‘no’ for an answer! 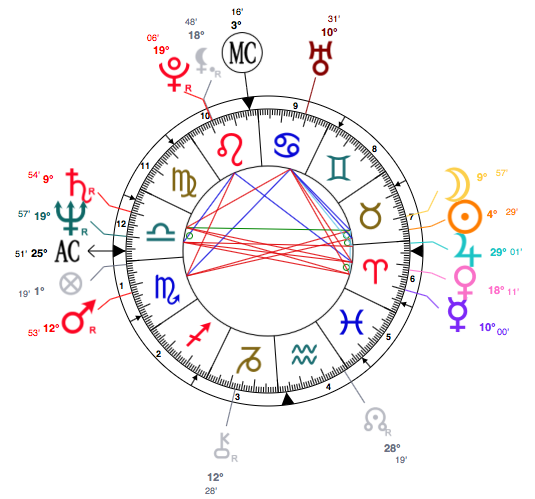 Libra Rising – It’s All About Balance 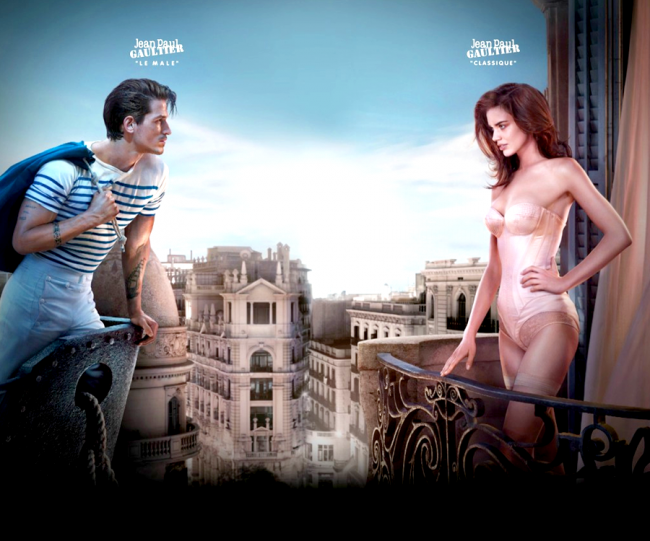 Is it me or does this Libra rising designer consider balance first and foremost?

The use of men and women in his visuals are particularly symmetrical and harmonious. Libra wouldn’t have it any other way…

I Wonder If It Was Madonna That Turned This Lingerie Gold – In True Leo Style!