All About Sexy Asteroid Eros 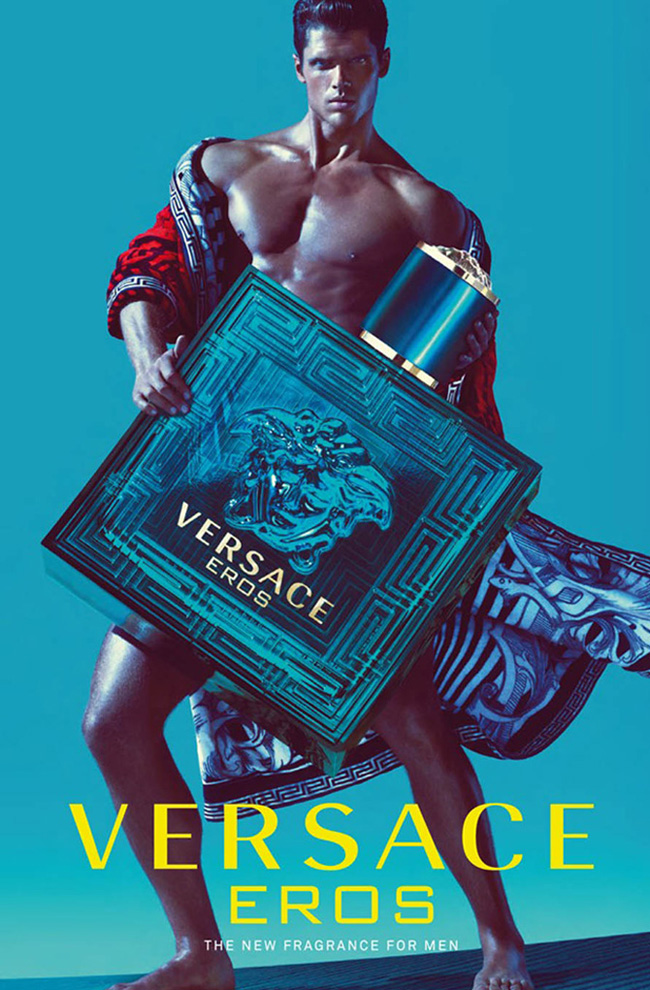 If you missed the overview of the goddesses in astrology (asteroids Ceres, Pallas, Juno and Vesta) you can read up on them here. Or dive deep into Eros in astrology…

Simply irresistible, in ancient Greek myth and legend Eros was the god of DESIRE.

In art he was depicted as a beautiful winged youth, with eyes often covered, symbolising the blindness of love and passion. Sometimes he carried a flower, but more often his silver bow and arrows, with which he shot desire into hearts of men, overpowering the mind with thoughts of love (and SEX!).

The Romans knew him as Cupid.

Not one of the gods was immune to the darts of Eros. He was the first god birthed out of Chaos and it was Eros that first gave form to the universe, setting the world in motion…

Looking at the natal chart or birth chart Eros can represent point to where we’re passionate – not only in terms of our sexual desire but also our creativity, our ‘creative passions’.

This passion can look and feel very much like an obsession, overwhelming all other concerns and considerations. Yet this is how symphonies are written, how cathedrals are built, and, how the greatest love stories are born.

Eros is the deepest of longings, the greatest desires of our soul and our hottest passions.

No-one understands the depths of passion more than Scorpio.

Governed by three symbols (the scorpion: Mars, the eagle: Pluto, and the Phoenix), Scorpio has three octaves, each soaring higher than the next.

From the reactive base animal creature the scorpion (the lowest incarnation of Scorpio), to the powerful, strong bird that flies higher with greater perspective (the eagle), to the transformative Phoenix.

We associate this elevated nature under the rulership of Eros (just as Taurus and Libra fall under Venus, Cancer under the moon and so on).

The highest essence of Scorpio, Eros can merge, dissolve and transform… And for true transformation and rebirth to occur something must burn away – the dross, the material illusion, the illusions of one’s ego must be burned away  – something must be consumed in the fires of death.

It is this that fuels the creative urge in Eros.

This creative passion is the urge to transform into something higher. It’s a point of transcendence. To fully engage this energy requires great sacrifice – aka pain and tribulation.

Sexuality in the birth chart…

The natal chart is incredibly complex and there are many factors that speak about an individuals sexuality (not to mention upbringing, culture etc.).

Some of the astrological points to consider, aside from Eros:

Mars traditionally shows us our ardent drives, including how we assert ourselves sexually. We can glean a lot from looking at the constellation Mars was transiting when we were born, as well as its relation to other planets in our chart.

Venus, the planet of love and romance, reveals how we express our flirtatious nature, including how we dress up to attract a mate and the style in which we receive pleasure – how we get in the mood! It’s how we operate in relationships with women too – our friendship style. Read more about Venus, here.

The Moon reveals our underlying emotional needs and affects our sensuality and sexual preferences – it’s what we feel comfortable with. Intertwined with home and nurture, the moon can be important in the way we operate in relationships day to day. Read more about the Moon, here.

When Eros is strong in the chart…[/fusion_title][fusion_text]What happens when asteroid Eros is prominent in the natal chart? For example, if Eros is conjunct the Ascendant, or if it conjuncts the Sun, Moon, Venus, or Mars.

The person might ooze sexuality OR the themes of Eros might come out in other ways. It could be that the themes connected with Eros are strong in the individual’s life, possibly because the mind is focused on sex and infatuation…

Eros Conjunct The Sun – There could be an awareness and acceptance of your sexuality, it indicates sexually-charged individuals, people who are very sexy, and/or whose minds are focused on sex and love.

The person might be challenged in romance with a tendency to be ‘self-centred’, with a desire to be worshiped sexually, more interested in their own satisfaction than their partner’s… They may need to learn that love is a two-way street, especially when it comes to sex.

Eros in the zodiac signs…

These people are hotly passionate but sexual attraction can come and go quickly. These people work on instinct, and become intensely infatuated, finding it a turn-on living in the sensations of the moment.

They are not as giving and emotional as their star sign suggests, and may see their partner as an object, or an extension of themselves. They love the chase in relationships and may also be addicted to the thrill of conquest…

These are highly sensual lovers who may seek to own their partners. Sexual possessiveness is often an issue, although competition is not a turn-on. These lovers can be somewhat primitive and plain in their desires – not fans of game-playing. These lovers tend to be unhappy without a steady partner. Their sexual nature is rooted in the senses.

These lovers are sexually curious and interested. They like to be knowledgeable in sexual matters, and often are turned on by the written and spoken word. They may write letters to their lover, or enjoy writing and reading erotica. Because it is difficult for these lovers to turn their minds off during sex, there is a voyeur within the person during sexual expression, and it may be difficult for these lovers to simply “let go”. Many Eros in Gemini individuals enjoy talking, and being talked to, during sex.

There is a need to infuse emotional care and nurture into the sex act. When the self-image is low, these lovers may use others as sexual objects, probably as a result of their fear of rejection. The breasts are a big turn-on, and many are orally fixated, and some may be attracted to a domination theme. When the self-image is stronger, intimacy and warmth are powerful stimulants. Eros in Cancer lovers seek to achieve psychic and emotional renewal through sex. They can be very intuitive bed partners. Sexual possessiveness is often an issue. Sometimes, these lovers want their partner to be relatively chaste, but they don’t have the same standards for themselves. These lovers often fall in love with their sexual partners.

Fantasies for Eros in Leo often revolve around their partner’s desire for them. These lovers generally get off on what they believe their sex partner must be feeling about them. They can put a lot of time into autoerotic behavior, and are often given to much flirtation and many infatuations. Nevertheless, they can be more loyal than most. Eros in Leo lives for love and attraction. They are threatened when passion settles down in their relationships. They feel the need to keep passion alive, and when it settles in a relationship, they can be addicted to flirting with other people in order to feel alive and potent. Eros in Leo lovers have a big ego investment in their relationships.

Earthiness and intellectuality combine in Eros in Virgo. These lovers are sensual, especially when they are not thinking too much. Because of the tendency for Virgo to think and analyze, however, there can be a tendency to be one’s own voyeur during sex. Vicarious enjoyment of sex is often highlighted with this placement. A meeting of minds is important to Eros in Virgo. These are somewhat moody lovers who may have distinct phases between promiscuity and celibacy. Virgo is very connected with–and aware of–the body and its functioning, and Eros in Virgo often seeks renewal through sex, with an attitude that sex is healthy and good for you. These are generally sensitive and tender lovers who do a lot to please their partners. Some awkwardness and shyness in terms of letting themselves go is often characteristic of this position. Virgo’s symbol is the Virgin. This should not be taken literally, although when Virgo is connected to the sexual nature, there is a sense of purity and independence. These lovers can be promiscuous at times, and quite kinky, but emerge from their experiences with a sense of purity nevertheless.

A flirtatious and charming position of Eros, there is a desire for equality on a sexual level. Accommodating, those with Eros in Libra may forget their own sexual needs, catering to their partner. Communication is sexy to these people and they can be hopelessly addicted to the “trappings” of falling in love – relationships may pale in comparison! Highly romantic, charming, Eros in Libra enjoys the social surrounds of coupling up, making connections with lovers…

These people can go deep, thrilled by intimacy and knowing a person inside and out. The power of love and sex is alluring too, intensity is an important draw. They want their partner’s body and soul as well. Passionate, their animal magnetism is high…

These lovers have an enthusiastic and exuberant appeal. Sex is meant to be fun for Eros in Sagittarius, and some roughhousing and plenty of hearty laughs are turn-ons. Sexuality is sometimes viewed as if it were a sport by these people. They may surprise you with a very open and almost innocent attitude toward sex and intimacy. Sex is a bit of a game, and how this attitude is received will depend a lot on the audience! There can be a bit of an addiction to the chase, and avoidance of intimacy when it feels restricting in any way. Tenderness and romance are not the kinds of expressions that come as easily to these lovers. Laughter and fun are aphrodisiacs for this position of Eros. Sexual exploration and freedom are important, as well as a need for sexual honesty—sex without the frills and trappings that these lovers may find to be unnatural and even dishonest. Eros in Sagittarius can show up as passion for knowledge, hunger for new experiences, and a love of travel and exploring new lands and cultures.

These natives are sensual and earthy in their sexual desires. The libido is strong, but controlled. Saturn-ruled Capricorn is a sign that likes to be in control—not necessarily in control of others, but in control of themselves. Many Eros in Capricorn people channel much of their desire nature into accomplishing something significant.

These lovers are intrigued by the unusual, finding variety exciting. The detachment of Aquarius can mean finding sensuality in non-contact scenarios in addition to contact ones. Sexual creativity is one of the strengths of this position. Their open minds with regards to sex can stimulate creativity in their partner.

There is a chameleon in this position of Eros, as these lovers are very adaptable to their partner. This is not to say these lovers don’t have sexual preferences or possess a strong identity. Instead, the Pisces compassion, and ability to understand and accept virtually every color of the rainbow shows through in a sexual/romantic way. They tend to be most comfortable and at ease when their partner is expressing him or herself confidently. This position also suggests a passion for Pisces-ruled subjects.

Where is Eros in my chart?

To find Eros in your own chart simply refer to astro.com.

Select the Extended Chart Selection and scroll to the bottom of the page. Insert 433, the number assigned to asteroid Eros.

If you’d like to read an astrology article that’s not in the archives then email me, kimberly@starsignstyle.com.