Aries fashion designers are a little more rebellious, independent and cutting edge than the rest.

Trendsetters, they tend to dictate major movements rather than following the fashion pack…

That’s right, as a feisty fire sign Aries are trailblazers!

They’re the loud initiators who sit up and take action rather than wait for others to set the wheels in motion.

Likewise, Victoria Beckham was brave and assured when she embarked on a career in design, determined to break out of her not-so-fashion-forward pop career.

If you’re born under the Aries zodiac sign or have Venus in Aries or an Aries moon, it’s likely you’ll gravitate towards designers that exhibit the bold bravery of this zodiac aesthetic.

Selena Gomez often dresses for her moon sign ‘Aries’,  in the sign’s signature color red, and stepped out in the Aries designer Mars Jacobs for an outstanding bold statement.

These designers like looks that make an impact, whether it’s achieved with attention grabbing finishes, like high shine, or a figure hugging cut, which is also great for the immediacy of this sign’s nature – always on the go.

You’ll notice that when it was announced that Christopher Bailey was taking up the role of Chief Creative Officer of Burberry, he totally revolutionised the brand with a collection of high shine raincoats.

Aries loves to lead and win! In 2014 Burberry took home Brand of the Year at the British Fashion Awards…

Check out the full list of Aries fashion designers below. Note Martin Margiela and Marc Jacobs are born on the same day? And Hilfiger, Lam and Bailey are all born on consecutive days1 Favourable birthdays for fashion design, some might say… 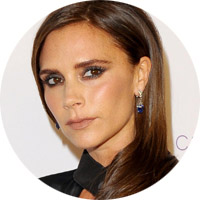 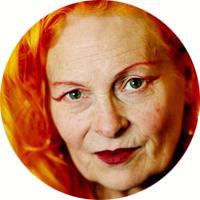 Style By The Stars – And Astrology’s Days Of The Week…