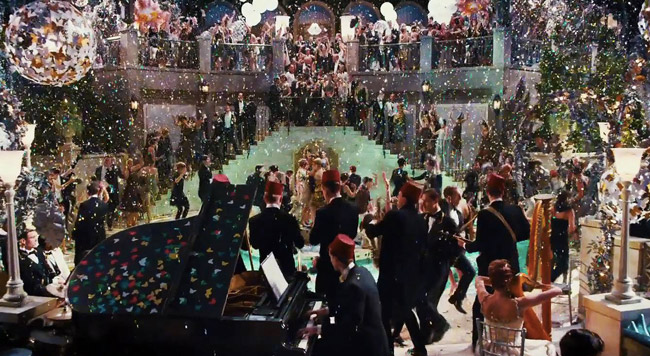 We’re all anticipating high entertainment from the hottest film at the flicks right now, but what can we tell from The Great Gatsby Zodiac Signs? That is, the star signs of the lead actors in this marvellous movie of the moment.

What’s the chemistry between the characters in Baz Luhrmann’s smashing show? Will it sink, like DiCaprio is want to do, or swim into our hearts? I say the latter! Let’s jump to it and check out the cast’s Star Sign Style!

Leonardo DiCaprio is a Scorpio. Leo also has Venus and Mars in this, the sexiest sign, contributing to DiCaprio’s intense acting style, and unmistakable depth of character in portraying Gatsby. As a Scorpio, DiCaprio is able to transform seamlessly from one character to the next for audiences, often to extremes (remember his early roles?) Such skill – praise be to lovely Leo!

His Moon, Mercury, Uranus, Pluto and ascendant are all Libra, making this man super, super charming. He wants to be surrounded by beauty, harmony and balance, and in turn, offers these qualities to the world in kind (sigh, what a dreamboat).

This Scorpio (sexy, brooding, intense) Libra (attractive, civilised, the ‘gentleman’) combination is what makes DiCaprio so magnetic. He’s got that dangerous edge yet he’s totally unthreatening. Watch out tender hearts – he’s a lady-killer! 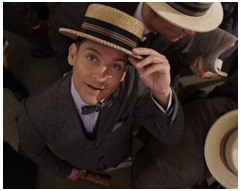 Tobey Maguire is a sensitive Cancer, with lots of zodiac signs thrown into the mix of his birth chart. This includes Mercury, who’s at home in Gemini, which makes Maguire a natural and quick communicator. Moon in Aquarius adds more than a touch of eccentricity; I think all these contribute to his portrayal of Carraway perfectly. This storyteller (Gemini) is the sociable link (Aquarius) to all parties in the narrative. He’s still the ‘outsider’ though, and although Aquarius is a popular socialite, this sign retains a sense of independence, distance and an aloofness. He comes across as both sensitive and a caretaker (Cancer), and a bit of an oddball in the movie (Aquarius).

In another of his roles, Spiderman, Tobey shows his quirky side. He’s definitely at home with being the ‘weirdo’ in town – especially when he goes over to the dark side…

His Sun, Moon and Mercury blend very well with DiCaprio’s, although Venus and ascendant in Leo, and Mars in Aries might clash some as these two have differing styles of operation, or modus operandi. Read More About The Way We Operate In Mode, Strike A Pose 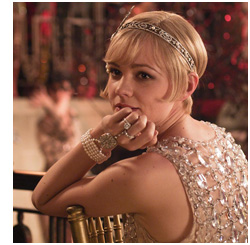 Carey Mulligan is a Gemini, born 28th May 1985, with a Virgo Moon. This means Mulligan is very Mecurial, flexible and fluid, adaptable, perhaps with a perfectionist streak. Moon in Virgo people like to work, keep busy and be of service too, so no doubt she’s a delight to work with – or she might be a nitpicker!

Mercury in Taurus (sweet talkin’) and Venus in Aries (the assertive Warrior Woman / Miss Independent) shows a birth chart with lots of personal planets in the first few signs of the zodiac.

Her lack of water signs means she might not relate aswell to the watery (and emotionally ‘in tune’) menfolk in this film, but the Gemini Scorpio dynamic with DiCaprio is an exciting one. Their Moon combinations mean that Carey will learn from Leo, too. Similarly, Carey’s zodiac compatibility with Toby and Joel suggest again that the film will be a learning experience, dealing with sensitive Cancerian men, and I think they’ll be a fiery chemistry with Joel off-set.

Gemini gals wear the sparkliest styles with flair, so the 20s Gatsby getup looks super on Carey. She should keep her hair short and neat, as this Mercury combination suits a tidy crop. Read More In Gemini Fashion And Beauty – Go Go Glitter!

Joel Edgerton, like Maguire, is Cancer, so he plays moody Tom in stellar style. His Moon is in dramatic Leo though, the prowling pussycat! However no birth time means star sign speculations are on hold. For both Edgerton and Maguire there is good news for their Gatsby outfits in the style stakes. Why? Because Cancerians look fabulous in vintage!

Elizabeth Debicki has no birthdate published online – yet. All we know is she’s born in August, so she’ll either be Leo or Virgo…

Isla Fisher is a cool Aquarius. Described as the weird, wonderful space cadet’s of the zodiac, their style will always be a little offbeat and different. Although her role is not massive in Gatsby, I wanted to highlight that Fisher is Sun Aquarius and Moon Pisces, the Fish. I think this is a lovely intuitive combination for an actress to have. Interesting that she is sort-of sacrificed in the movie, which is a Pisces/Neptune theme. Lost in love and booze…

Again her birth time isn’t known, so I’m missing the all important accuracy and the ascendant. Still, Isla’s Mercury and Venus are in Capricorn, which I think gives the actress her remarkable wit. 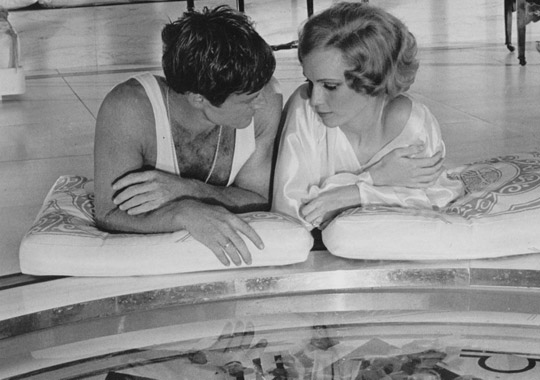 Check out this still from the 1974 film version of Gatsby starring Redford and Farrow. Notice anything interesting?

That’s right eagle eyes! The pool in Gatsby’s great garden has zodiac symbols decorating its bottom. Director Francis Ford Coppola incorporated these star signs into the film, purposefully including the symbols in the murder scene when Jay Gatsby is shot. You’ll notices the gun plunge between Virgo and Libra, which could mean there is a sinking feeling around the partnership between Jay and Daisy.

Enjoy the 3D spectacular by Baz with the beats from Jay-Z! It’s top entertainment and sparkles like a Christmas tree!