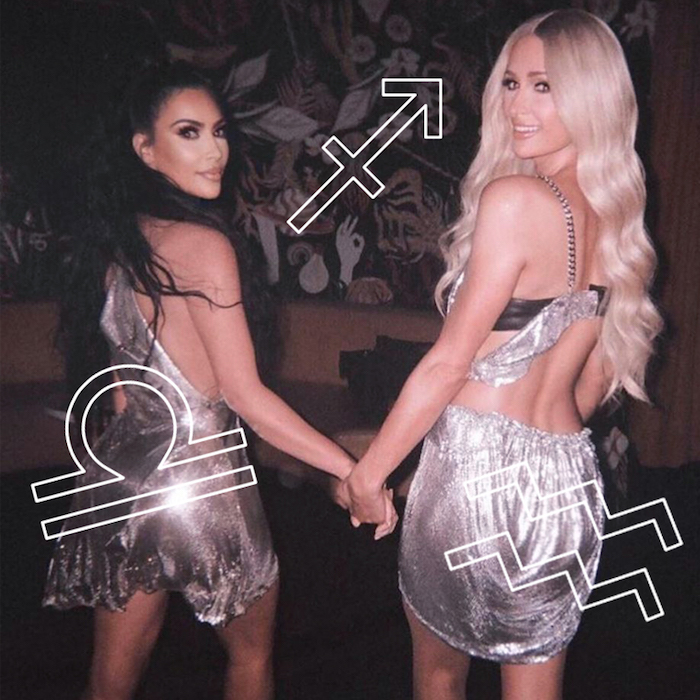 Of course you know astrology is real. BUT, if you needed extra proof of the sway of the stars you’ve only to look at the birth charts of celebrities to discover that there really is something magic at play in the cosmos.

Lets look at the friendship, life and times of Libra Kim Kardashian and Aquarius Paris Hilton, and their astrolgical story!

Like looking in a foggy, glamorous mirror, both Kim and Paris are Sagittarius Rising with Neptune in the first house (both sextile Pluto in Libra).

Both had a sex tape ‘leaked’, exposed through the lens of film, both are reality TV stars.

Neptune is the planet of cinema, art, photography, and provides a channel for the collective experience. With Neptune so prominently placed in both stars charts they are exceptionally well-placed to photograph well, and tap into societies need for illusion, entertainment, and escapism. With ties to Pluto in Libra there’s a power dynamic that goes along with this magnetism and allure, something to be mastered – owning ones image, rather than letting ‘the powers that be’ (including a business partner or spouse) take control…

Both have their Sun at 28º of an air sign – Kim, beauty-lovin Libra (28º29′), Paris a weird and wonderful [socialite] Aquarius (28º33′), a strong trine between their Sun (ego-consciousness) that means they can stay forever friends. 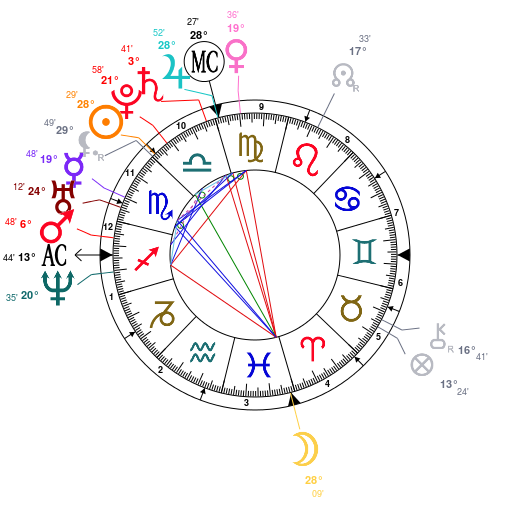 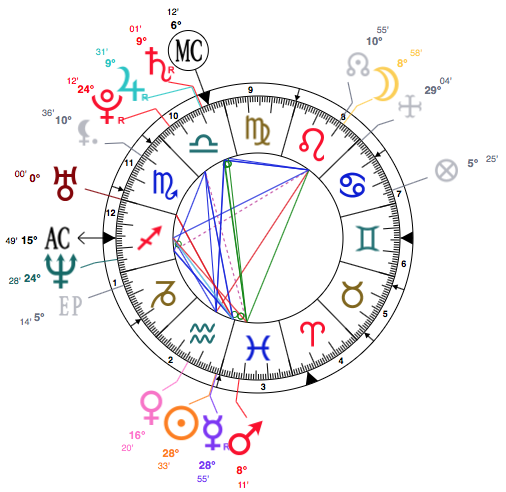 Though there are striking similarities in the birth charts there are plenty of differences, too.

Both have Saturn in hospitable, fair, balanced Libra. But Paris has gas giant Jupiter (the chart ruler) making a big impression, here – her established family is a ‘big’ name (Hilton Hotels), with her Leo Moon sextile the most prolific point in her horoscope.

Kim’s father, a lawyer (Libra-esque) is also seen through Saturn in Libra in the tenth house (sextile her Mars in the 12th – scandal with the OJ Simpson trial), also an established and prolific name.

However Kim’s Mc/Ic axis is Virgo/Pisces, with the Pisces Moon prominently placed as the handle of the chart (read more on Kim’s chart here). She has a mutable T-square made up of Venus-Midheaven-Jupiter (in Virgo), vs. Neptune/Ascendant (in Sagittarius), and Moon (in Pisces), which just goes to show how much can be achieved when tension appears in the chart! And, the missing mutable sign (Gemini) is found in Kanye…

Paris was born just ahead of a Full Moon in Leo, so was truly destined for stardom! But perhaps passed the baton to Kim, who in Neptunian fashion adopted some of her fame, slipping into view.

Both have North Node in showy Leo, so both handle the spotlight as part of their karmic destiny.

However Paris has Venus in Aquarius in close proximity to the South Node, so that while she possesses natural beauty, creative aptitude and awareness, it isn’t her destiny to pursue these as a means to fulfillment – note her beauty launches and music career aren’t her true success story.

Meanwhile Kim has Venus in Virgo, perfectionist, astute sextile her Mercury in Scorpio, showing her path into makeup, beauty, and fashion is a shrewd investment…