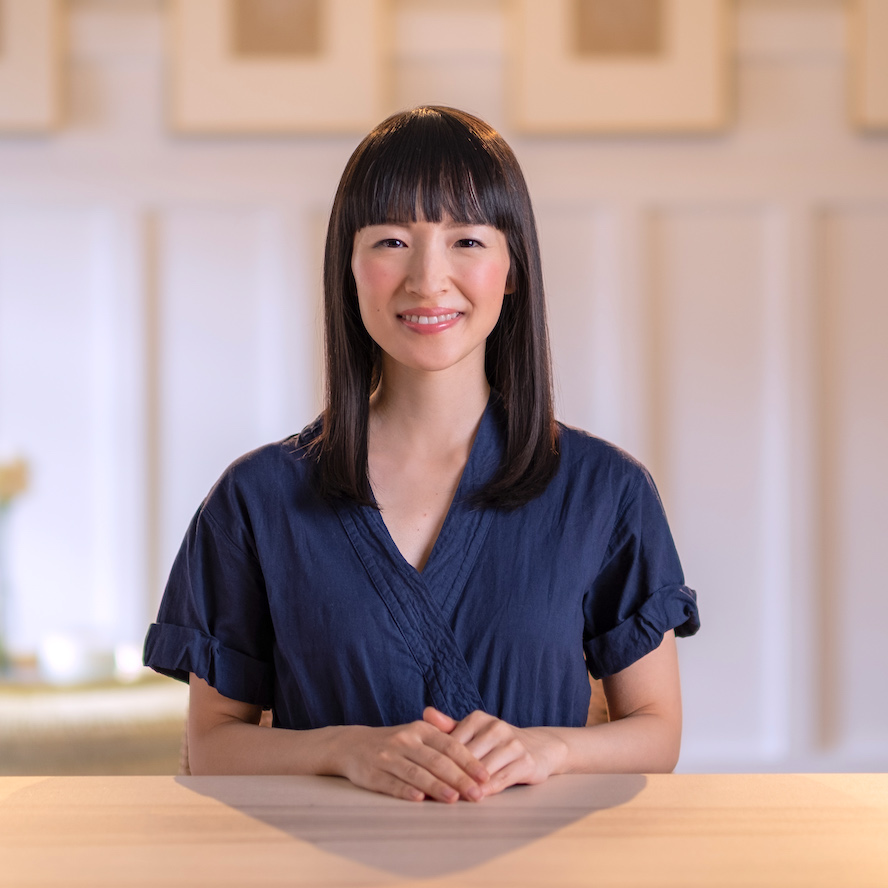 She’s captured hearts and minds lately, with her organisational flair and remarkable approach – not only to keeping order but to life in general!

While people have been saying she’s a typical Virgo, it was pointed out online that Marie Kondo’s astrology shows she’s a double Libra – sun and Mercury in the balanced sign of the scales!

So, what else is revealed by her Star Sign Style and birth chart?

Marie was born before a full moon, giving her a personality that’s motivated, ready to bring projects and ideas out into the world to be seen.

The moon was in Aries when she was born, and while Libra is the sign of fairness, beauty, and brings coherence in an aesthetic sense, Aries is quite the opposite.

Situated across from Libra, Aries is the planet of action, boasting a fresh, pioneering quality.

Often described as childlike and even naïve, Aries is the sign of innocence, the zodiac’s babe. I love seeing Marie’s relentless positivity, and the way she responds so openly to children on the latest Netflix show.

She embraces challenges with not a bat of the eyelid. It’s as if she were born to tackle such mountains of mess!!

And yet with the sun and Mercury closely conjoined in Libra she is perfectly polite and affable in her manner.

Thanks to her industrious Mars in Capricorn (conjunct Jupiter) it really does see that the stars were aligned for her to accomplish anything she sets her sights on.

Marie has most of her ‘personal planets‘ in the Cardinal Signs; Libra, Capricorn and Aries.

Only Venus, the ruler of her sun, is passing through watery Scorpio, alongside disciplined Saturn, bringing her the longevity, expertise and discipline she shows in her approach to beauty.

Pluto in Scorpio (at 1º) is situated to fuel Mars in Capricorn (at 2º) with resilience, strength and a powerful energy.

I’ve been a little generous with the degrees used between the sun (and Mercury), and the harmonious ties used to align the moon with Uranus and Chiron. However with an orb of 6º-8º we see that the Sun-Mercury conjunction (at 15º/16º) syncs up with innovative planet Uranus at 10º.

Unusual Uranus rotates on a tilt, and is the best planet for invoking quick changes, (while Pluto is more about the slow, potent, transformational shifts) shaking things up and turning things over in a flash.

Uranus in Marie’s chart is in opposition to Chiron, and potentially in a trine (120º) to the moon in Aries.

It’s as if she sparks change (Uranus), swiftly, quickly and painlessly removes the aches and pains (Chiron) in the home (moon), and in its place puts harmony, beauty and peace (Libra).

The four points make up a Mystic Rectangle, an astrological pattern made up of trines, sextile and oppositions. The individual with this pattern will often find that the planets involved work in wonderful, integrated ways!

Now, to fold my clothes… 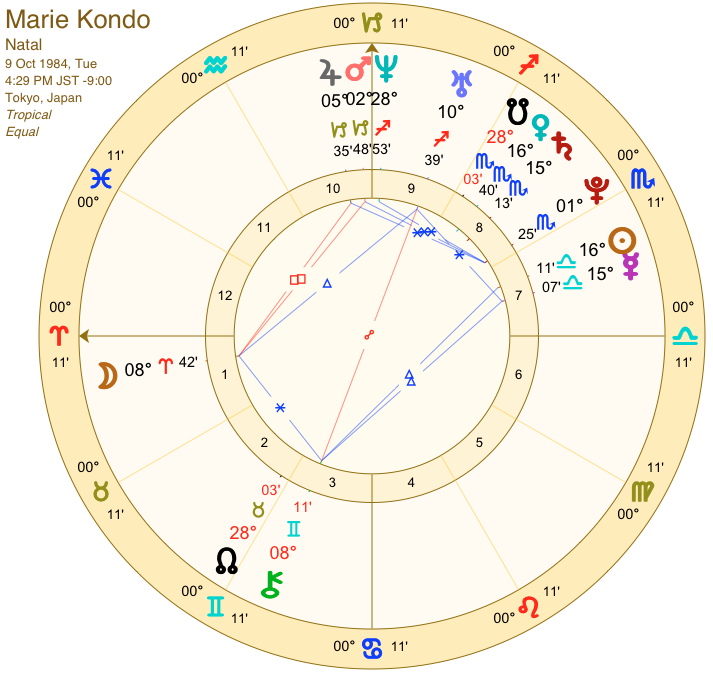