A Libra Rising with Moon conjunct Venus on the Ascendant! 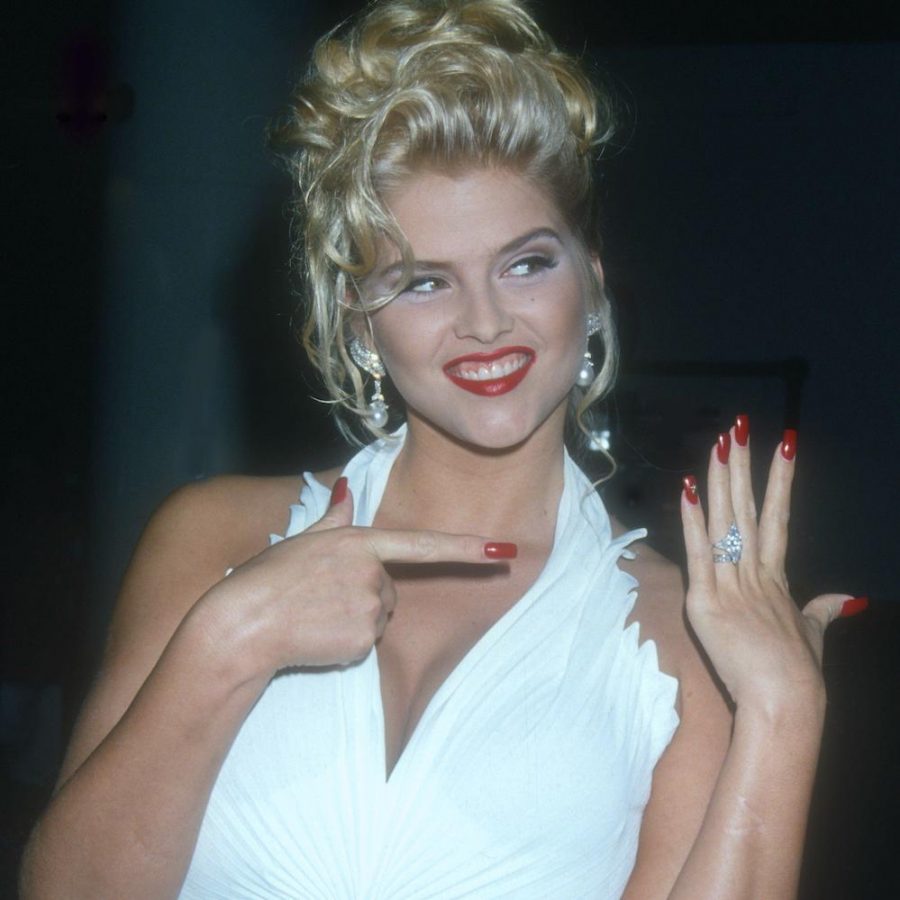 During her life she modelled and starred in films and her own television show, but it was her second marriage to James Howard Marshall II (born January 24, 1905) that bought her notoriety and fame (see more about his astrology below)…

Her second marriage (to the 89-year-old billionaire) in ’94 was highly publicised. An American billionaire businessman, academic, lawyer, and government official, he died in ’95, and was married to Smith during the last 14 months of his life.

So what does astrology reveal? What’s her Star Sign Style?

Libra Rising is almost on a mission to master relationships.

Libra seeks balance and despite her Sun in Sagittarius, Nicole has tons of Librian energy in her chart.

Both the Moon and playful Venus (feminine energies) are sitting tightly together in her first house, oozing sex appeal!

The gambler, the archer pointing his arrows high, Sagittarius is ruled by lucky planet Jupiter and is known for being an eternal optimist.

Sun In Sagittarius is an extrovert, bounding cartoon-like character, and perhaps the reason so many people loved watching her entertaining antics!

These people are usually larger than life and like to shine with a clown-like aura. A fun-fuelled star, Smith totally lived up to her comic capabilities as a Sagittarius, with her TV show often inflating and blowing up her character. It was one of the first reality TV shows, with Anna at the heart. With her Sun in the third or second house, this ability to take chances and be humorous in her tone and nature paid off.

Sagittarius is the sign of broadcasting, and therefore has a place in entertainment, television and getting news and ideas out to the world. However, a square from the Sun to Jupiter in humble Virgo isn’t easy.

America and the USA Sibly chart has a Virgo Midheaven, and speaks to the way sometimes American values can be a bit uptight. The idea that Anna was ‘too much’ plays into this, too bold, too colourful, exuberant and larger than life.

Mercury in Scorpio points to a mind that works beneath the surface and perhaps she was preoccupied, thinking about security and finances a lot of the time.

Neptune within a 5º orb of Mercury in Scorpio could mean that there was much confusion – and disillusion – around finances, which seems to ring true.

Anna Nicole died on the 8th February 2007 in a Hollywood hotel room, as a result of an overdose from prescription drugs.

As I have a Sagittarius Moon, I loved growing up watching her confidence, her joviality, and seeing her beauty. Her smile is that of a Sagittarius – showing the gums like a horse! And who can deny the coupling of Moon-Venus and the absolute gorgeousness it brings to this legend…

James Howard Marshall II was an Aquarius with Saturn strong in Aquarius, too but Venus placed in idealistic Pisces.

We have no birth time for him, so can’t fully look at the synastry between the two. However his Sun (& Saturn) appears in Ann’s fifth house (by whole sign calculation), suggesting he was an older (Saturn) man to love… 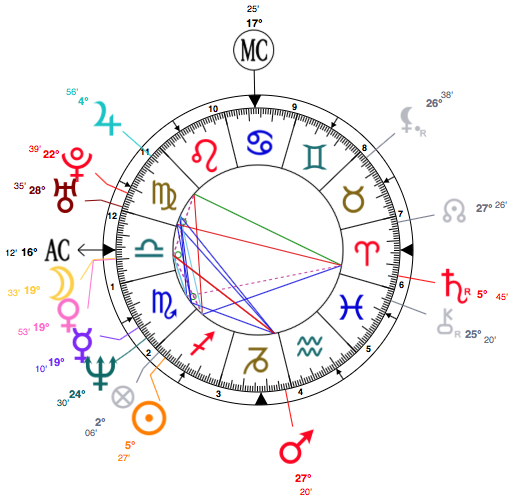