The Weird One Is Aquarius Rising But The Style Is Oh So Sagittarius! 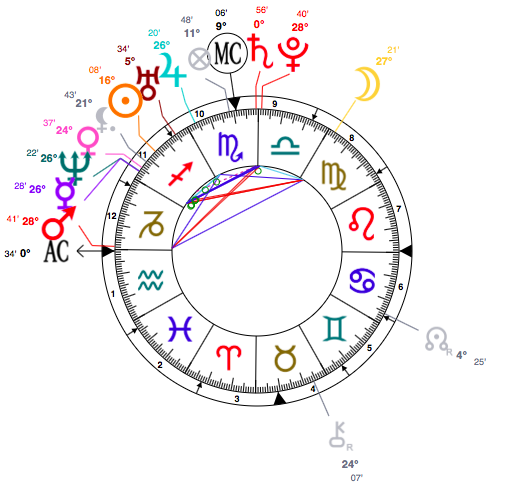 Minaj is hard to miss.

The New York Times said some consider Nicki “the most influential female rapper of all time”. Her music is distinctive for its fast flow, the use of alter egos and accents, primarily British cockney.

Minaj’s colorful costumes, wigs and clothing have given her recognition as a stand out fashion icon, so what’s her Star Sign Style?

We can attribute Nicki’s colourful, playful approach to fashion as a mark of her Sagittarius stellium. This star has Uranus, Sun, Venus, Neptune and Mercury in the sign of the adventurous Archer, which is notoriously fun!

This bouncy, optimistic energy translates into a cartoon-like approach to fashion, which those with a strong Sagg can’t ignore. Read More In Sagittarius – Her Harlequin Hotness!

So many stars carry the lucky placement of Jupiter in the 10th house, boosting public reputation and carrying the message even further with the expansive prowess of the planet. Jupiter and the Midheaven in Scorpio mean that the message of sexual allure is carried far and wide! Mercury, the communication planet, conjuncts Neptune, poet and ruler of music – a wonderful and creative pairing in the birth chart.

Moon in Virgo adds a perfectionist streak to the persona, no doubt Nicki is health conscious and a stickler for keeping things ‘just so’, perhaps that’s why her fashions are always so shiny and neat!