☆ Sun In Aries ☆ Moon In Capricorn ☆ Venus In Pisces ☆

Kourtney Kardashian was born on the 18th April, 1979, under the self-assured sign of the Ram.

Aries people are confident and headstrong, and like all the Cardinal signs (Cancer, Capricorn and Libra) they’re assertive, and like to lead.

The three elder sisters in the Kardashian family have lots of dynamic energy, and although Aries tends to be the initiator and natural leader, Kourtney has her feminine Venus sign transiting the softer sign of Pisces. 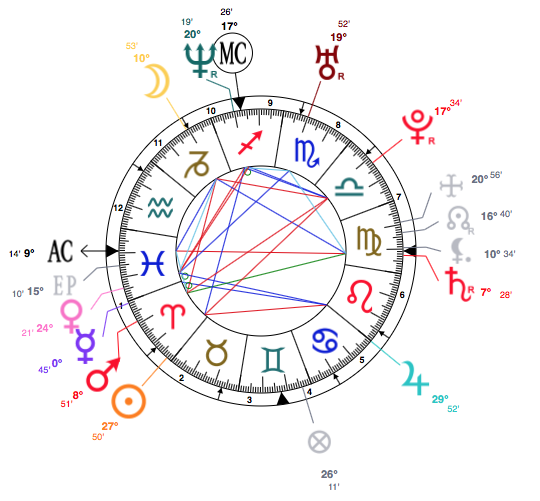 Venus In Pisces adds a touch of flexibility, and as a mutable sign she is more able to connect emotionally and care about people and how the collective are feeling.

It’s understandable that the three siblings set each other alight, and adamantly argue, however, with Khloe’s Moon in Gemini, and Kourntney’s Venus in Pisces (plus Kim’s Pisces Moon and Venus in Virgo), there’s an underlying amicableness and willingness to make things work.

As an Aries, Kourtney is hugely independent, plucky and outspoken, and she looks FAB in red. Read more in Aries Fashion – Ravishing in Rouge.