He’s the mysterious one operating from the shadows, the one with a penetrating stare that scares the bejesus out of you but simultaneously has you questioning “Who IS he??”

Yes, Mr Scorpio has oodles of appeal, just treat him gently. He’s a water sign that likes loyalty and is quite a serious type.

He’ll want to go deep with you, and is capable of intense emotion.

Betrayal will be met with that Scorpio sting so don’t mess him around – his hawk eyes are watching!

No matter what his group or clan dictates in terms of the latest trends, the male Scorpio will have quite an exact definition and an idea about his own personal style.

He’s quite specific about his look and will cut through any excess noise to deliver his powerful presence.

Dark colours allow him to hide, he’s not a loud cartwheeling clown – unless there’s a dash of Sagittarius about him.

Be sure to swot up on his birth chart using this guide.

Black is his signature color and he might be a fan of dark sunglasses – and turning his phone to silent-stealth mode.

My Scorpio Male Hero is Drake, born when the sun, Pluto, Mercury and Venus were passing through the Scorpio sign, adding to his Scorpionic ways…

Bruce Lee is a Sagittarius (Sun and Rising Signs) but he has his Moon, Venus, Mercury and masculine Mars in the sign of the Scorpion.

Zac Efron may be a Libra but his Venus, Pluto and Mars are all in Scorpio! Similarly, Snoop has sun in Libra with Mercury, Venus and moon in Scorpio.

Martin Scorsese has Mars, Mercury, Sun and Venus in Scorpio…

Gavin Rossdale is super Scorpio. The ex–other half of Libra lady Gwen Stefani, Rossdale was born with Scorpio rising, and sun and Mercury in the sign AND Neptune rising, just like Gwen… 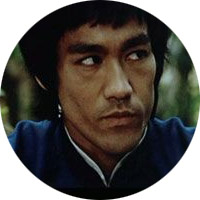 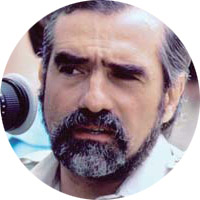 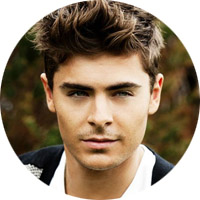